The A Listers ensured they matched their looks as they caught up together in the trendy district. 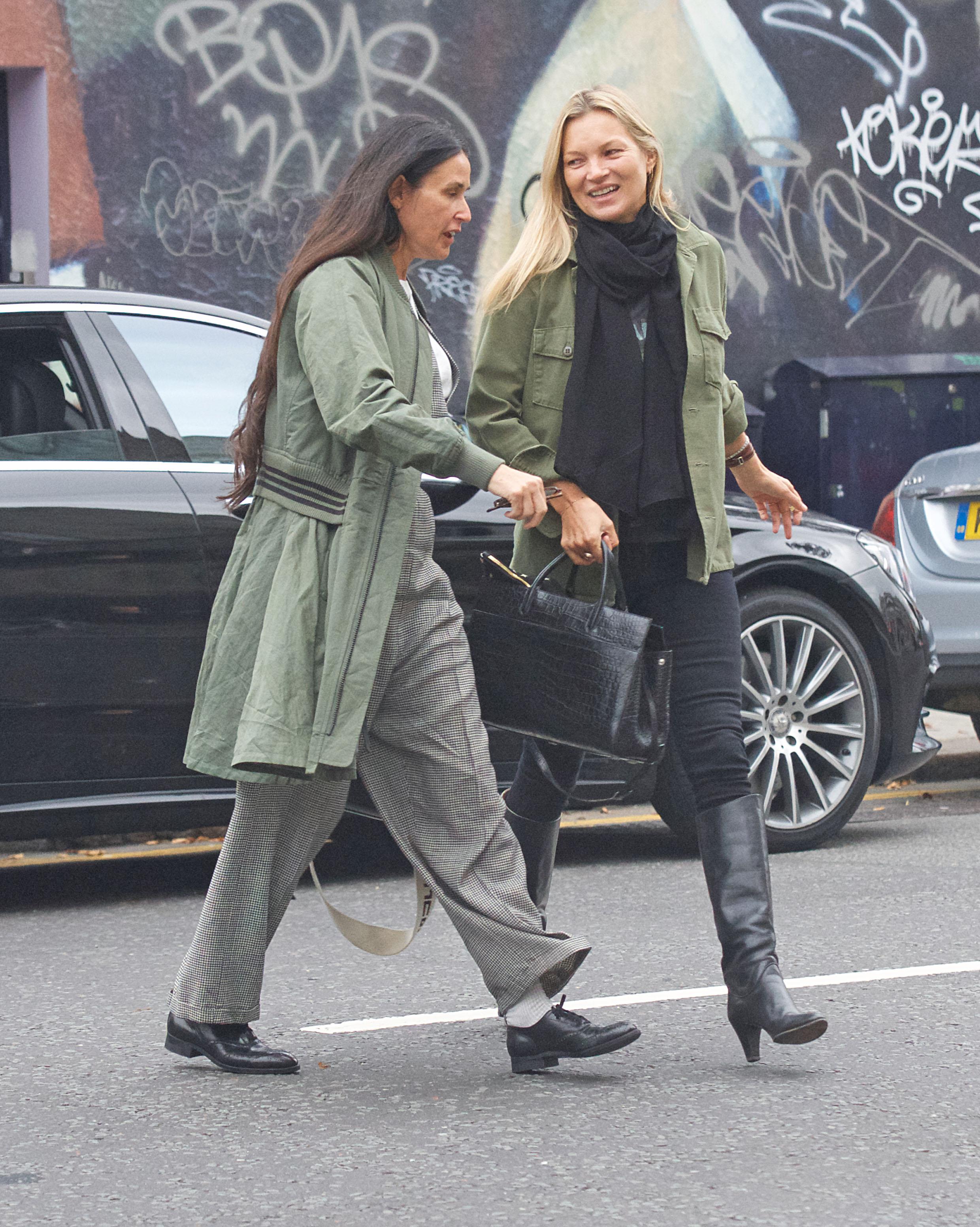 Embracing each other warmly, Kate and Demi looked pleased to see each other.

The supermodel was later seen laughing animatedly, clearly amused by her companion.

Kate's known for being a certified trendsetter and it seems that this occasion was no exception.

Demi appeared to have followed suit, wrapping herself up in a khaki coat just like Kate. 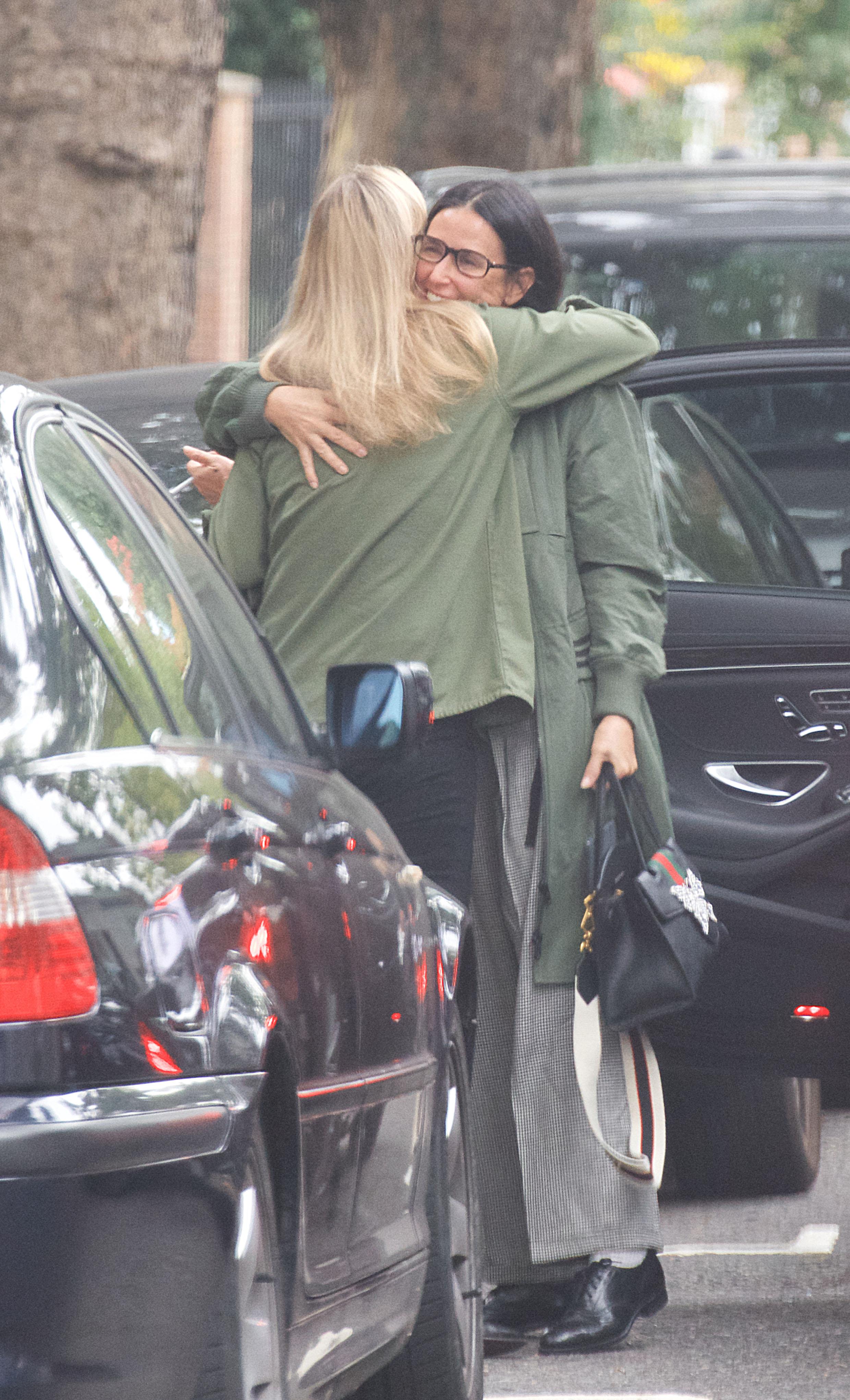 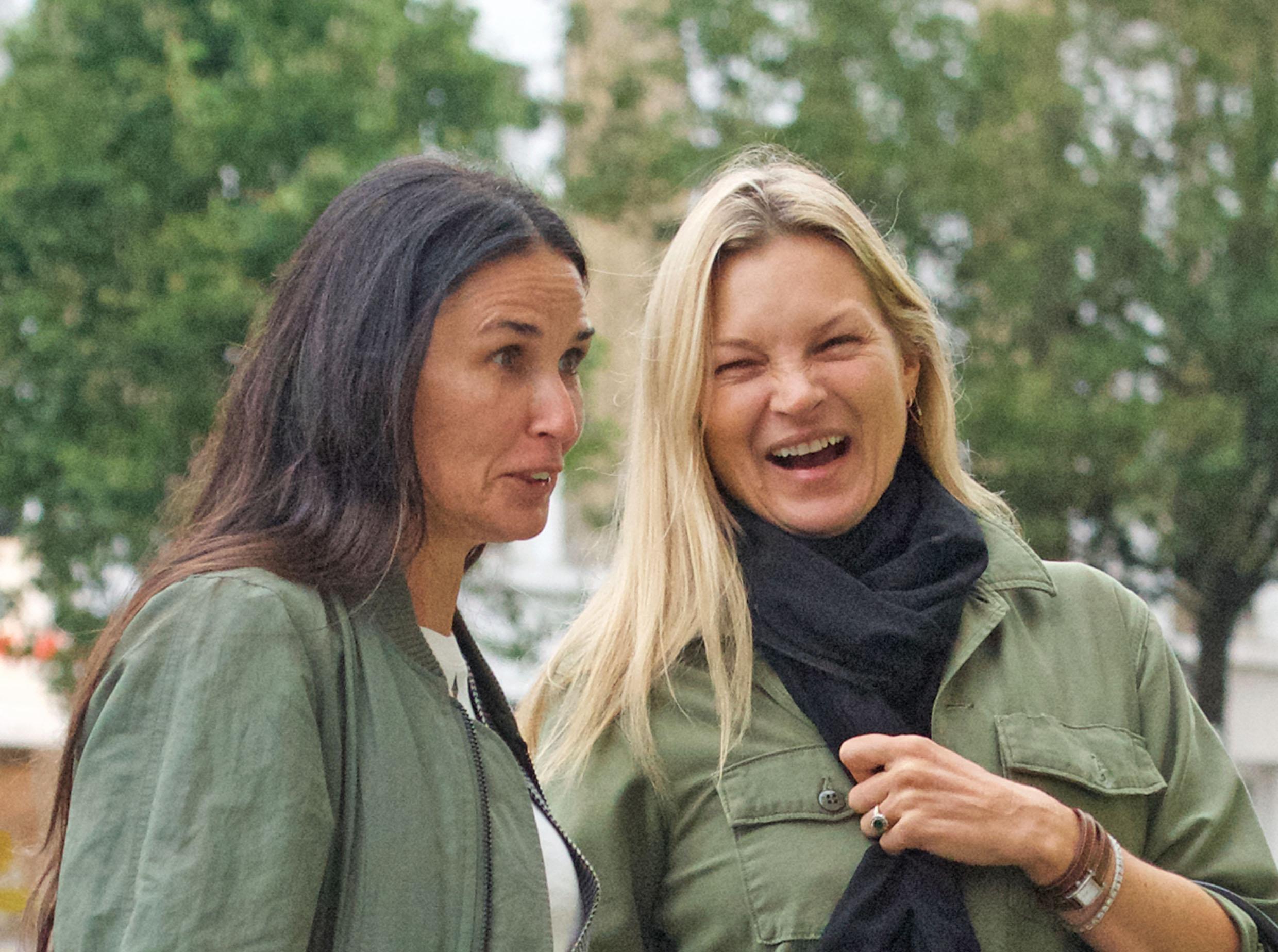 While Kate finished her look off with black skinny jeans and knee-high heeled boots, the actress opted for a more edgy look.

The Ghost star wore a tweed play-suit and brogues for their jaunt.

Kate and Demi may seem like an unlikely pairing but the duo have been friends for years.

The two circulate in the same fashion circles and share a lot of friends in common. 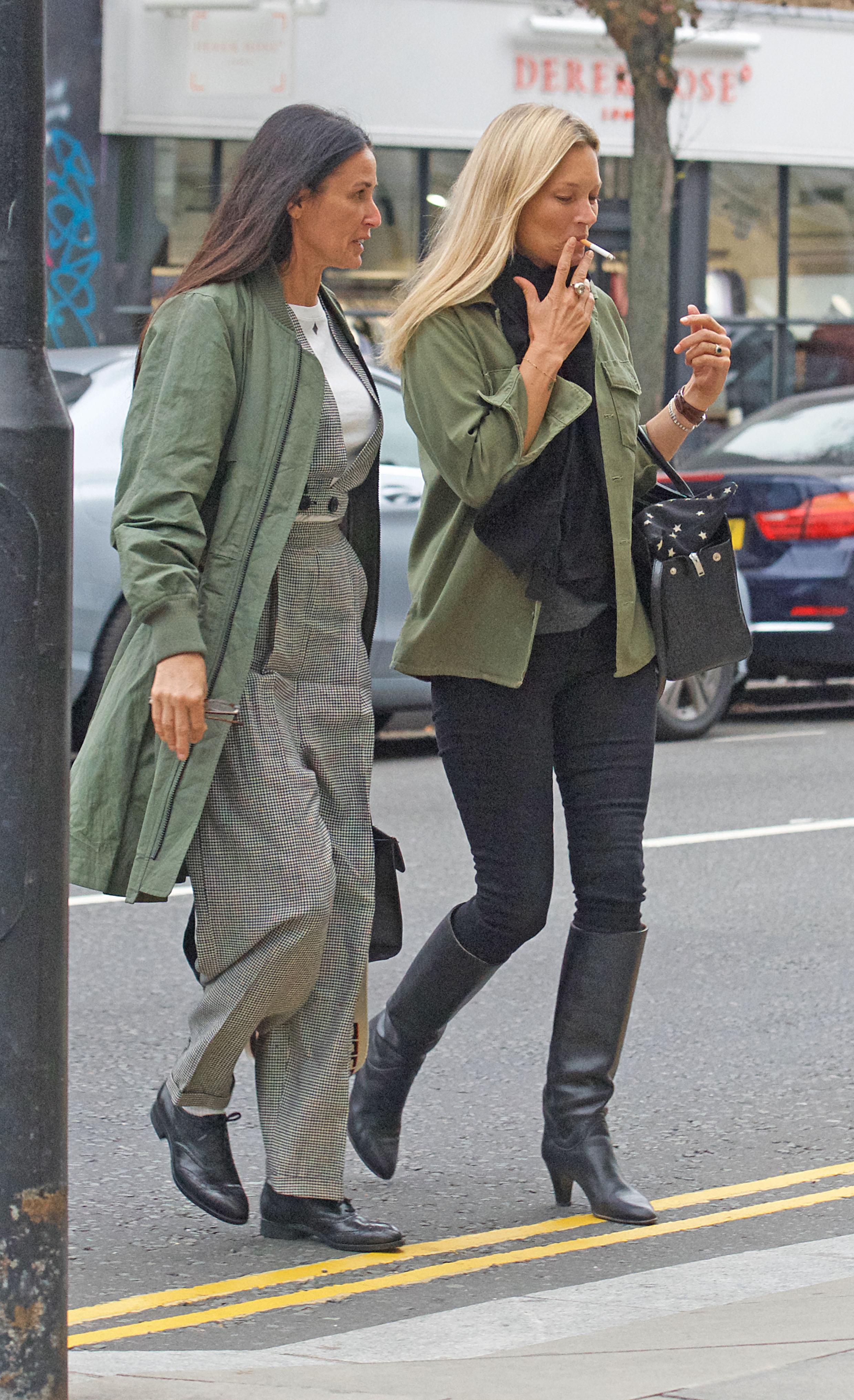 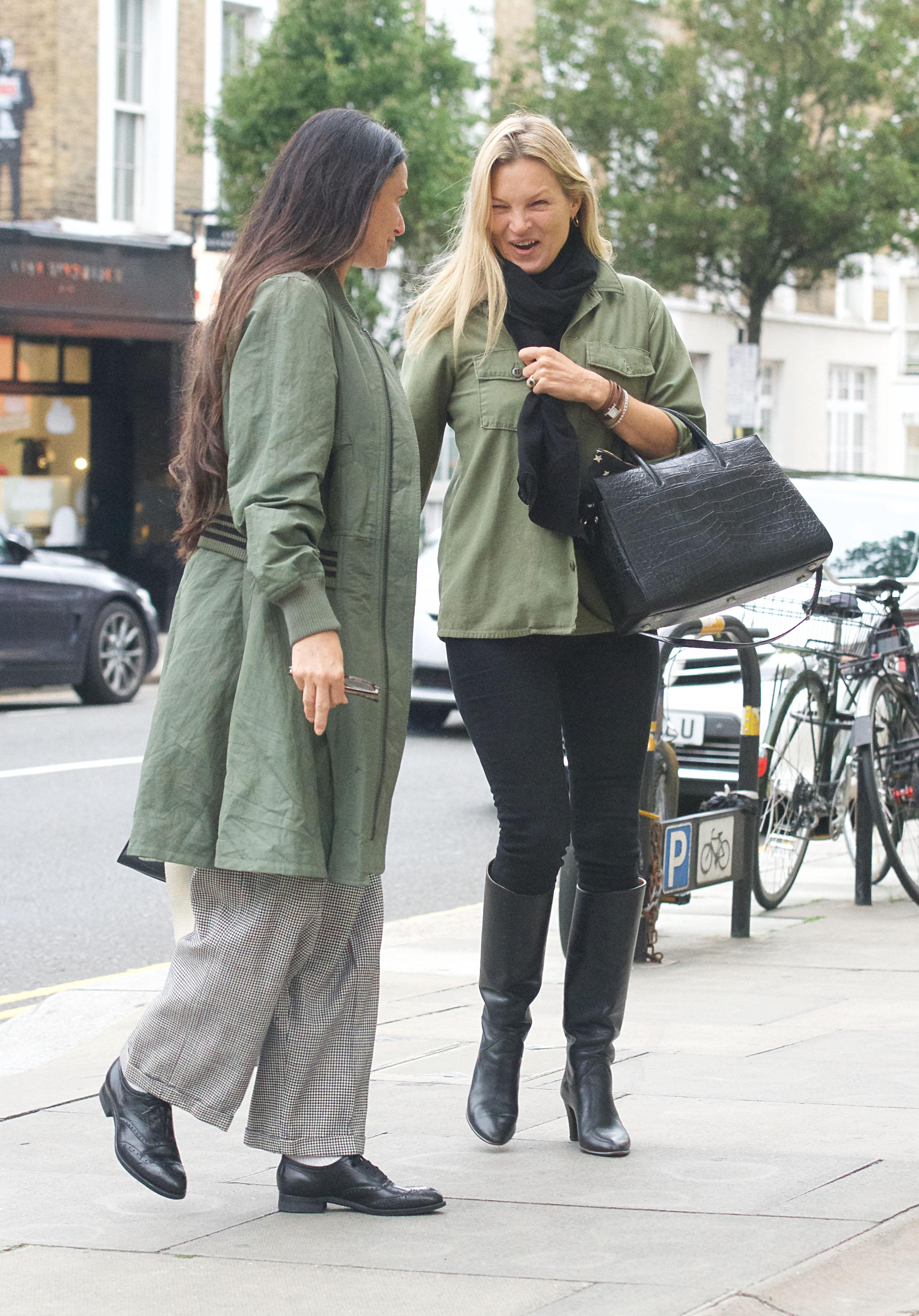 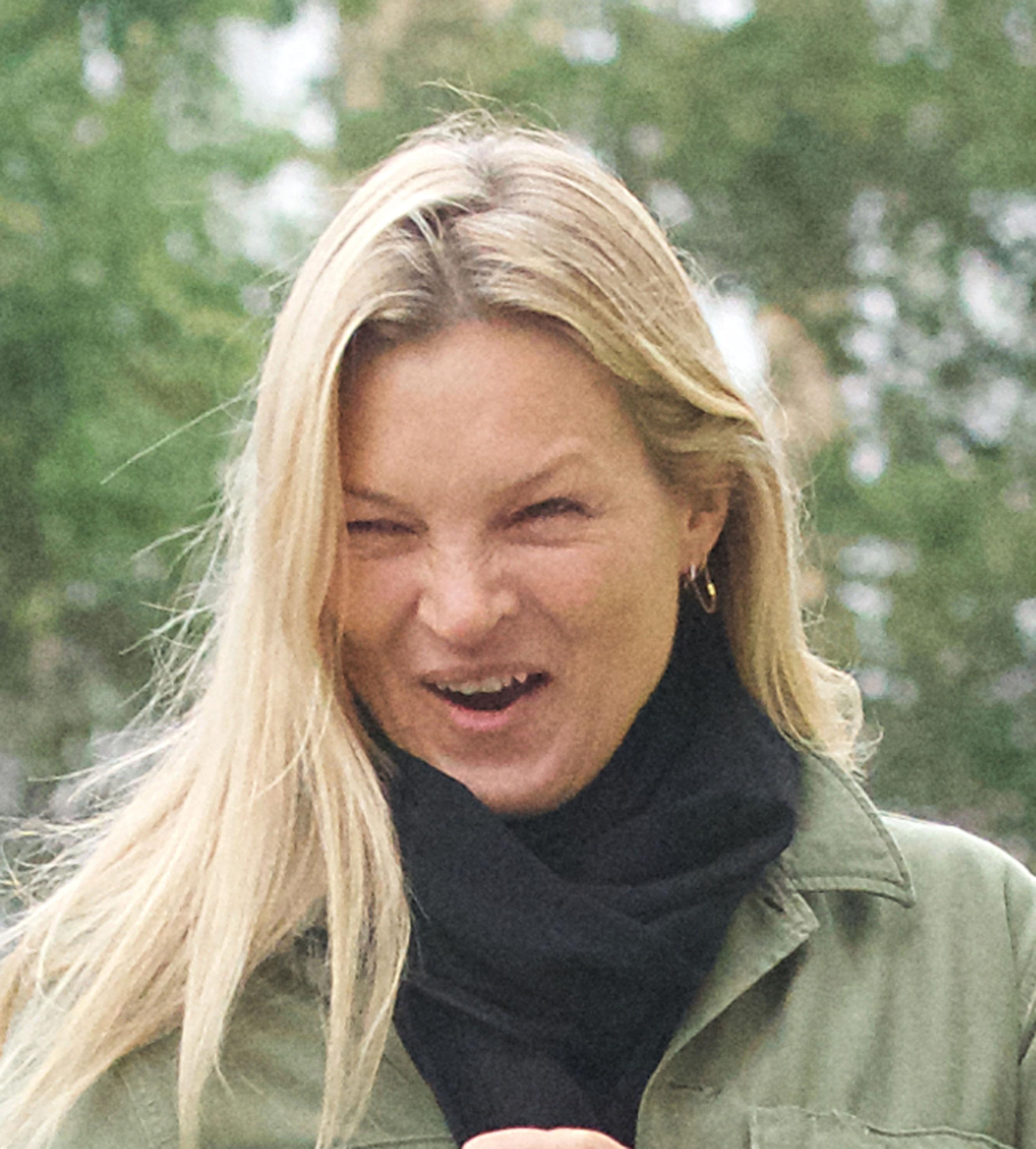 In 2012 both flew out to Jodhpur in India for Naomi Campbell's swanky two-day birthday bash.

And by the looks of it they've clearly maintained their friendship.

Though Kate was spotted puffing on a cigarette on her trip with Demi, she's recently turned her back on her former boozy lifestyle.

Kate’s younger sister, Lottie, 20, revealed: “Kate is not drinking any more, she is fully clean. She’s settled down and is happy with her new guy.”

Swapping booze for green juice, Kate has been teetotal for a year, goes to the gym three times a week and uses anti-ageing supplement Lumity.

She also follows an 80/20 diet where she is careful what she eats 80 per cent of the time, but has what she wants for 20 per cent.

And it certainly seems to be working – age-defying Demi and Kate could have easily been mistaken for women half their age.