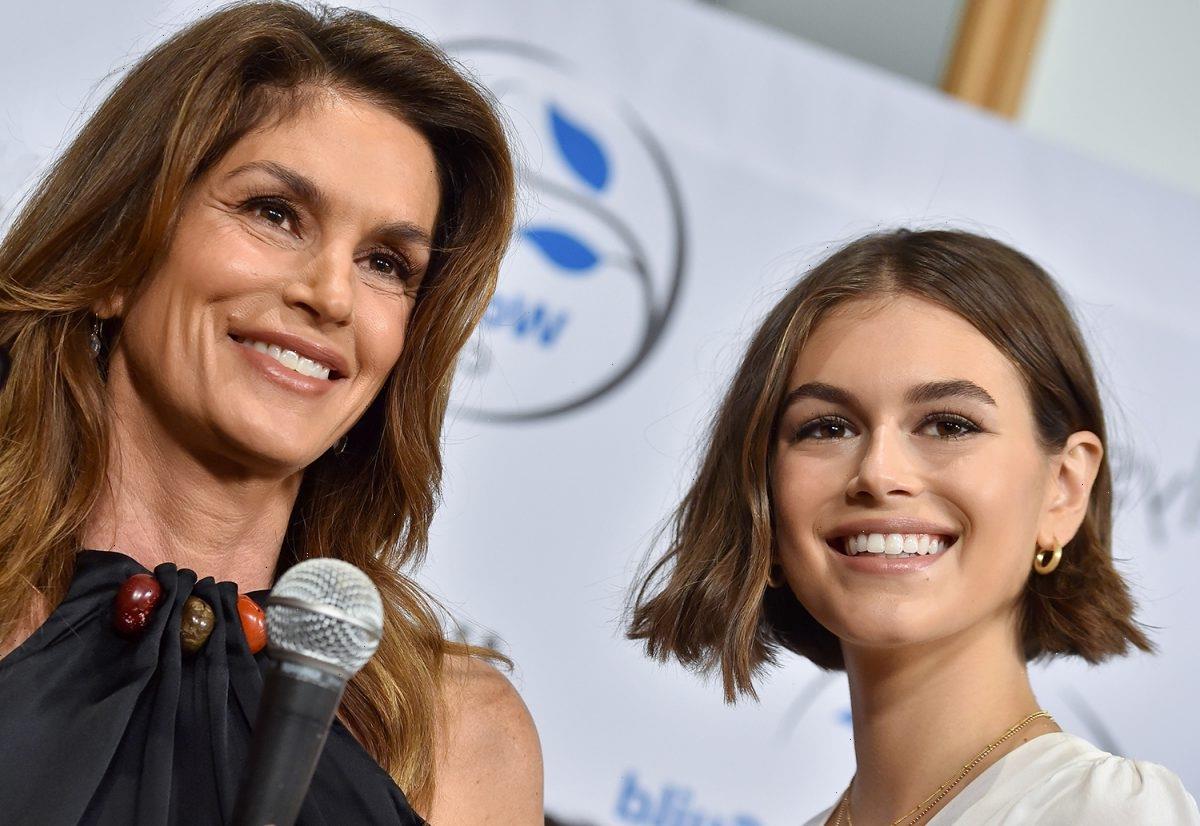 Gerber appears in the first two episodes of American Horror Stories, “Rubber (Wo)man Part 1” and “Part 2.” The story follows a teen named Scarlett (played by Sierra Mccormick), who moves into the infamous Murder House with her dads. She finds the Rubber Man suit, which gives Scarlett dark and murderous urges. She soon meets and falls in love with Ruby (Gerber), a violent ghost trapped in Murder House. Together, they wreak havoc on the home’s many spirits.

The model also appears in American Horror Story Season 10, called “Double Feature.” Gerber plays Kendall, a college student and Luddite. During a night out, Kendall convinces her three best friends — Cal (Nico Greetham), Jamie (Rachel Hilson), and Troy (Isaac Cole Powell) — to go on a technology-free camping trip with her in the desert. However, their fun trip is soon interrupted by a mysterious light that somehow impregnates all four of them.

Speaking to Entertainment Tonight, Gerber explained that she felt Ruby and Kendall were very different characters but interesting in their own ways.

“It was a really good transition to go from quite a dark and sometimes mean, for her own reasons, character to a more lighthearted and fun character like Kendall,” the actor said. “[Kendall] is very smart and very passionate. And I like that she is the kind of girl who runs toward the scary thing.”

Before Gerber landed her American Horror Stories role, she had a memorable audition experience. As she explained to ET, taping her audition at home meant she didn’t have a proper scene partner to run lines with. So, she enlisted the help of her mother. The scene involved a moment between Scarlett and Ruby, so having her mother playing the role of her girlfriend felt awkward for Gerber.

“It was, as you can imagine, a little bit uncomfortable to do with my mom. But she was a trooper and helped me a lot,” Gerber said.

Later, when her parents watched American Horror Story Season 10, Gerber had to warn them about her brief but intimate scene with Kendall’s college professor.

“They knew what they were being subjected to. And especially my dad, I was like, ‘Hey, for two seconds, you might want to close your eyes,’” she added. “But they were troopers about it.”

Still, having support from her parents meant the world to Gerber.

“It was fun to see their live reaction to it. I’m still like the kind of kid that when something happens, I look up to my parents to be like, ‘Did you like it?’” she said.

“Half of my life I’ve spent religiously watching American Horror Story. I’ve seen every season, and I know how all the different storylines connect,” she said. “And so, when I joined the world, there was part of me that was really nervous because so many people that I look up to are solidified in this world. And someone who was really wonderful was Sarah Paulson, who I felt from the time that it was announced that I was going to be in it really supported me.”