Julie and the Phantoms made its debut on Netflix earlier in 2020 and the titular character (played by Madison Reyes) is a young music student. She was mourning the loss of her mother until she encountered three phantoms – Luke (Charlie Gillespie), Reggie (Jeremy Shada) and Alex (Owen Patrick Joyner) who helped her find her voice again. Soyon An, the costume designer for the series, has spoken exclusively to Express.co.uk about how she achieved the looks and how she managed to dress ‘ghosts’.

How can ghosts change outfits in Julie and the Phantoms?

Julie and the Phantoms was executive produced by Kenny Ortega, who was one of the leading lights behind the High School Musical films.

In his latest venture, the band members of Sunset Curve are due to perform in LA and the year is 1995.

But after eating some rancid hotdogs members Luke, Reggie and Alex all die before their big show, and they are not discovered again until 25 years later.

In 2020 Julie Molina has lost her spark after her mother died, and she had switched off from music. While searching through her mum’s things in her studio she came across a Sunset Curve CD, and when she played the CD it summonsed the three phantoms.

The three boys encourage her to find her voice again and they form the band Julie and the Phantoms. 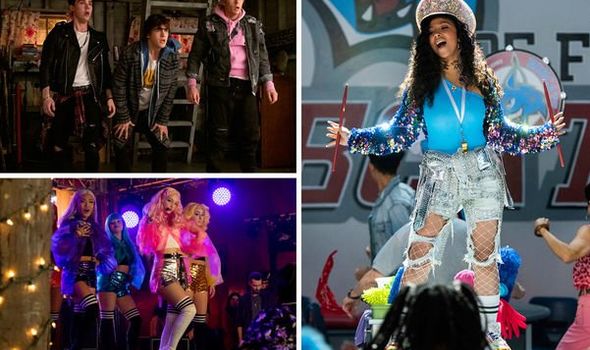 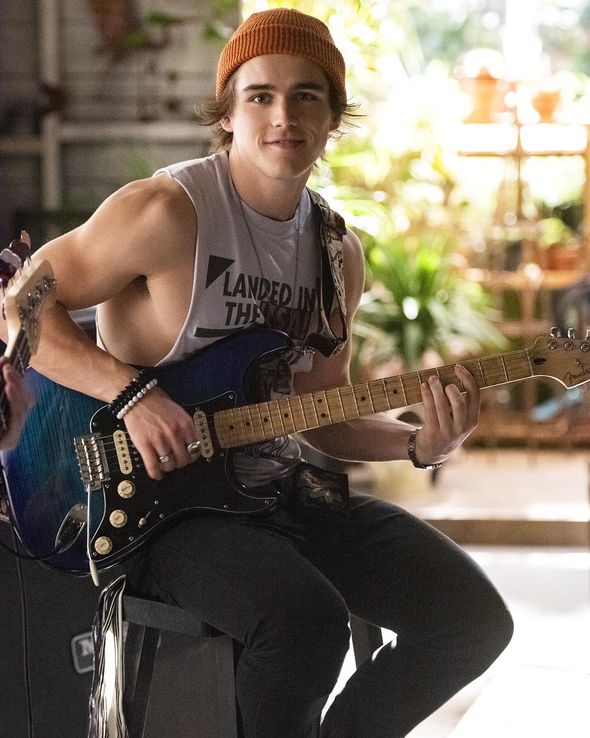 As Julie performs on stage, the music helps the boys materialise and they can once again be seen by the crowds.

The band members have caught the attention of many viewers, and they all took to social media to share their thoughts on the unique looks.

Soyon An told Express.co.uk it was a totally new experience having to dress phantoms.

She said: “It was my first time dressing ghosts, I have never had to do that before. I work with a lot of music artists and live shows creating

a band image, that was all very familiar.

“The thing that stands out was I have never had to design anything for ghosts. We were working with a blue and green screen so I had to be conscious of colour choices.” 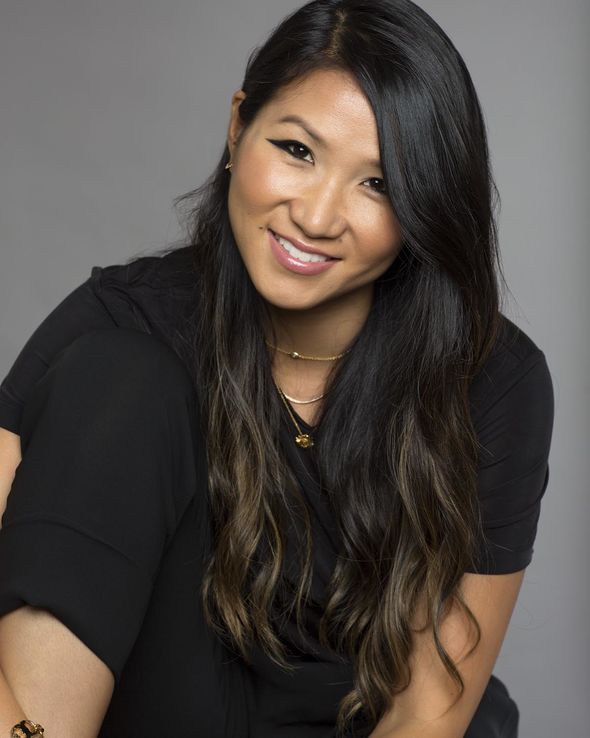 The designer drew on inspiration from some classic boy bands including N Sync and Backstreet Boys, but she wanted the phantoms to each have their own individual look.

She brought back cut off tank tops, velcro wallets, black leather jackets and skinny jeans, saying: “It was just bringing back those timeless, classic pieces”.

With Luke, Soyon said she wanted to recreate the “heavy metal kid”. She said: “He left his home for his music, he is creative and he has a black and white bandana which is like his good luck charm.”

Fans may be curious to know how the ghosts were able to change their outfits, as they are unable to touch certain objects.

Soyon revealed they had been carrying a backpack of clothes, which had come from their attic, which they could touch and change into throughout the series. 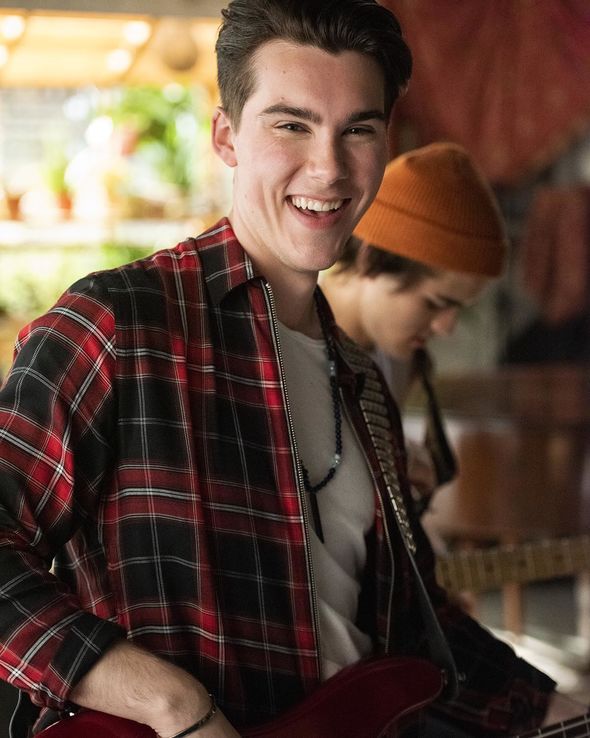 She said: “They had a different backpack of clothes so they could change and they had stuff in their attic that they can touch.

“Luke had stuff as he ran away and the others had wanted to change after their performance.”

When it came to styling Julie, Soyon said she collaborated closely with Ortega to come up with her colourful costumes.

She said: “Working with Kenny was a dream, we were cut from the same cloth and we lived in the same colourful, sparkly, fabulous world.

“When I was reading the script for Julie she was so undertoned and tries to be hidden, and she emerges into this star. I wanted to show this journey.

“She was effortlessly chic and embraced the high waisted pants and graphic tees inspired from her mom’s closet.

“I wanted to reinstate innocence and youthfulness, I like the dress looks but didn’t want to lose her tomboyishness.”

The series has gone down a hit with fans and they are already calling for a season two so they can see more of Julie and her new friends.

Another fan added: “No offence but Julie and the Phantoms is the best show to come out of 2020.”

Soyon and her team’s work has not gone unnoticed as fans have praised the series for its music and quirky costumes.

One fan said: “Ok but we need to appreciate the stylists of Julie and the Phantoms whoever they are, they did a freaking good job, like those costumes are fire.”

The series has essences of Hannah Montana and High School Musical, as well as Camp Rock, but fans of all ages can appreciate its uplifting qualities.

Julie and the Phantoms is on Netflix now