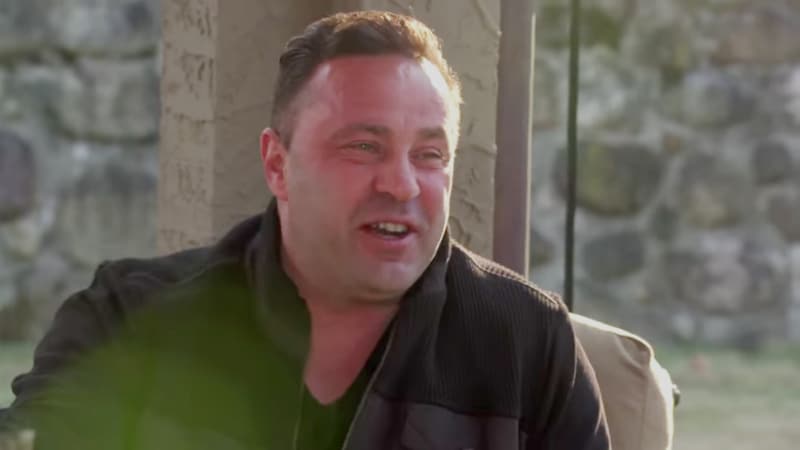 Joe Giudice won’t be released from prison until 2019 but a judge has already ruled that the Real Housewives of New Jersey husband won’t be allowed to stay in the U.S. when that date comes. Ever since heading to prison to serve his sentence for dozens of fraud charges, the threat of deportation has loomed over Joe’s head and now, it looks like that is becoming a reality.

According to Radar Online, Joe Giudice has been ordered to be deported back to Italy following the completion of his prison sentence. The judge reportedly explained to Giudice that he ruled on the deportation case based on the law before suggesting that the decision could be overturned if the RHONJ star appealed but that must be filed by November 9.

“Based upon the law, I find you deportable and ineligible for any kind of relief,” Judge John Ellington reportedly told a shocked Joe Giudice. The judge’s decision was announced on Wednesday in Pennsylvania’s York Immigration Court.

Joe didn’t attend the hearing in person. Instead, he was teleconferenced in from prison so he could hear what the judge had to say about whether or not he could continue living in New Jersey.

When news of Joe Giudice’s deportation proceedings first came up, the possibility of Giudice being exiled from the U.S. seemed laughable. When previous reports began to circulate, Joe’s attorney shut them down, insisting that his legal team was working hard to keep Joe in the U.S. but notice how carefully he spoke about the possible deportation.

“Mr. Giudice has immigration counsel who are and have been working aggressively on his behalf so that he can return home to his wife and four young daughters and we remain optimistic that that is how this will end,” James J. Leonard Jr. told People back in January.

Joe Giudice has made it clear that he does not want to be deported to Italy. Though he was born there, he moved to the United States as a baby and grew up in New Jersey. The U.S. is all Joe knows, not to mention that his family is here.

When Joe learned news that he was this much closer to getting a one-way ticket to Italy after getting out of prison, he reportedly broke down. After pleading with the judge to just let him tell his side, Joe figured it was time to let the family know.

“I have to go back and tell my kids this, and they’ve been waiting to hear from me,” Joe said of his wife Teresa Giudice and their four daughters.

Now, the biggest question many Real Housewives of New Jersey fans may have is whether Teresa and their girls will be heading back to Italy too.

The Real Housewives of New Jersey returns on Wednesday, Nov. 7 at 9/8c on Bravo.