Jim Bob and Michelle Duggar’s kids have all gotten a ton of attention over the years. But it’s Jill Duggar and her husband, Derick Dillard, who are making the biggest splash. At the end of 2019, Derick told his Instagram followers that he and Jill don’t see the other Duggars very often, as they’re not on good terms. And he’s since spoken out even more against Jill’s family and TLC.

Now, Derick’s speaking on podcasts, too — but it’s not all about the Duggars. He’s also talking about his parenting tactics and how he and Jill are choosing to raise their sons, Israel and Sam. And he recently told the First Class Fatherhood podcast that he thinks it’s important to “train” children.

Jim Bob and Michelle instilled seriously strict rules in their household. From what the Duggars wore to how they entered courtships, everything was monitored. And Jill and Derick appear to be less strict with their kids. It’s clear Jill has relaxed her dress code, and she’s even enrolled her oldest son, Israel, into kindergarten, which would be a definite no-no in the Duggar family household.

Despite Jill’s strides she’s making toward modernity, she still gets serious flack for her parenting. Prior to Sam’s birth, Jill and Derick took a missionary trip to El Salvador — and they took Israel with them. Jill and Derick were reportedly not licensed missionaries at the time. And fans slammed them for ignoring the warning signs for the Zika virus, especially with a child in tow.

Not only that, but Derick talked about “training” his kids before. “He’s a good little helper 🙂 training him young lol ;),” Derick captioned an Instagram post of Samuel pushing around a mop. This, of course, received tons of backlash.

Many Duggar followers suspect the couple blanket trains their kids

….and….one hour ago this handsome papa wrapped up his second year of law school! 🥳 Whoop! Whoop! 🤗 . . Now he’s on “break” for a couple weeks before summer classes and job start! . . #lawstudentlife📚 #summer2020 #covid #2L #rising3L . . And we are off to deliver @grubhub together now. 🤗

There’s also been concern amongst fans that the Duggars use blanket training as a method of teaching their kids. The technique was first introduced by Michael and Debi Pearl in their book, To Train Up a Child. And it’s used to teach children how to obey rules when they’re just infants.

Parents who want to try blanket training are advised to place their baby on a blanket. When the child tries to leave the blanket, parents are to reprimand the child, sometimes physically, so they don’t leave the blanket again.

There’s evidence to suggest Jill and Derick have used blanket training in the past. In 2015, they posted a photo that’s now deleted showing one of their children wrapped in a blanket, which is apparently another way of practicing the controversial parenting method.

Derick talked on a podcast about training his children 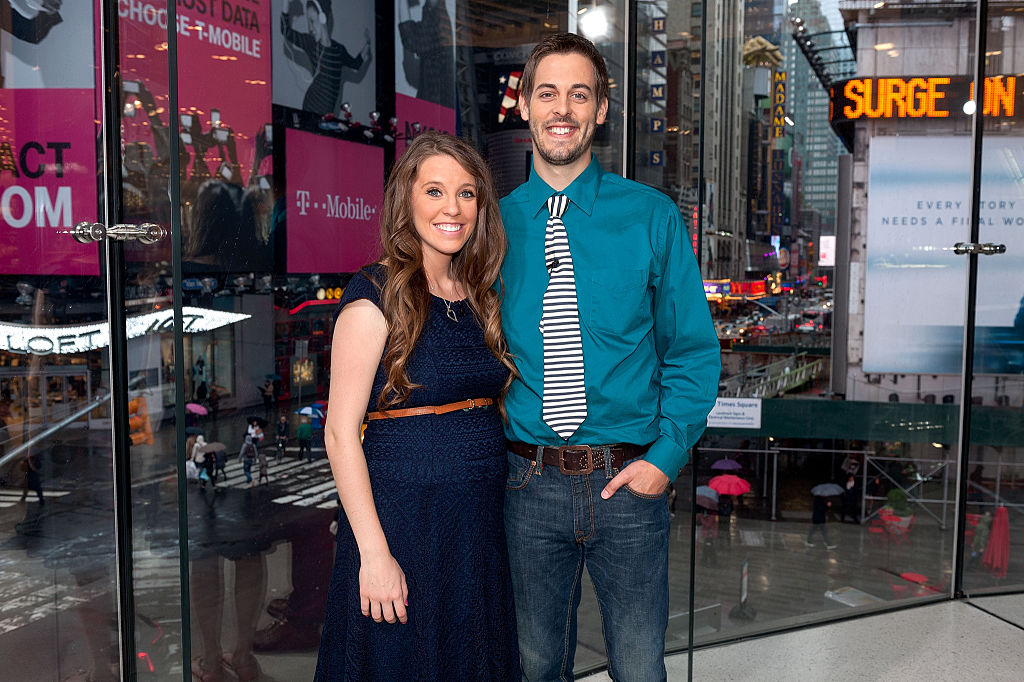 Derick talked on the First Class Fatherhood podcast about parenting — and it’s here he mentioned the idea of training his kids once again.

“I think it’s really important and a big job as a parent to train your child. And that word has a really negative connotation, but all it means is directing your children, helping them understand the way that life is, because otherwise people get into adulthood and get a rude awakening,” Dillard said on the podcast.

He then mentioned that he thinks it’s important for children to learn “good character, honesty, and treating people the right way” from their parents. “You’d rather learn that as a kid than in a harsh way when you’re older and people don’t really care about your feelings as much,” he added.

Derick then clarified that he parents “lovingly” and tries never to show anger. And he hopes to instill “respect for each other” and “putting yourself in other peoples’ shoes” in his kids.

We’re curious to see how Jill and Derick continue to parent their kids as they age!