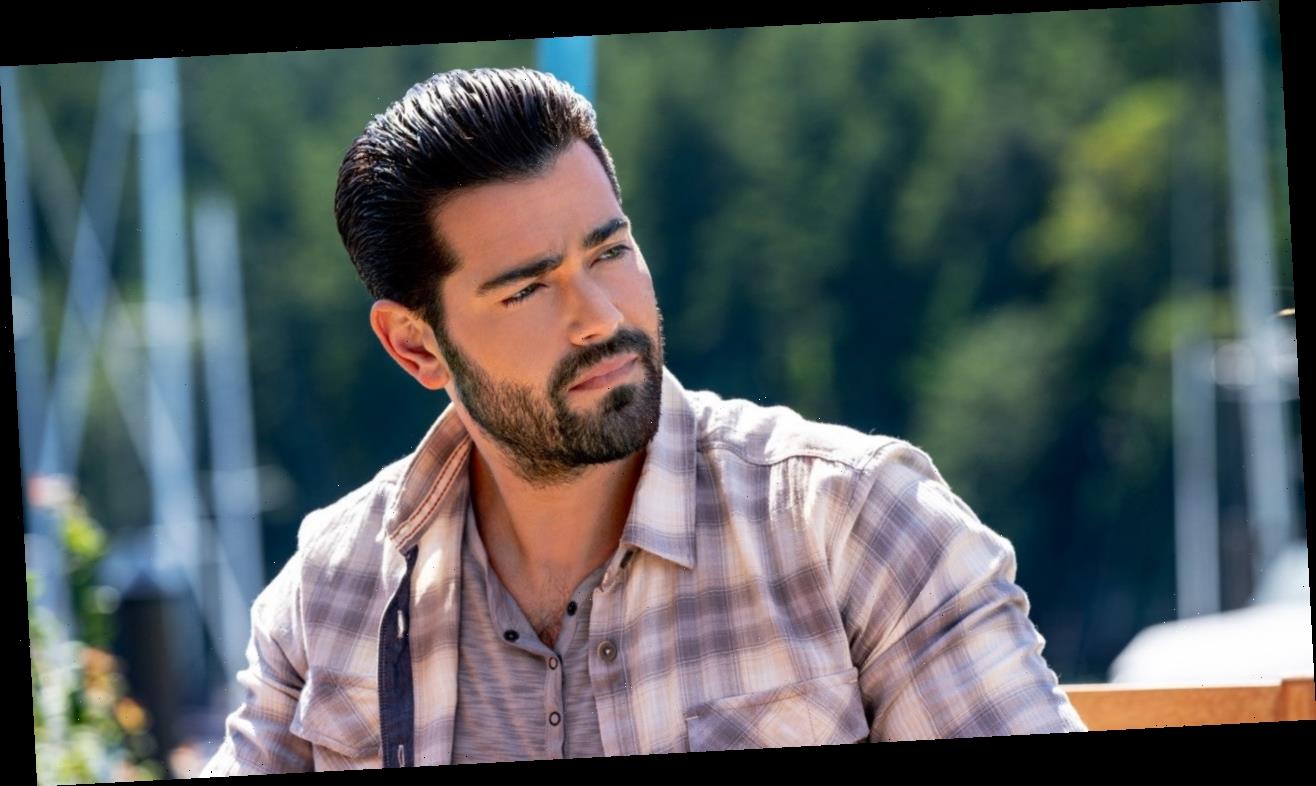 A major cast shake-up at Hallmark. Chesapeake Shores, the multigenerational family drama on Hallmark Channel, will be losing its male lead in the upcoming fifth season, ET has confirmed. Jesse Metcalfe is set to exit the one-hour series “early” in the new season, which was officially picked up last July.

Metcalfe, who plays singer Trace Riley, made the decision to depart the series.

“A new season of Hallmark Channel’s highly popular scripted series, Chesapeake Shores, is returning this summer. Jesse Metcalfe, who plays Trace Riley has decided to leave the show. His character’s storyline will wrap up early in season 5,” Hallmark said in a statement to ET confirming his exit. “Jesse is a valued member of the Crown Media family; we look forward to continuing to work with him on projects, including original movies on Hallmark Channel, as well as his Hallmark Movies & Mysteries’ movie series, Martha’s Vineyard Mysteries, the next installment of which premieres on May 16. In addition, we are currently in development on another movie in the series.”

Metcalfe acknowledged the surprising news on his Instagram Stories Wednesday afternoon, confirming that his time on Chesapeake Shores was coming to an end sooner than expected.

“Well, I guess the cats [sic] out the bag! It’s with a heavy heart that me and Trace will be saying goodbye to Chesapeake Shores,” he wrote. “I’m sorry to all the #chessies #Trabby & Trace Riley fans out there, you guys have been absolutely AMAZING! And what an incredible journey the last 5 years have been!” 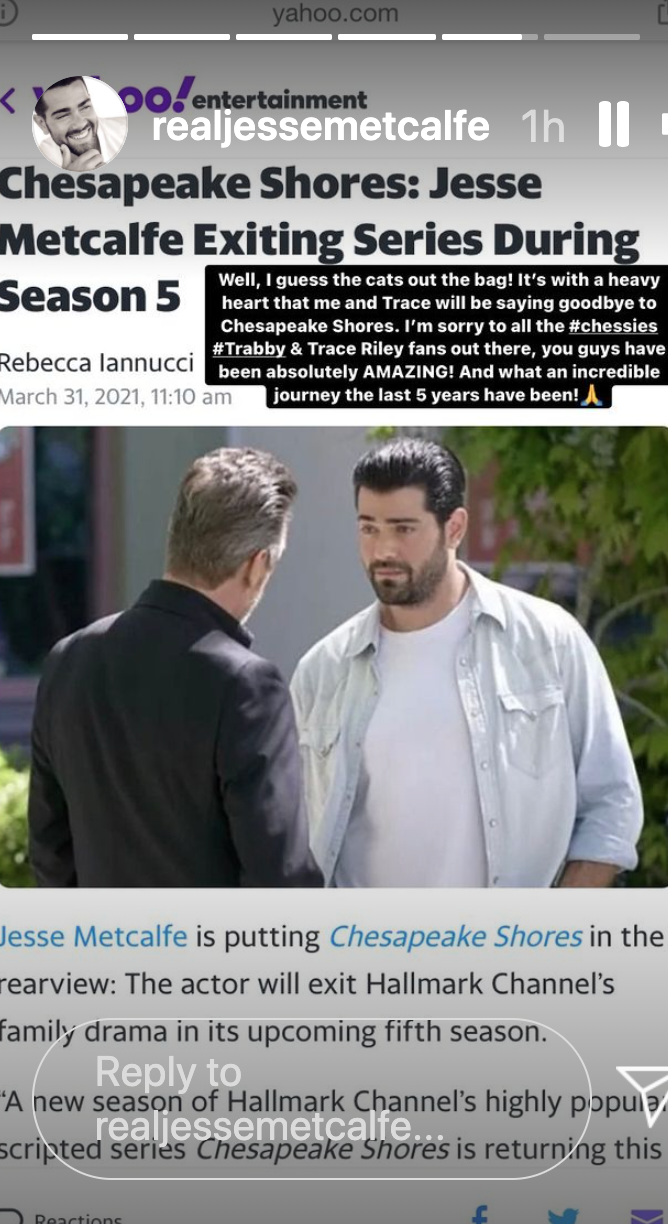 Chesapeake Shores centers on the O’Brien family, after the homecoming of eldest daughter Abby O’Brien (Meghan Ory), a high-powered career woman and divorced mother of two, and Abby’s rekindled relationship with her high school sweetheart, successful singer-songwriter Trace Riley (Metcalfe). In the recent season 4 finale, which aired September 2019, Abby and Trace seemingly got back together after spending the season apart and entertaining new love interests.

ET’s Deidre Behar sat down with Metcalfe ahead of the fourth season last August, where the actor opened up about why the series has struck a chord with its fanbase.

“I think with Chesapeake Shores, we’re trying to tell a very grounded, real story and I think sometimes the Hallmarkies tend to live in this utopian world and that’s just not the story we’re telling here,” he said. “We’re telling a story about real life. There’s ebbs and flows in real life and things are not always perfect but if something is meant to be, then it will be.”

For more on Metcalfe’s sit-down, watch ET’s exclusive interview below.