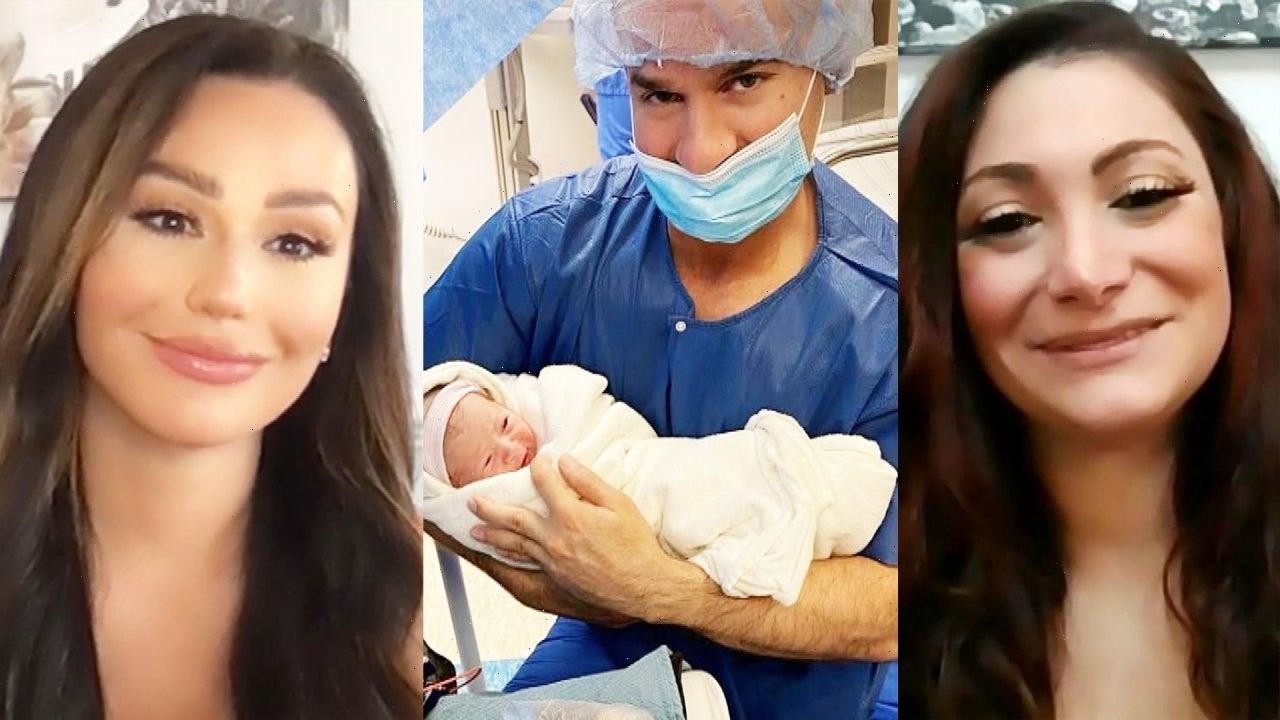 Jersey Shore: Family Vacation is about to get crazy, because Nicole “Snooki” Polizzi is back!

ET spoke with Jenni ‘JWoww’ Farley, Deena Cortese, Vinny Guadagnino, Pauly D and Angelina Pivarnick ahead of the show’s return to MTV on Thursday, where they shared their thoughts on their co-star’s surprise return.

“She’s Snooki, so she had a really good time. She didn’t miss a beat, that’s for sure,” Deena shared. “It was honestly like she never left. She came back and it was like we were whole again. We were just so happy to have our Meatball back.”

“I thought she was done for good. I thought she was ready to move on and just be with her family,” she continued. “We all keep in touch every day. So once she knew that we had moved past [all the drama] with Angelina and things were settling down, I think that’s when she was like, ‘OK, maybe, mentally, this will be an OK time to come back.'”

JWoww agreed, telling ET that Snooki “never actually even answered us” about why she decided to come back.

“She wanted to come back and wanted to make the grand entrance — do it big and surprise us all,” she shared. “I was always optimistic, but I don’t know, I started crying because I actually, probably deep down inside, I didn’t think she was coming back.”

“I think it comes down to having a real relationship with each other, treating each other like a real family,” JWoww added, of how the cast sticks together during difficult times. “We have a sisters chat with just the girls and we talk every single day. I think that’s what helps us when it comes to the disagreements, the fights and the bitterness that can happen on reality TV. Because we will always choose each other over cameras.”

Around the time of her departure last year (amid a blowout fight between the ladies following Angelina’s November 2019 wedding to Chris Larangeira), Snooki told ET, “I just feel like people move on sometimes.”

“Having three kids and leaving and doing all of it is just really, really hard for me,” added the reality star, who shares three children — Lorenzo, 8, Giovanna, 6, and Angelo, 2 — with husband Jionni LaValle. “I’ve said this before but I don’t want to leave my kids and go into a toxic environment where there’s drama and I’m upset all the time. I just can’t do that. So, I just had to make a move.”

Angelina admitted to ET that despite all the drama, she was “really happy” to have Snooki back.

“We needed to have that sit-down, and, also, she’s my drinking partner,” she explained. “So to have her back and have somebody to let loose with me and just have cocktails with me and be, like, stupid, that’s something that I really look forward to when I see Nicole.”

“You’ll also see a lot of my relationship play out on this new season,” she teased. “I can’t really give too much away, but you’ll see that. The pandemic was not amazing to my relationship, I’ll put it that way.” 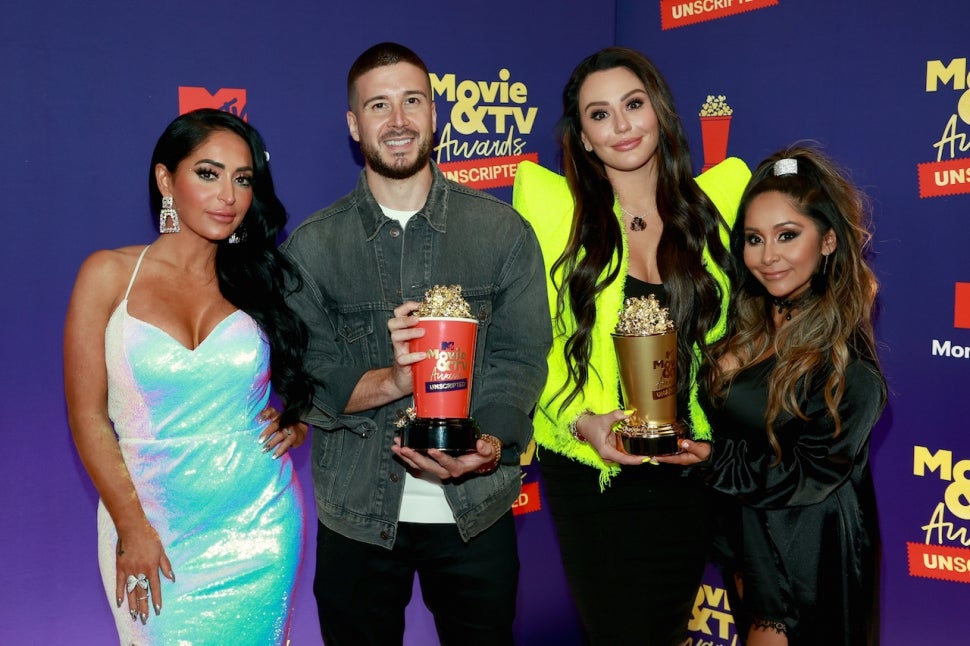 Of course, Snooki’s return isn’t the only thing Jersey Shore fans have to look forward to this season. During another portion of the interview, the cast also reacted to Mike “The Situation” Sorrentino welcoming his first child, son Romeo, with wife Lauren Sorrentino. At the time, they were patiently waiting to hear the happy news about the baby’s arrival.

“I’m so excited for them!” JWoww exclaimed to ET, as Deena gushed, “Oh my god, they are going to be the most amazing parents.”

Jersey Shore: Family Vacation returns to MTV on Thursday, June 3. Hear more from the cast in the video below.