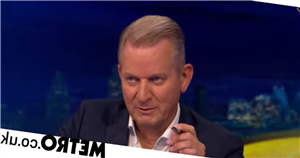 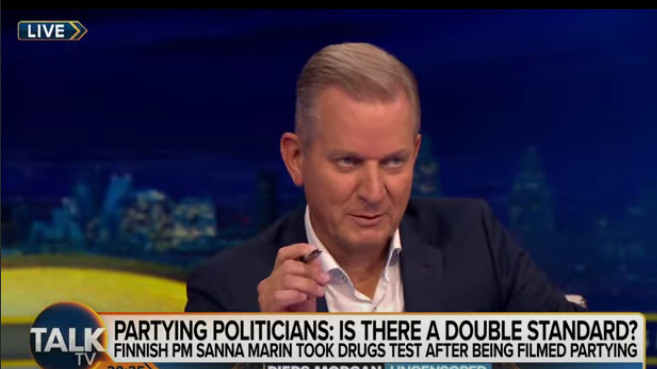 Jeremy Kyle has made a self-deprecative joke about his career – or lack thereof, according to him.

The former Jeremy Kyle Show host’s career suffered after his ITV show was axed in 2019 following the death of guest Steve Dymond.

Dymond died by suicide after appearing on the show, and his death sparked major scrutiny on how the show was run and how its guests were treated.

Kyle was absent from TV for three years following the controversy, but announced a return with his own show TalkTV earlier this year, which seriously divided opinion at the time.

It was confirmed in August that Kyle would be replaced by Vanessa Feltz as the permanent host of this current drivetime show as Kyle prepares to take a prime slot.

The former ITV presenter has now stepped in for Piers Morgan as the host of Uncensored as the regular presenter is on a break for the summer, and it appears the change in his career has not been lost on him.

On Thursday’s Uncensored, Kyle prepared to switch the conversation from Finland’s partying Prime Minister to the fact Rotherham has been named the first-ever Children’s Capital of Culture, despite horrific child sexual abuse having been uncovered in the city in recent years.

A clearly disgusted Kyle began by saying he was willing to bet everyone listening would be ‘absolutely disgusted’ by the decision – but got in a dig at himself in the meantime.

‘I am going to stake my – well, not my career because I haven’t got one.

‘I’m going to stake uh, what I believe, on my next thing.

Kyle’s prediction that his guests would be horrified by the decision proved correct, with Ava Santina asking: ‘What can you even say about that?’

The former ITV talk show host has been filling in for Morgan for a few weeks, and has made headlines of his own in the meantime, including for calling Scottish First Minister Nicola Sturgeon ‘that horrible woman up north.’

With Kyle’s primetime show set to launch sometime in the autumn, Feltz has been gushing over replacing him in his drivetime role after having spent two decades waking people up with breakfast shows on BBC Radio 2.

The star will step into the role of a three-hour show at 4pm from Monday to Friday from 5 September, saying it is her ‘mission to breathe fire into the microphone.’

‘After an elegant sojourn at the BBC I am effervescent with joy at the invitation to unleash my hitherto hidden side on Talk TV,’ she said in a statement.

‘I will relish full-throttled debate and the chance to have a personal passionate point of view at last.’