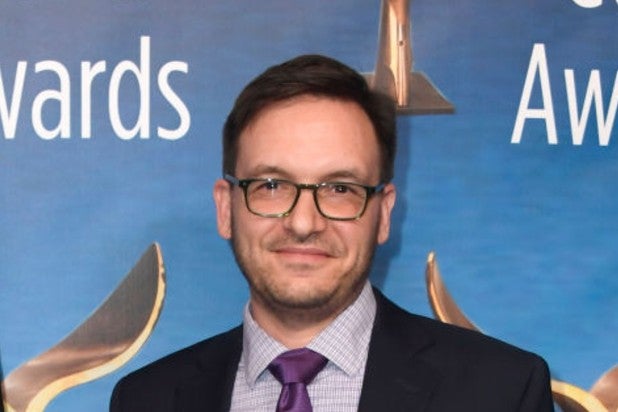 Colton won Friday and will return Monday in an attempt to extend his winning streak to three shows. He squeaked into the weekend by rallying in “Final Jeopardy”.

In third place with “Early U.S. History” on tap, Colton’s wager was conservative, but the other two contestants also missed, and his economics wizardry put him on top with $8,402. The winning answer? The XYZ Affair.

Colton, whose ABC show will debut April 7, discussed his “Jeopardy!” fortunes Friday while promoting his day job in a Television Critics Association panel.

“Thank you for bringing this up,” a joking Colton said, according to USA Today. “I was a little annoyed that none of the people before you brought it up. We’ll do a separate breakout TCA session later just to talk about it.”

Colton live-tweeted Thursday’s “Jeopardy!” episode, which was taped two weeks ago and he won with $9,201.

ABC ordered the Topher Grace-led comedy based on Colton’s life to series in December. John Aboud is executive producing along with Colton.

The comedy will mark Grace’s first return to series TV since he starred as Eric Foreman on Fox’s “That ’70s Show,” which aired from 1998 to 2006.

According to ABC, “Home Economics” takes a look at the heartwarming yet super uncomfortable and sometimes frustrating relationship between three adult siblings: one who’s in the one percent, one who’s middle class, and one who’s barely holding on.