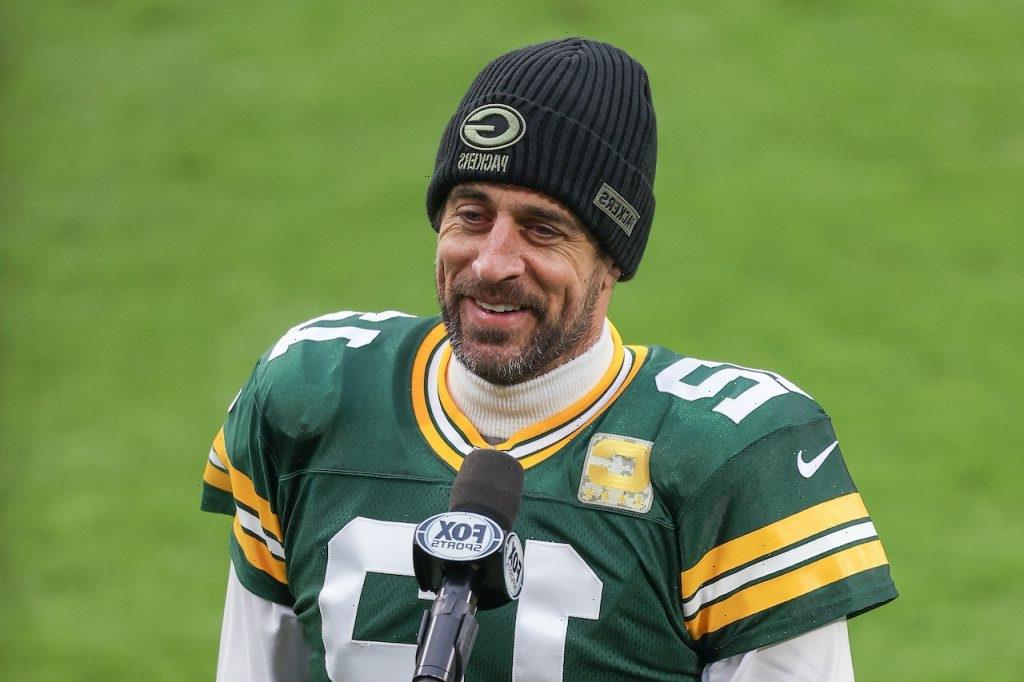 Aaron Rodgers is winning rave reviews in his off-the-field post on Jeopardy! Wrapping his two-week stint as guest host, the Green Bay Packer QB revealed some obstacles he had to overcome while at the iconic lectern.

Though the Super Bowl champ has faced countless challenges on the football field, serving at the legendary quiz board was a whole new ball game for the NFL star.

“I think it’s more the enormity — once you get into the gameplay — of realizing how ‘on’ you have to be,” Rodgers told The Ringer. “There’s no time to relax. You are literally dead-on focused.”

Rodgers tried to prepare for potential situations that could arise during game play.

“Every single time you read a response, it’s like there’s a flow chart of things that could happen,” he explained. “You have to understand every single scenario about how to respond and what to say: If this, then this. If they get the question right, what type of affirmative response do I want to give? If they get it wrong? What if nobody gets it right? If multiple people get it wrong and one person gets it right, how do I want to answer that person getting it right? There are a lot of different gameplay scenarios in each individual question and response.”

The Green Bay Packers star likened his role on Jeopardy! to how he commands the football field.

“What it takes to be successful on the field is incredible focus, but also an understanding of all things,” Rodgers explained. “As a quarterback, I don’t just have to know my job, I have to know every single person’s job on the field.”

“That’s what Alex did for so long — his reactions were so incredible because he was ready for every scenario and didn’t have to think about what he was doing at the podium anymore,” Rodgers remarked. “That’s what I was trying to get to in my headspace — to be so locked in on what I was doing that I could just react in the moment to any possible scenario that would come up. I think there was a lot of that poise that it takes to be a quarterback that I tried to take with me as the host.”

Rodgers admitted he immediately wanted to be on the roster of guest hosts for Jeopardy! As a winner of Celebrity Jeopardy! and longtime fan, Rodgers wanted to bring his A-game to the lectern and went to great lengths to prepare.

“I would watch the show on mute,” he said. “That was a good way to practice. …You’ve got to learn the form. It’s looking down to read the clue and then looking up to call on a contestant, and also understanding what the answer is in case none of the contestants get it right, and then realizing at that point that you’ve got to work on your posture and where you’re looking and know who you’re talking to when you give that response.”

Rodgers’ top priority was to pay homage to the game show legend that made ‘Jeopardy!’ a household name.

“There were so many little things that were important for Alex being so smooth,” he commented. “I just wanted to be sure I had down.”