The Ain't It Funny hitmaker, 49, shared the sizzling clip from behind-the-scenes of her new music video with rapper Bad Bunny. 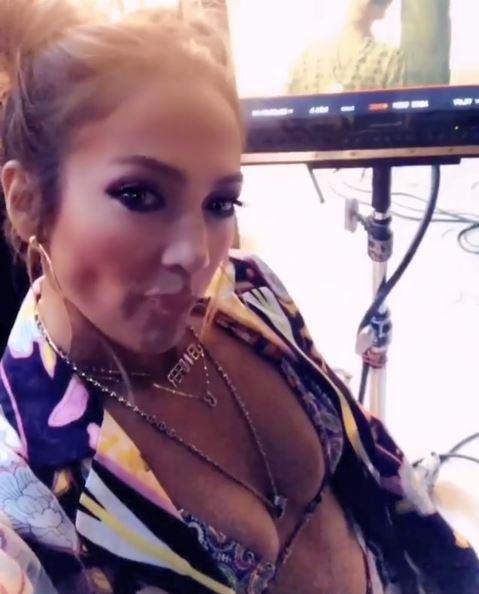 The songstress, who attended the Women In Hollywood Awards earlier in the week, donned a paisley print bikini top showed off her cleavage and taut tummy.

She teamed the skimpy garment with a colourful mixed print blazer with matching suit trousers.

Jennifer layered a number of necklace on top of one another and worked her hair into space buns, while adding dramatic make-up to the look.

In the short video, her 81million Instagram followers were treated to a glimpse of rapper Bad Bunny performing to the camera as a clip of her new single was blasted throughout the set. 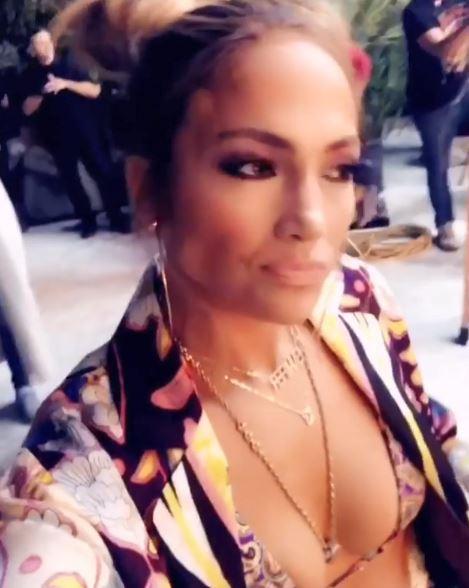 Last month, she was pictured showing off her peachy derriere while house hunting with partner Alex Rodriguez, 43, in LA.

She and the former baseball star, who have been dating for over a year, already own a £10million pad in New York.

Recently the couple – nicknamed J-Rod – narrowly avoided a run-in with Jen's ex-boyfriend Casper Smart as they dined out in West Hollywood. 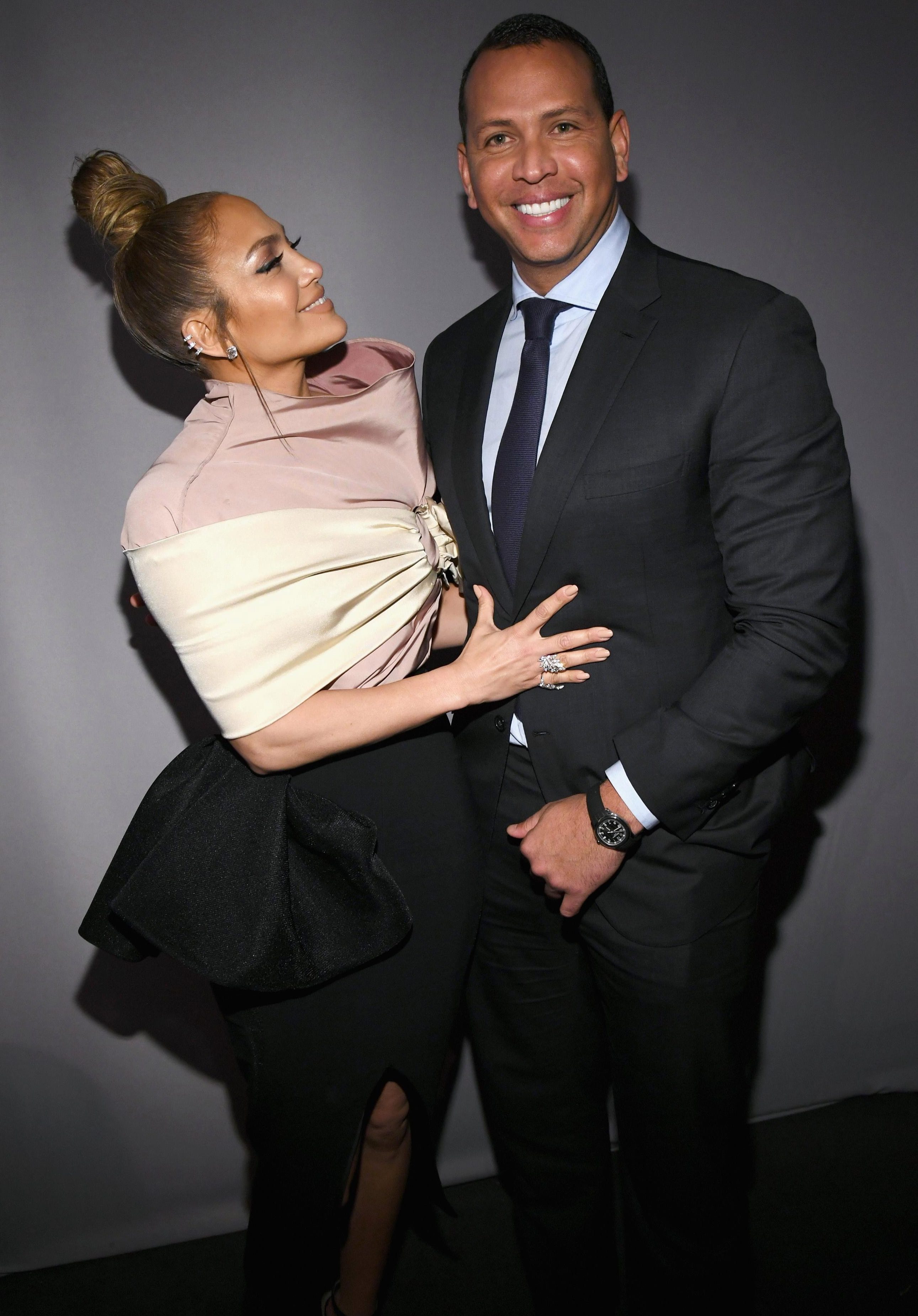