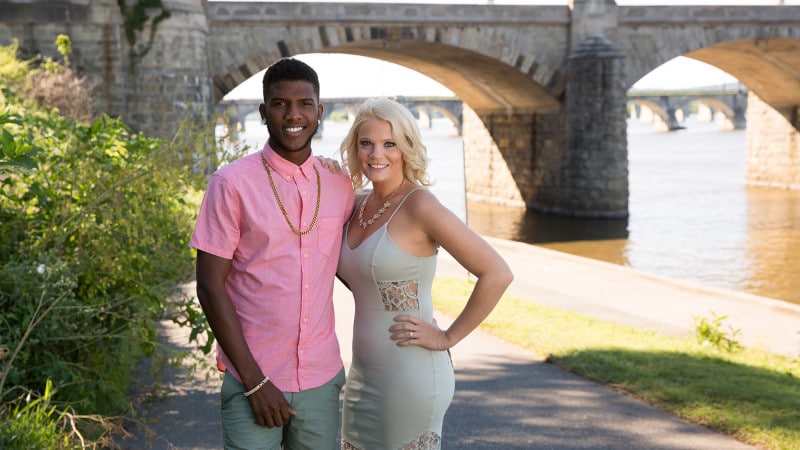 Ashley and Jay are just one of six couples being introduced on Season 6 of 90 Day Fiance but they may prove to be one of the most entertaining. The pair met in Jamaica while Ashley was there for a friend’s wedding and despite a large age difference, the two hit it off quick.

After Ashley left Jamaica and went back home to Pennsylvania, Jay was able to find her on social media and the two continued a long distance relationship. Six months later, Ashley went back to Jamaica to visit Jay again.

Eight days into her second trip to Jamaica, Jay asked Ashley to marry him and we’ll let you guess what she said. Of course, many have their doubts about whether the pair will make it, given their 11-year age difference. After all, Ashley is the 31-year old single parent of two girls and Jay is just 20 years old.

With 90 Day Fiance getting ready to premiere Season 6, there have been a lot of questions about Ashley and Jay, as fans of the show want to know if they’re still together now.  It turns out that Ashley doesn’t even leave us guessing, as her life is shared pretty freely on Instagram.

Ashley has shared several pictures of herself with Jay and just days ago, she even commented on that 90 Day Fiance clip where she said she wouldn’t care if Jay cheated on her. She took that back. Ashley cares a lot if Jay cheats.

That said, there has been plenty of cheating drama teased with the couple, which may mean trouble for Ashley, who already called off two engagements prior to Jay because of infidelity.

When it comes to their relationship, Reality Blurb reports that the two are already married. They claim that Jay arrived in the U.S. on March 7 and that he married Ashley on May 26 based on a now-deleted wedding registry.

Will Jay and Ashley be able to overcome the drama and live happily ever after?