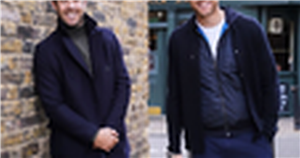 Jamie Redknapp has apologised to I’m a Celebrity … Get Me Out Of Here! fans on Monday night after the replacement for the popular ITV show was confirmed.

Viewers were left disappointed once again on Monday night after the hit reality show was cancelled once again while the production team continue to repair the damage caused by Storm Arwen.

As of Friday, all live broadcasts of the show have been cancelled and the celebrity campmates have even been removed from the castle grounds while the team restore Gwrych Castle to its former glory.

Fans of the show have been deprived of the live coverage from North Wales over the weekend as well, when TV bosses opted to air compilations of the best bits of I’m A Celeb through the years narrated by Ant and Dec.

And it was the 48-year-old who delivered the bad news on Monday night after he confirmed on his Instagram Stories that ITV had decided to schedule his episode of DNA Journey in place of the beloved reality show.

Following the reschedule of the reality show, ITV have since issues a statement to reassure fans that I’m A Celebrity will return on Tuesday evening as planned.

A spokesman for the show said: “I’m A Celebrity … Get Me Out Of Here! will return from tomorrow night on ITV and ITV Hub with a brand new show. Ant and Dec will be back presenting live from the Castle.”

It has been reported that the damage caused by Storm Arwen has been hailed “the £1 million disaster” after the fourth day of restoration comes to an end.

This is the first time since the show has been on air that the star-studded line up of celebs have been forced to pull out of the show completely.

According to the Mirror, bosses now fear that the total cost of the disaster may rise to seven figures, including lost advertising revenue and the increased cost of staffing as the destruction is repaired.

Over the weekend, ITV bosses only managed to pull in an average of 1.9 million viewers for the ‘best bits’ compilation which paled in comparison to the launch’s 11.9 million average viewers.