TOWIE star James 'Arg' Argent appeared to be having a splashing time in lockdown as he was seen bouncing around an inflatable water park today.

The 32-year-old donned a tight black wetsuit with matching boots and red life jacket as he tackled the Essex water-based assault course with gusto. 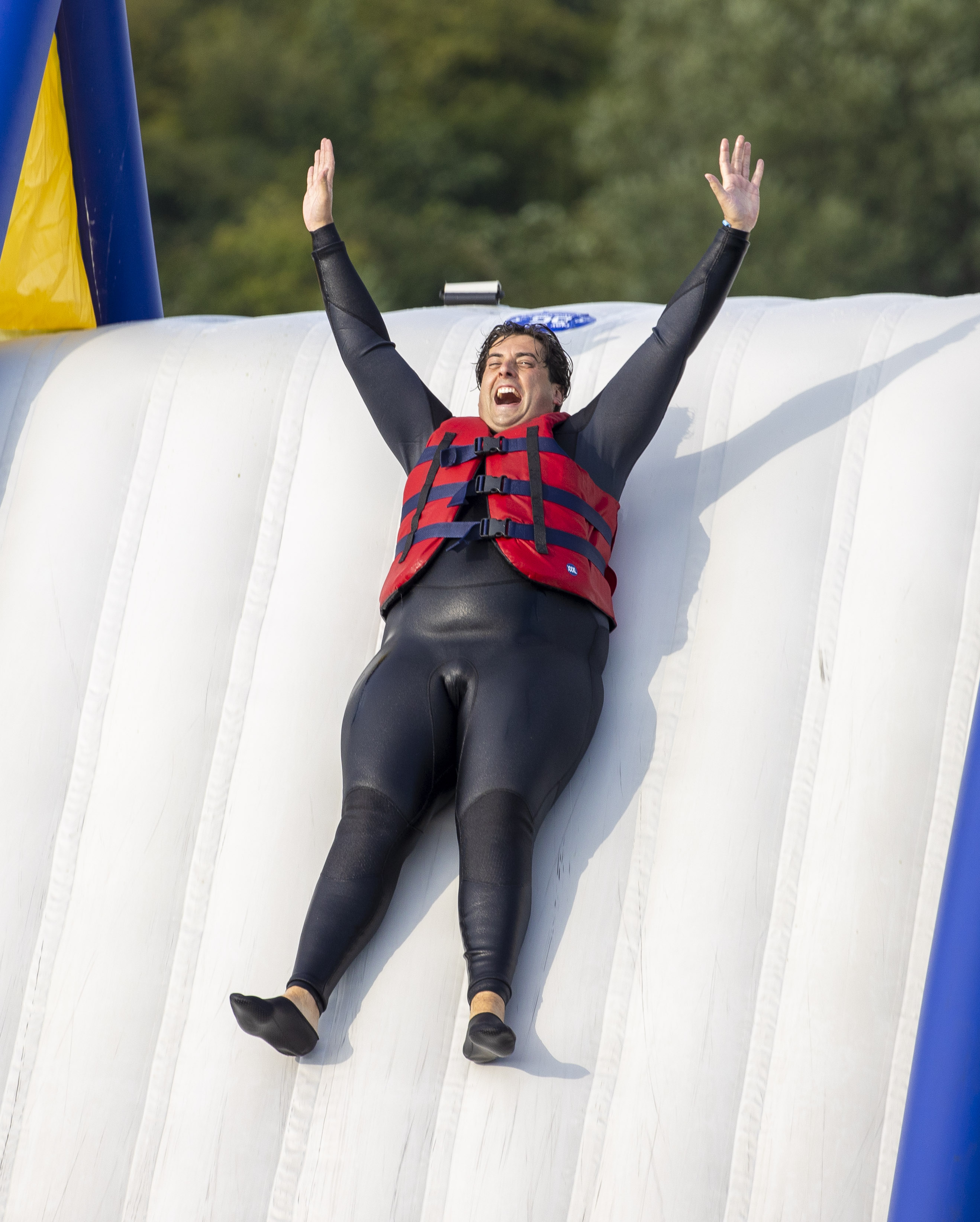 Showing no sign of fear, the former ITVBe star slipped and slid his way across the obstacles with complete enthusiasm.

At one point, Arg couldn't contain his excitement as he threw his arms above his head and jumped down an inflatable slide.

The TV star, who is working on building his fitness, was seen on his hands and knees after he threw his leg over a raised inflatable wall.

Despite focusing all of his energy on initially not falling into the water, Arg ceased the day and jumped into the icy cold pool after successfully completing the outdoor challenge. 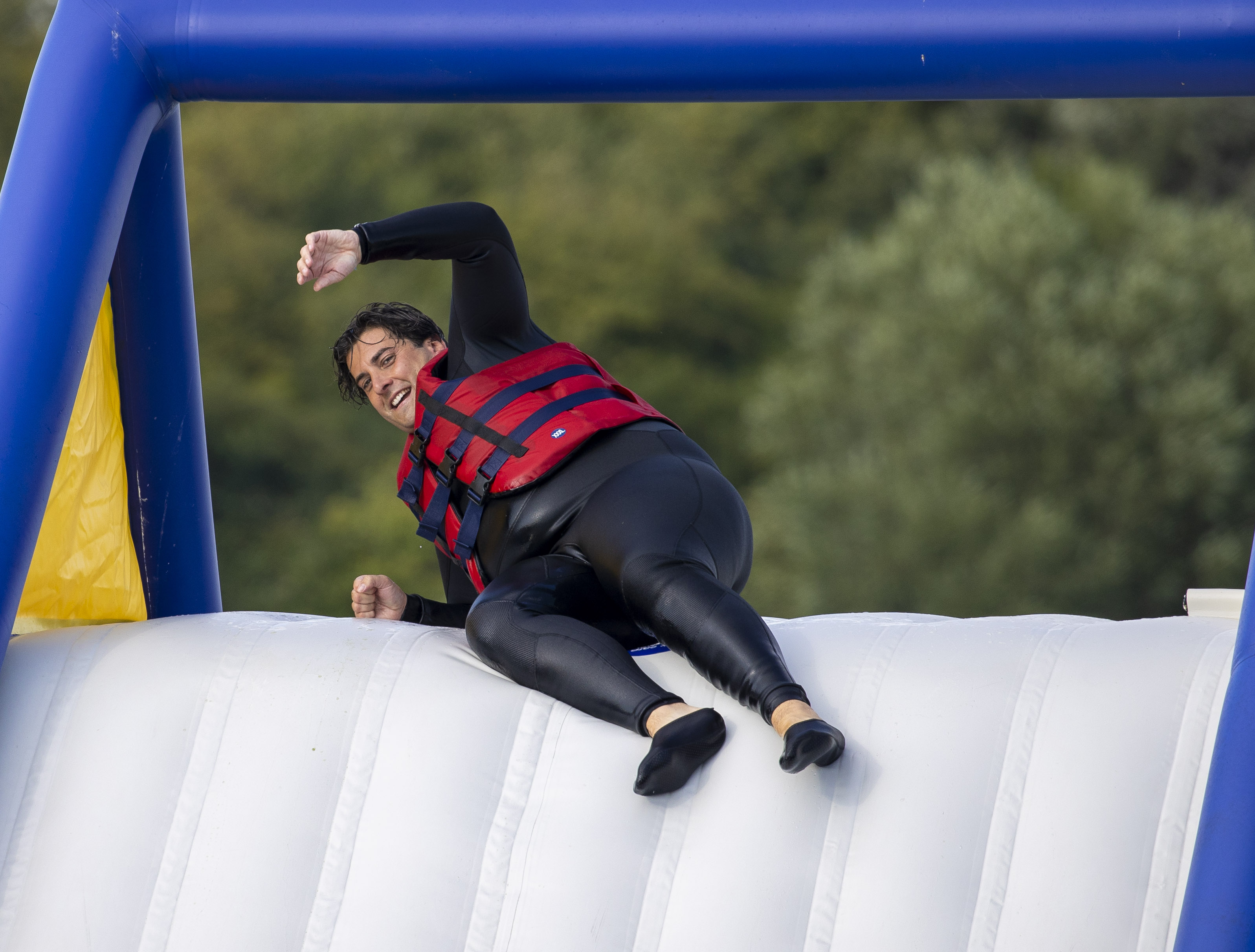 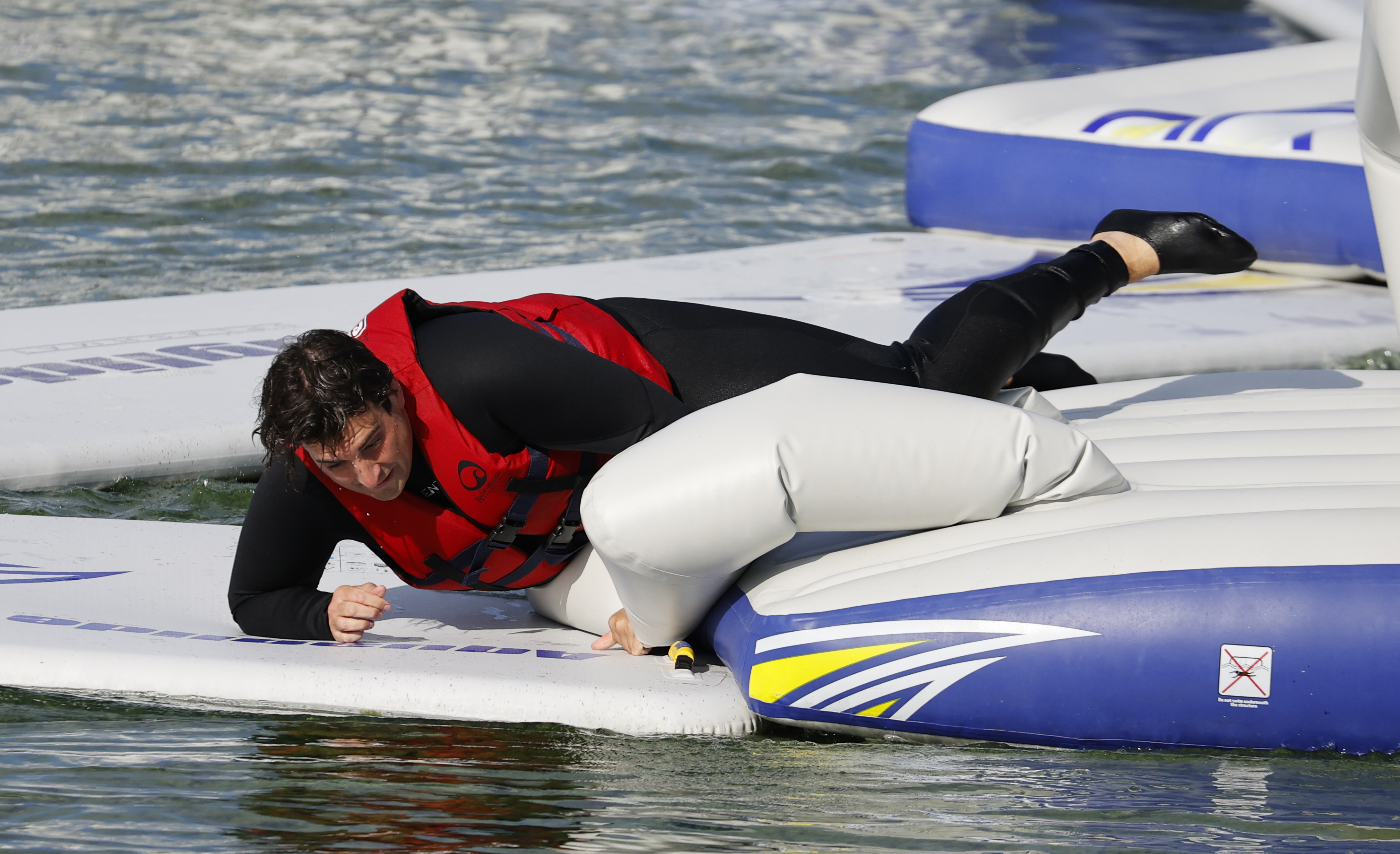 The reality star has had a well publicised battle with his weight since finding fame on the ITVBe show.

After two near-fatal drug overdoses last year, James has turned his life around and embarked on a new health and fitness regime.

Taking to Instagram on Sunday, James shared a before and after snap showing his impressive transformation so far and captioned it: "Get Fit or Die Tryin’". 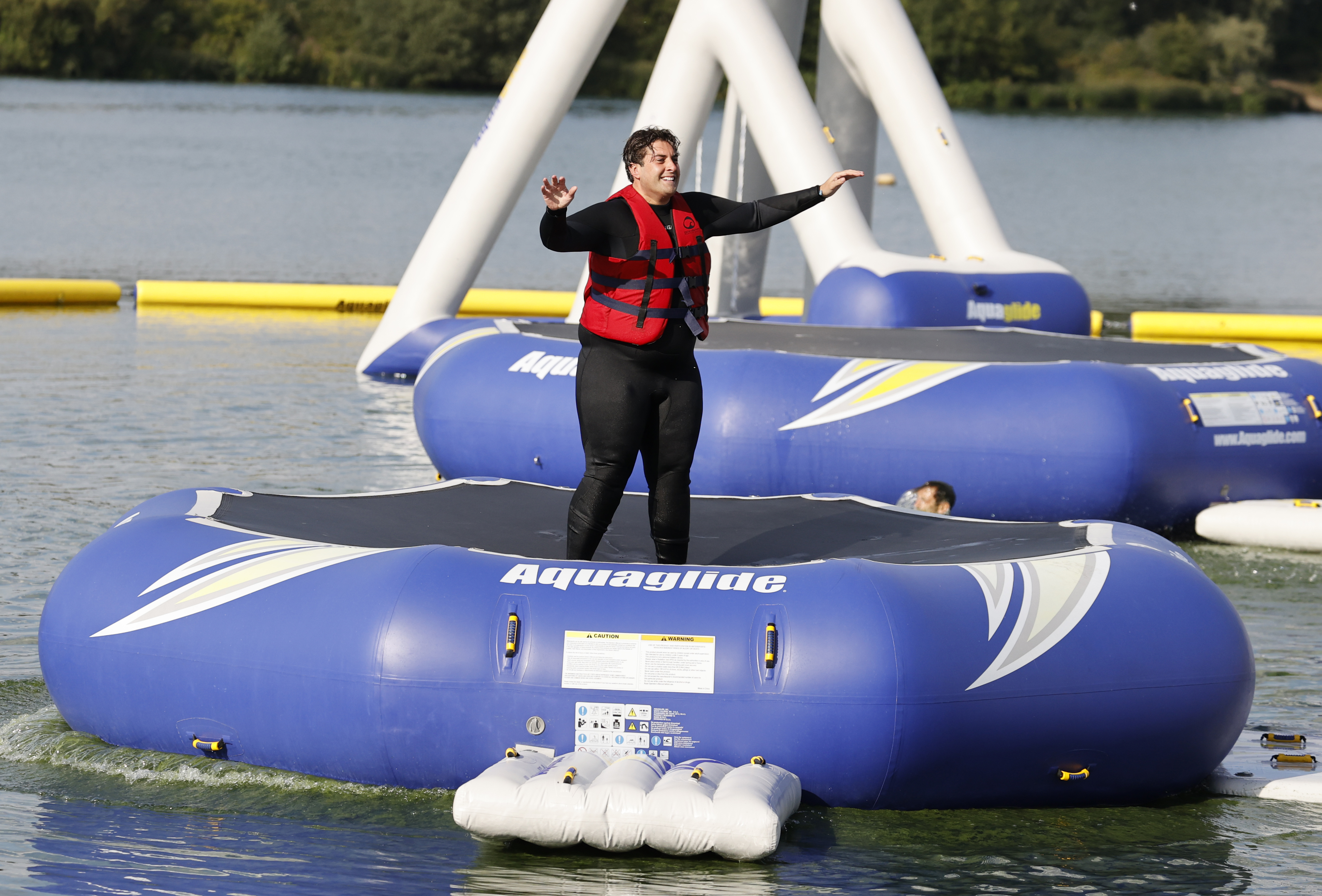 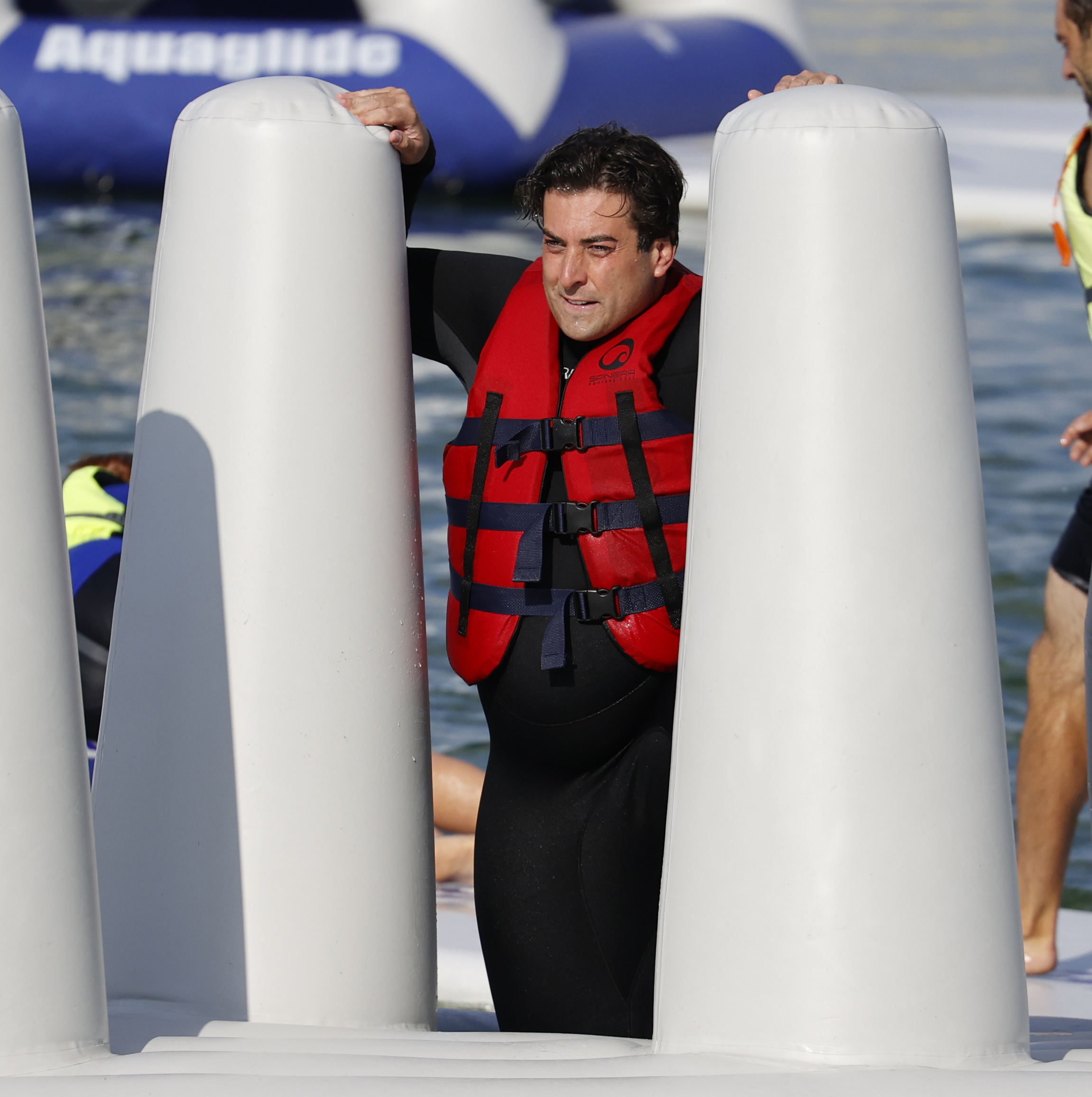 James' transformation pictures come after he was seen diving into the freezing sea in Kent as he prepares for a challenge of a lifetime.

The reality star is determined to swim to Africa and it looked like he meant business ahead of battling the shark-infested waters, going on a three-hour workout in the English Channel.

Arg was seen getting greased up to prevent chafing – a serious problem for distance swimmers – before clambering into the waves.

The reality TV star is celebrating almost a year of sobriety after kicking drugs by taking on the perilous challenge. 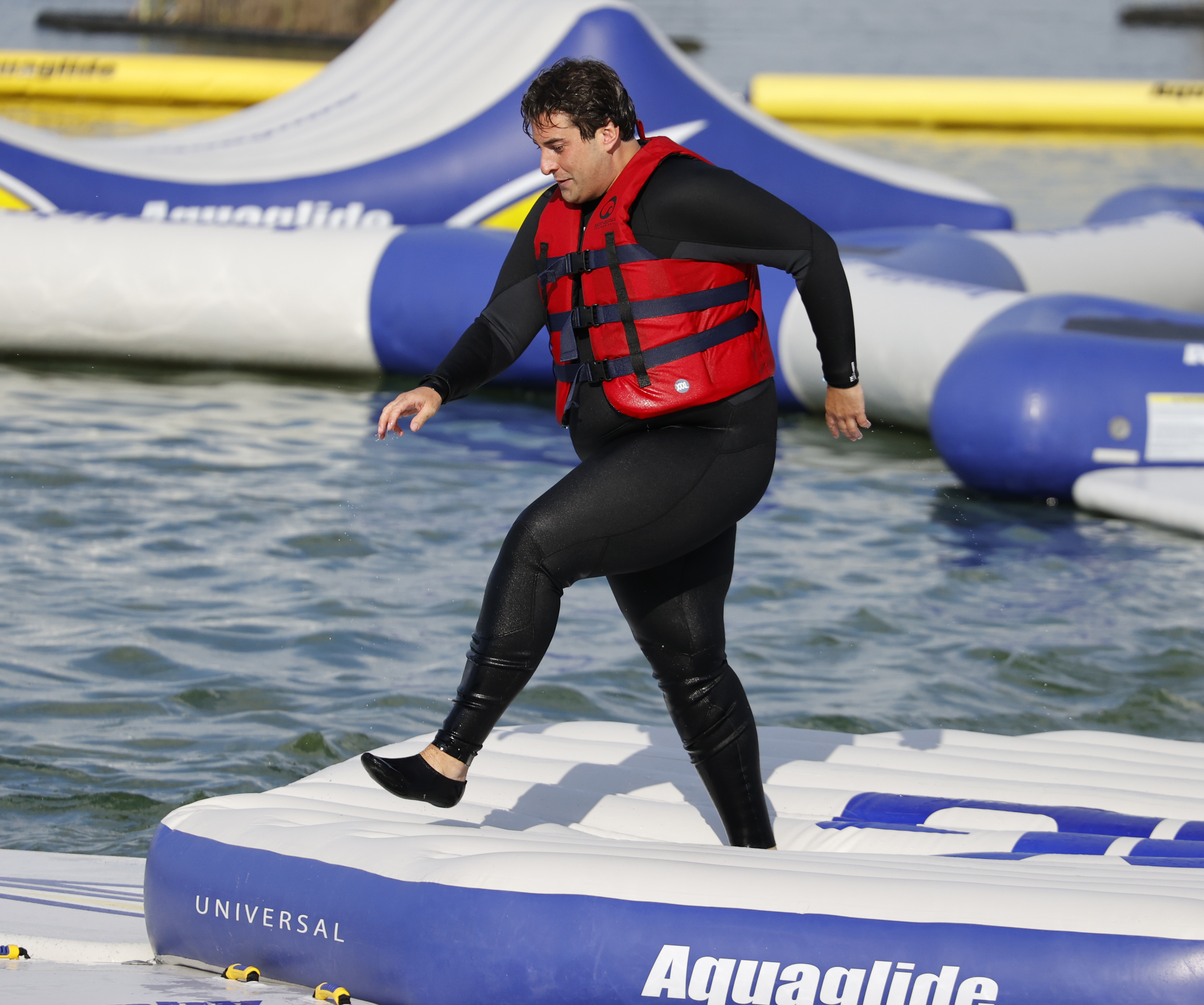 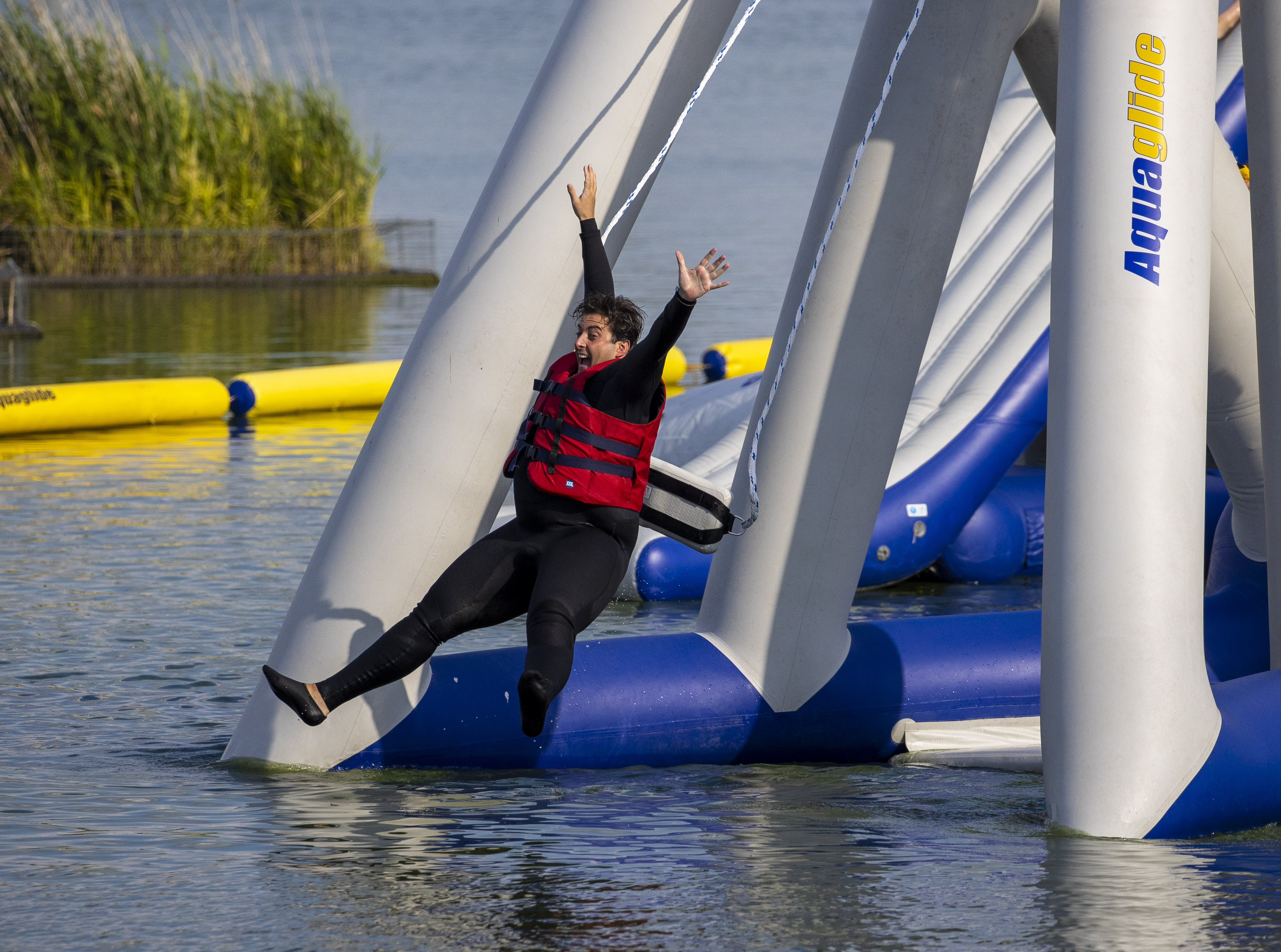 It will see him dodge sharks, jellyfish – and vast ocean-going tankers – on the ten-mile international journey between Spain and Morocco.

Earlier this week, The Sun Online exclusively revealed that Arg has resorted to flogging video messages on Cameo after having “zero cash in the bank”.

The former Towie star has joined the popular American video-sharing site which has over 30,000 celebrities on it willing to record some special words for the right price. 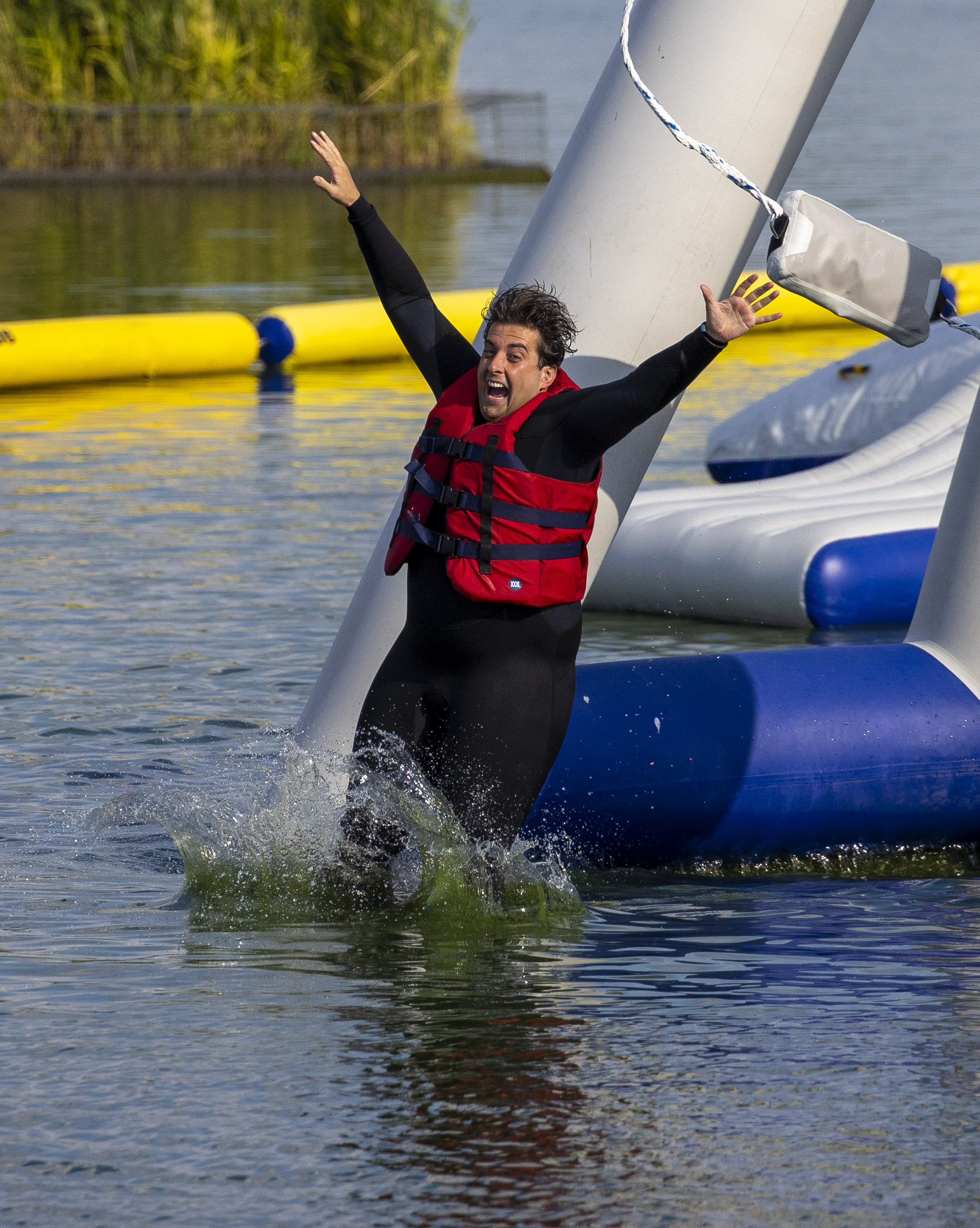 For only £83 fans get personalised messages from James, and if you're lucky he'll even record it in the hot tub for you.

For £2.49 the reality star will chat to you live online for a limited time.

James says in his welcome message on Cameo, "hi guys, it's Arg here, just want to send my love and best wishes."

"And to let you know I've finally joined Cameo so if you want any birthday or shoutouts in general, I'm here to help." 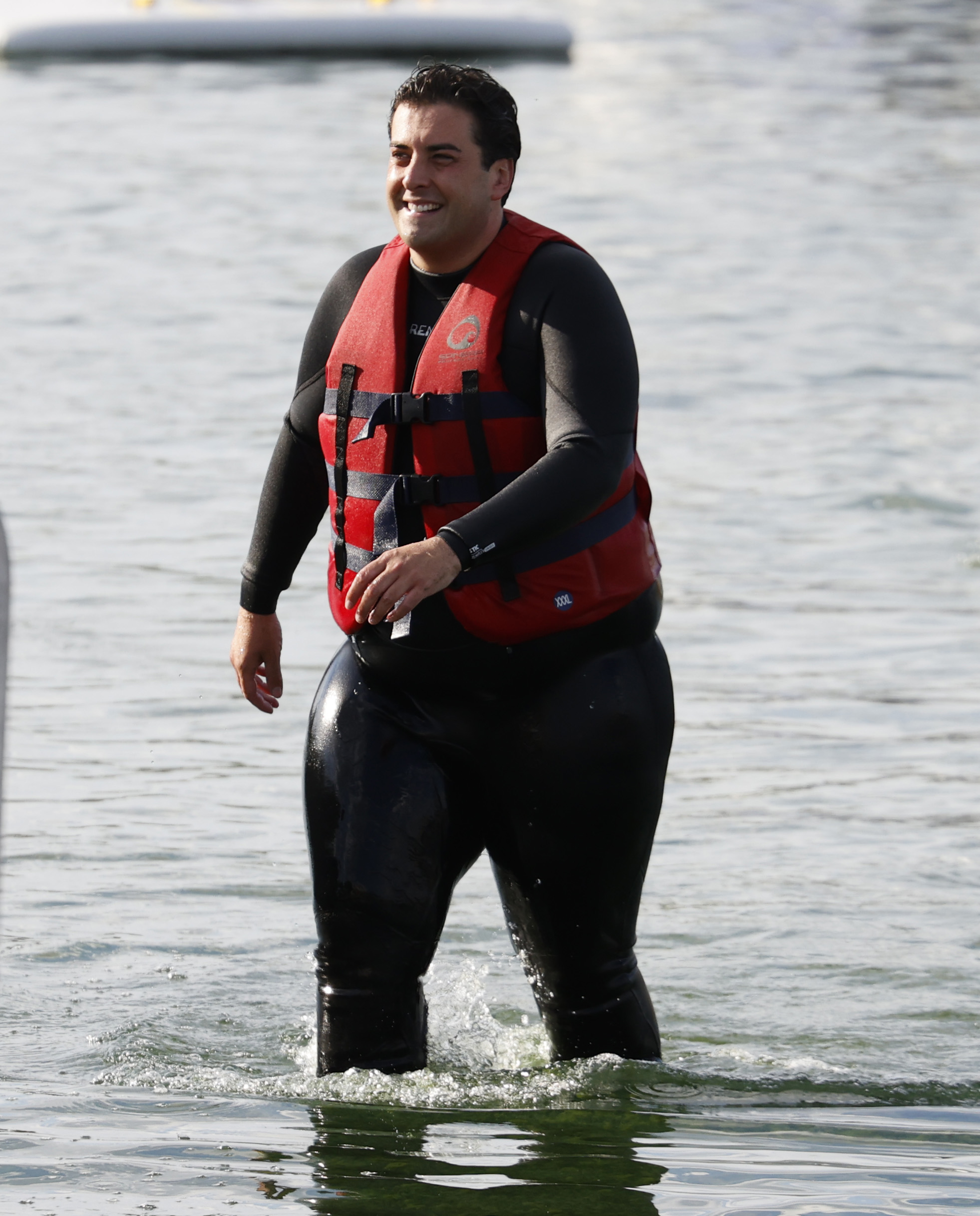 He finished up by saying: "God bless and lots of love from old Argie boy."

The reality star has had only glowing reviews from fans happy with their video messages.

His advice comes after his year from hell where he was dumped by Gemma Collins in July, has spent 12 months in and out of rehab for drug addiction and has spent all his money.

Documents filed to Companies House show James Argent Ltd has "zero cash in the bank" for 2020 compared to £63,867 last year.

The company made a loss of just under £24,000 as Arg’s earnings were hit by his personal problems and the coronavirus pandemic.

In May, James said he had suffered two near-fatal overdoses at home and his door had to be kicked down for medics to save him.

He previously admitted his addiction problems often led to him missing work as they caused psychosis and paranoia and his cocaine binges put people off hiring him.