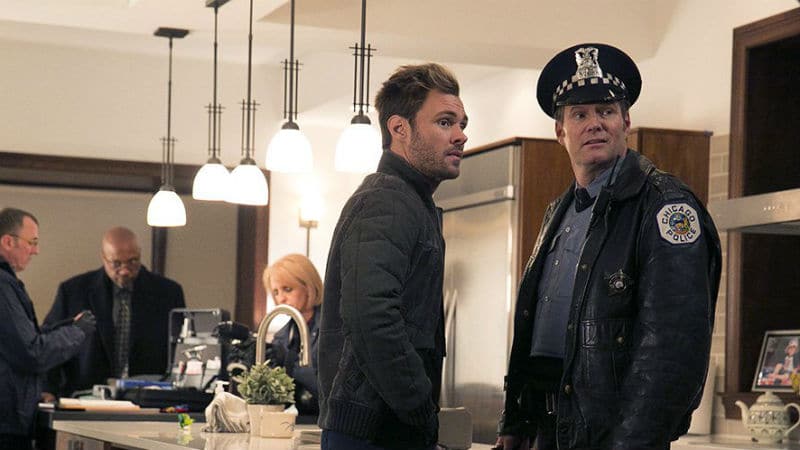 Disco Bob (Jack Coleman) is back on Chicago P.D. tonight and will have a run-in with his son, Adam Ruzek (Patrick John Flueger). This isn’t his first appearance on the show, but it may be the most important one yet.

On tonight’s episode, intelligence will be looking into a shady strip club owner.  When Ruzek arrives to investigate and finds his father has been hired as security for the club, alarm bells may well ring.

Last week the previews after Chicago P.D. suggested that perhaps Ruzek’s dad may be involved in some shady dealings himself. Is he bordering on the line of being a dirty cop or has he crossed over to the dark side?

According to TVLine, Patrick John Flueger previews the episode and talks about how at one point, Adam and Disco Bob flip roles in the situation. Ruzek should be the son but instead, he is parenting his father who may have gotten in over his head with this job.

Family contention is nothing new for Chicago P.D. as we have seen some of the other members of Intelligence battle their own family challenges. This time, the realization that Ruzek’s father may be a bad guy has hit the officer in the gut.

Will they be able to reconcile their relationship after what happens tonight? Tune in to find out how it all goes down.