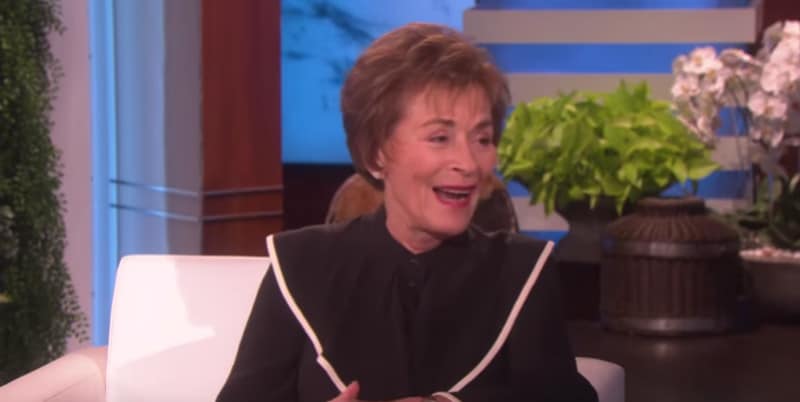 Judy Sheindlin, better known as Judge Judy, is subject to an internet rumor claiming that she has been found dead.

It’s not known where the hoax began, but there have been attempts to edit the 76-year-old’s Wikipedia page with a death date to make the fake story appear genuine. 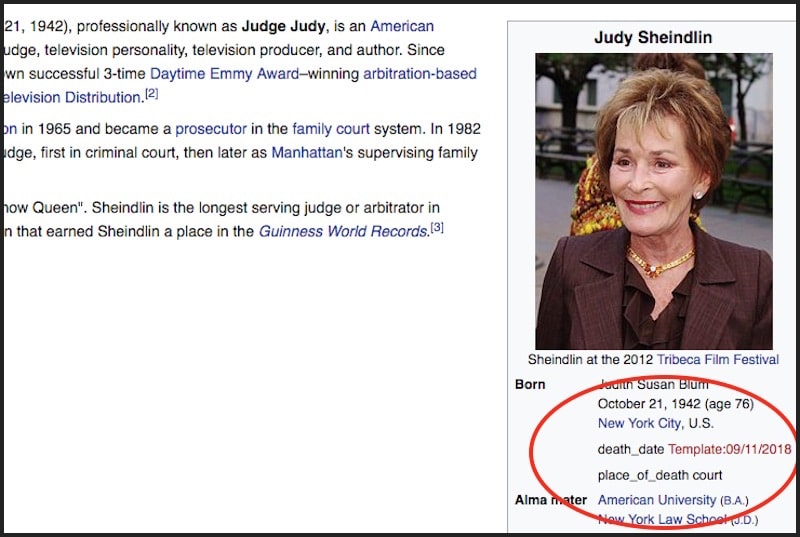 Some users have claimed that they received an e-mail stating that the family court judge has passed away.

In good news for fans, though, Judy Sheindlin is believed to be alive and well, with the reports of her death unsubstantiated.

She celebrated her 76th birthday last month and appeared on today’s episode of the Ellen show looking healthy.

Her show has run for over 20 years, and she said she has no plans to retire any time soon.

“What would you do every day?” she asked about retirement. “This job, believe it or not, it’s an anchor because it gives you someplace to go.”

Judge Judy is currently on the 23rd season of her long-running TV series that carries her name. She is currently signed up to continue until the 25th season.

Several celebrity death hoaxes have gone viral on Facebook and Twitter in recent weeks and months — usually originating from a hoax or prank website. Recently Machine Gun Kelly, Morgan Freeman, Sylvester Stallone, and John Cena have all been subjected to death hoaxes.

Judge Judy has also been subject to a celebrity death hoax in the past.