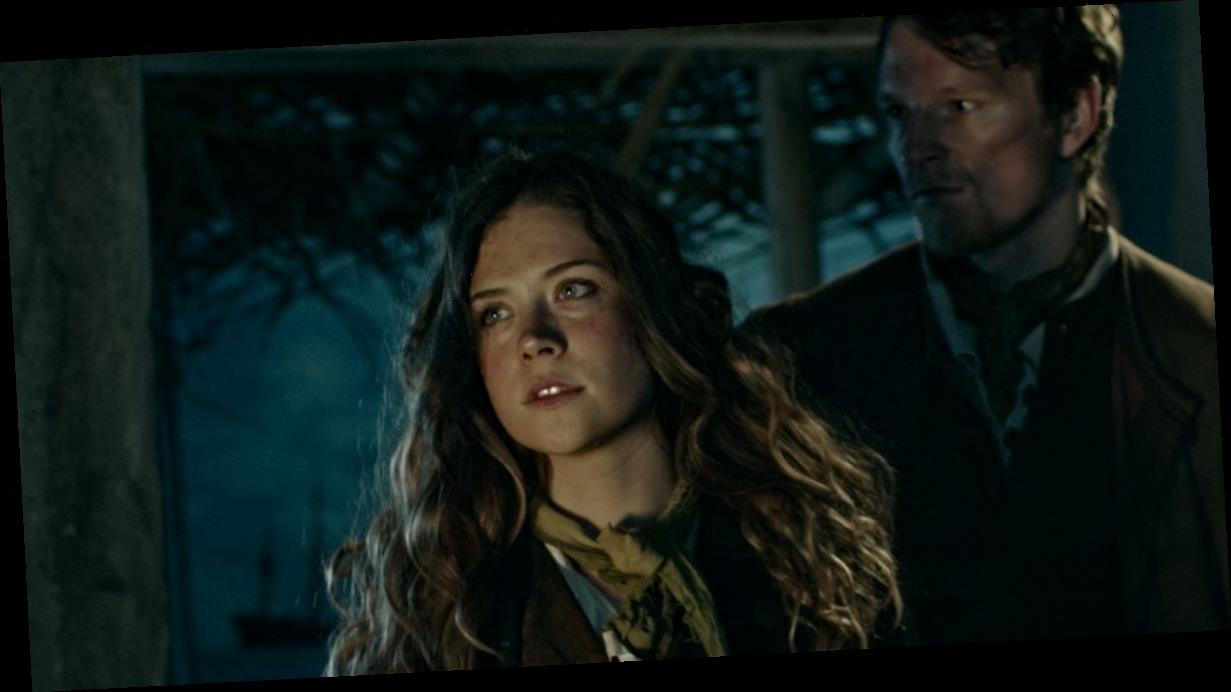 They were the real pirates of the Caribbean – the raiders who ruled the high seas during the 18th century.

Now a new Netflix series The Lost Pirate Kingdom is bringing these swashbuckling marauders to life by recreating their escapades.

In a story even more unlikely than any of Captain Jack Sparrow’s antics, the pirates set up a democratic republic in the Bahamas, where plunder was shared, slaves were freed and leaders were elected.

While some considered themselves noble Robin Hood types, others – including the infamous Blackbeard -were more bloodthirsty, torturing and killing prisoners.

Between 1701 and 1714, Spain and Britain were engaged in the War of the Spanish Succession.

Spain’s vast wealth came from gold and silver mining in South America – to get their haul back to Europe, they had to sail through the Caribbean.

The British sought to capture the galleons to cut off their war finances but without the money to fund a navy on the other side of the world, they unleashed their own pirate force.

Known as “privateers” these mercenaries came at no cost to the crown, but made big money robbing the Spanish.

When Britain won the war and peace came, these privateers were left out of work – no enemy, no rewards, mass unemployment – and so turned to piracy.

They established themselves in Nassau, the capital of the Bahamas, and set up their own Republic of Pirates with governors and a strict code of conduct.

Soon the ranks swelled to more than 1,000 buccaneers, running ships democratically, sharing loot equally and voting captains in and out.

Captives were treated fairly, slaves were freed and given voting rights and even women were allowed to join the crew.

The republic was dominated by two famous pirates who were bitter rivals – Benjamin Hornigold and Henry Jennings.

Hornigold began his pirate career in 1713 and by 1717 was the captain of one of the most heavily armed ships in the region, called the Ranger.

In solidarity with his country, the Englishman refused to attack British-led ships but his crew grew tired of this and voted him out.

In 1717, King George I issued The King’s Pardon – the British crown would spare any pirates who surrendered themselves by September 5, 1718.

Hundreds who believed they would be criminals until they died were suddenly free to return to society.

Hornigold took the King’s Pardon and even became a pirate hunter, pursuing his former allies armed with insider knowledge. He was killed when his ship was wrecked on a reef in 1719.

When he was kicked out as captain of the Ranger, the crew voted to replace him with Samuel Bellamy.

Despite Bellamy’s career as a captain lasting little more than a year, he seized at least 53 ships and became the wealthiest pirate in history.

Dubbed “Black Sam” because he tied back his long black hair with a band rather than sporting a fashionable wig, he became known for his mercy and generosity toward those he captured on his raids.

He compared himself to Robin Hood, with his crew calling themselves “Robin Hood’s Men”.

In 1717, he captured a state-of-the-art slave trade ship, the Whydah Gally, loaded with valuables.

Two months later, the vessel was caught in a storm and sank, taking 28-year-old Bellamy and most of his crew down with it.

Meanwhile Jennings’ first recorded act of piracy took place in early 1716 when, with three vessels and up to 300 men, he plundered a wrecked Spanish treasure fleet off the coast of Florida.

After forcing the retreat of around 60 soldiers, Jennings set sail for Jamaica carrying back an estimated 350,000 pesos.

While en route to Jamaica, Jennings encountered another Spanish ship and captured another 60,000 pesos.

He became the unofficial mayor of the pirate colony, eventually surrendering to the authorities in 1718 and retiring as a wealthy plantation owner in Bermuda.

Jennings was mentor to the brutal but skilled Charles Vane.

By 1717, Vane was commanding his own vessels and was one of the leaders of the Republic of Pirates.

A year later he was caught and agreed to give up piracy but just a few months later he and his men were back raiding the high seas.

Unlike Hornigold and Bellamy, Vane was known for his cruelty, often beating, torturing and killing sailors from ships he captured.

Caught in a storm and marooned on an uninhabited island in 1719, he was eventually discovered by a passing British ship, arrested and then tried and hanged in Jamaica 1721.

The most notorious pirate was Blackbeard, whose real name was Edward Teach.

Many people believed him to be a living devil, not helped by one incident where he and his men attempted to “make a hell of our own” by sealing themselves in a room and burning sulphur.

Blackbeard held out the longest before coming up for fresh air.

He was no fan of the code of conduct and liked to threaten to kill one of his men every so often so they wouldn’t forget who he was.

He would whip prisoners or place lit matches between their fingers to burn the flesh.

Blackbeard’s first big feat was the capture of the Concorde, a French slave ship, east of Martinique.

By 1718 he had four ships and achieved what no pirate had done before – holding a whole town to ransom.

He captured every ship that tried to enter or leave Charleston, the leading port of the Carolinas, taking what he wanted from them.

He was eventually caught later that year by a British naval force, shot five times and left with 20 cuts on his body from cutlasses.

Legend has it when he was beheaded and his body was thrown into the water, it swam seven circles before sinking.

By the end of 1718, most of the pirates had either accepted the King’s Pardon or been caught and executed, ending the pirate republic for good.

The Lost Pirate Kingdom is showing on Netflix now.