JESSIE Wallace is best known for playing Kat Slater in BBC One soap EastEnders after landing the role in 2000.

But while her Walford alter ego has spent much of her life sharing a drab home in fictional E20 with extended family members, her real-life couldn't be further away. 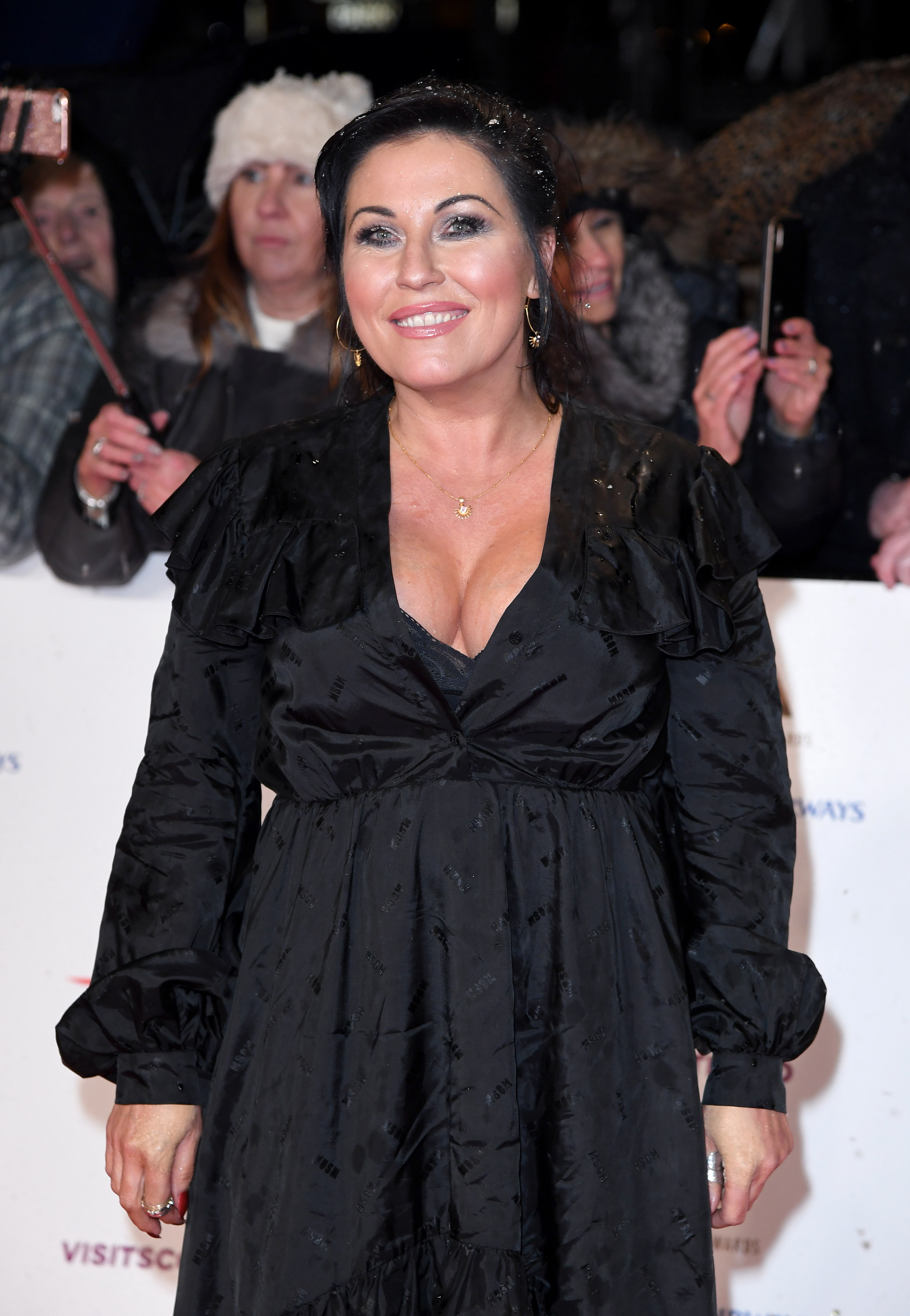 In fact, the 48-year-old actress lives in an enviably chic home, full of patterned wallpaper, pink accessories, and eye-catching decorations.

Her North London pad is full of character and quirky artwork – including a gold glitter painting of Dorothy from The Wizard of Oz.

Jessie has embraced her inner rock goddess with a photo of '70s music icon T-Rex, decorated with lyrics in neon blue light that read: "I danced myself right out the womb".

She has a similar piece of David Bowie, this time with red lights that read: "Ziggy played guitar". 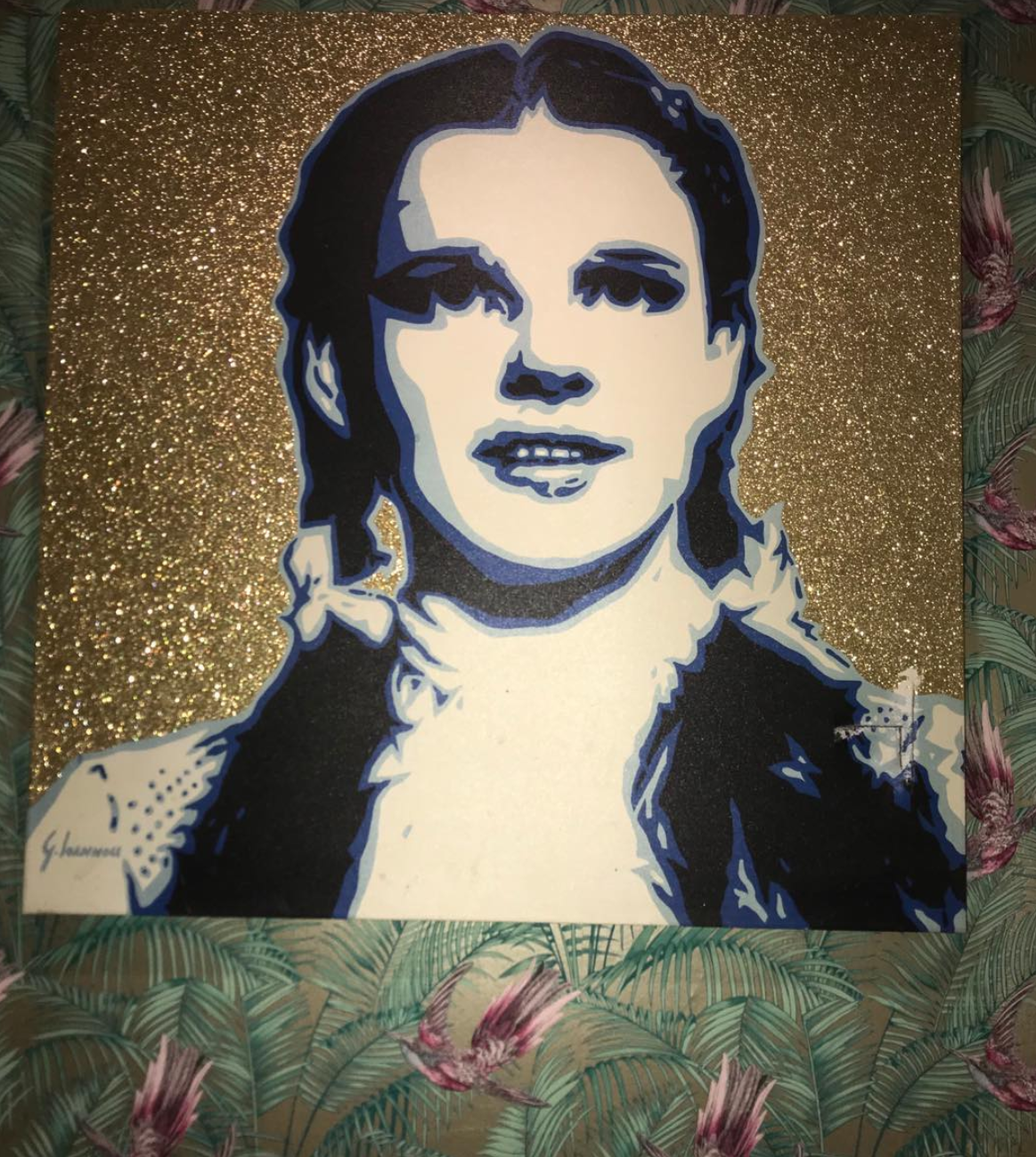 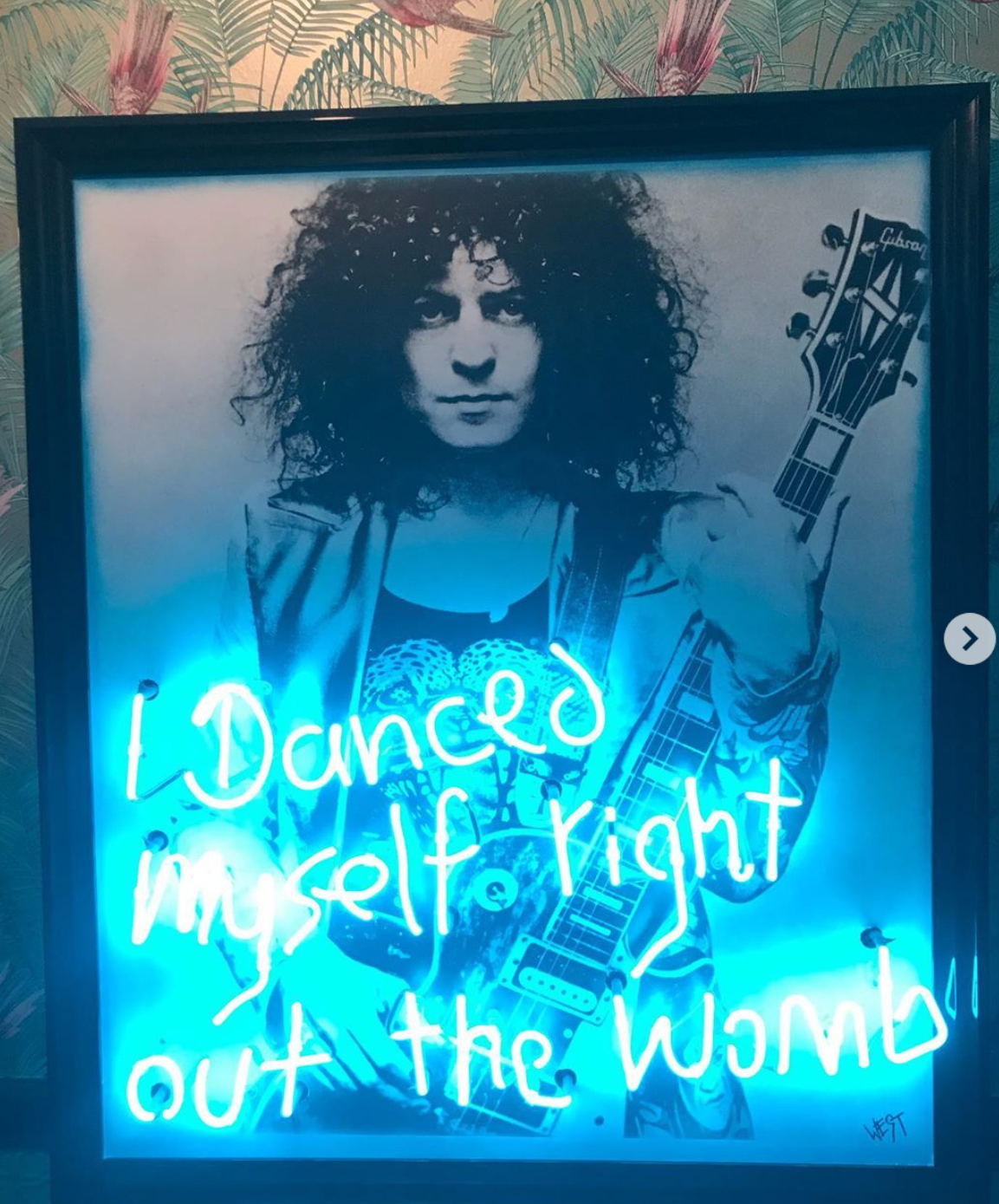 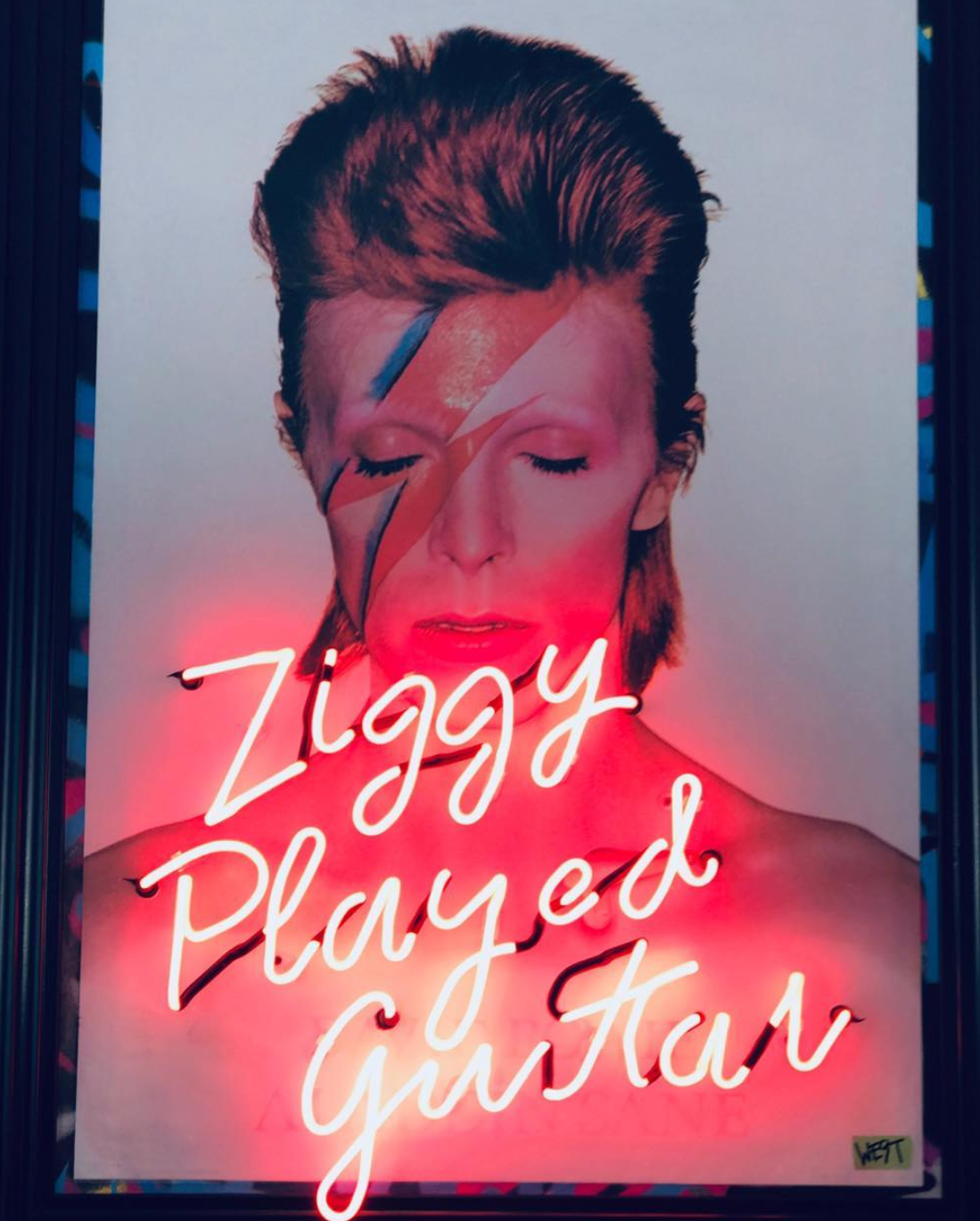 There is a black and white tribute of Elvis Presley, with Jessie admitting to having a crush on the US legend in the past – and even has a tattoo of him on her forearm.

The artwork is not limited to the inside of her home, with a colourful mural of Marilyn Monroe gracing a white brick wall on the exterior.

Surrounded by foliage, the stunning painting shows the Hollywood star three times in different coloured dresses, with Jessie spending a lot of time in her garden.

The green-fingered star previously boasted about growing garlic and potatoes from her very own vegetable patch, making dinner from her homegrown goods. 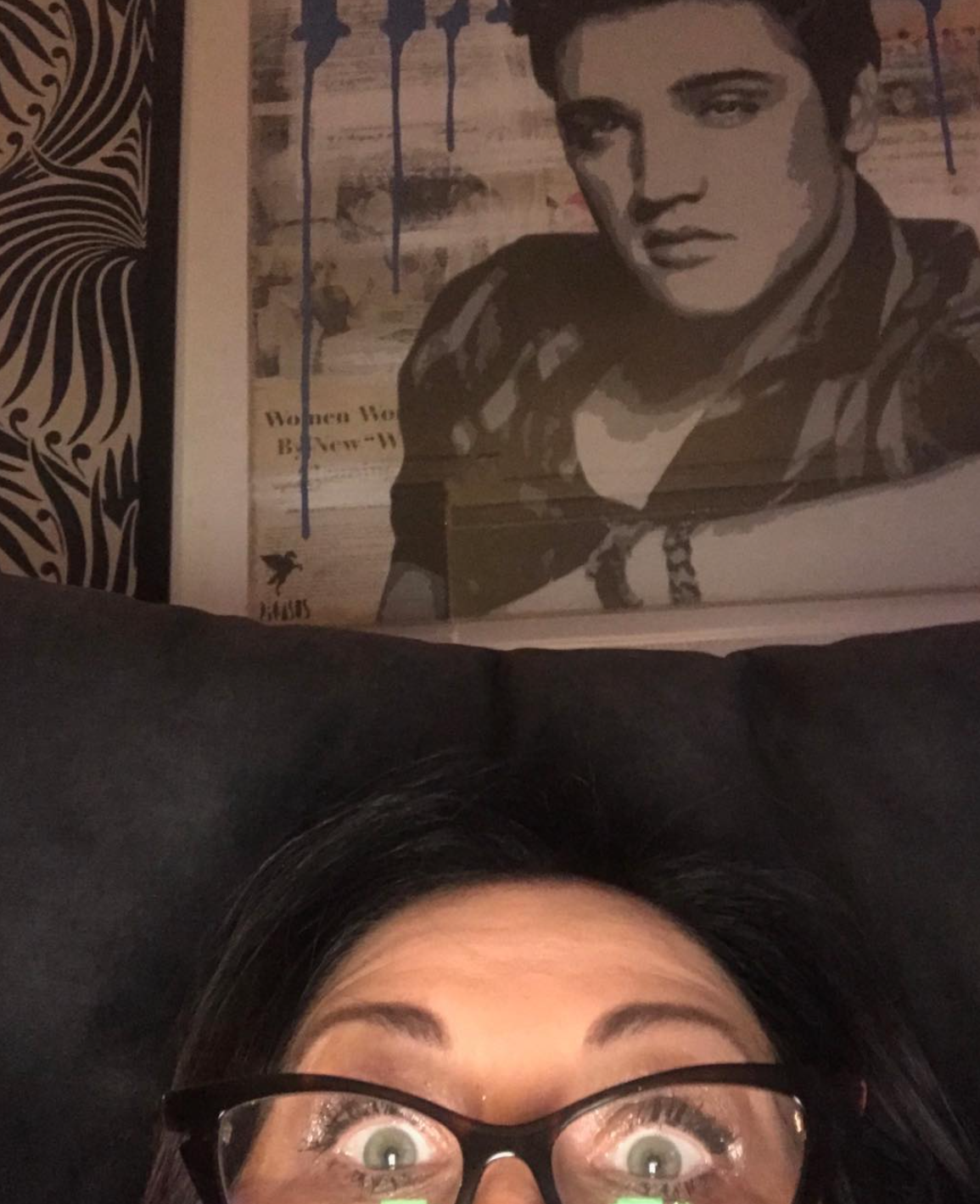 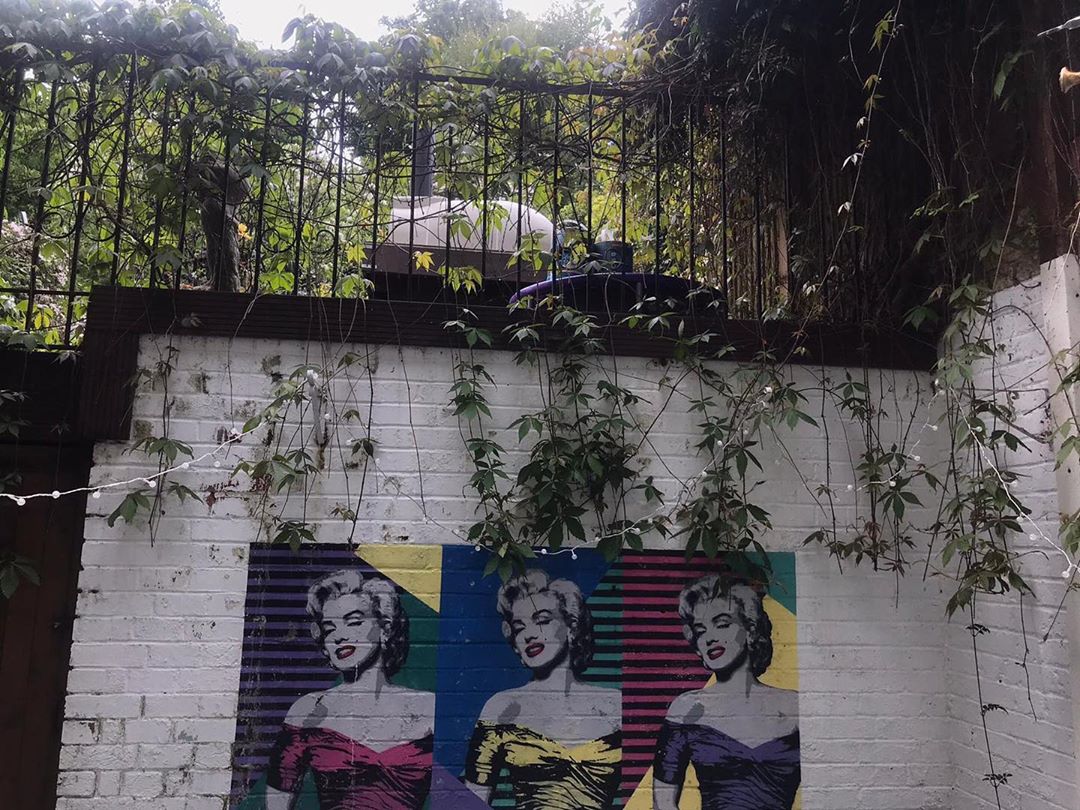 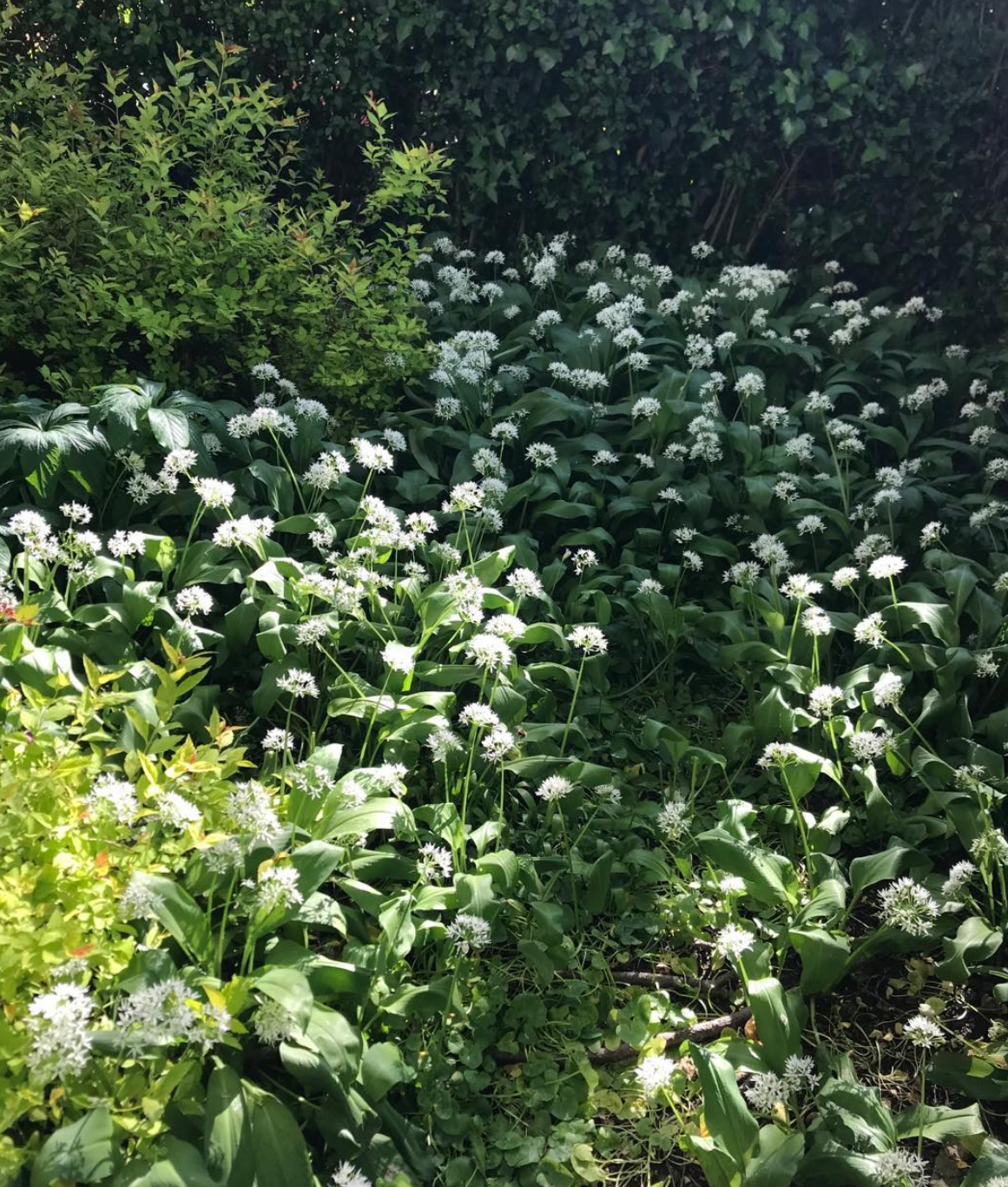 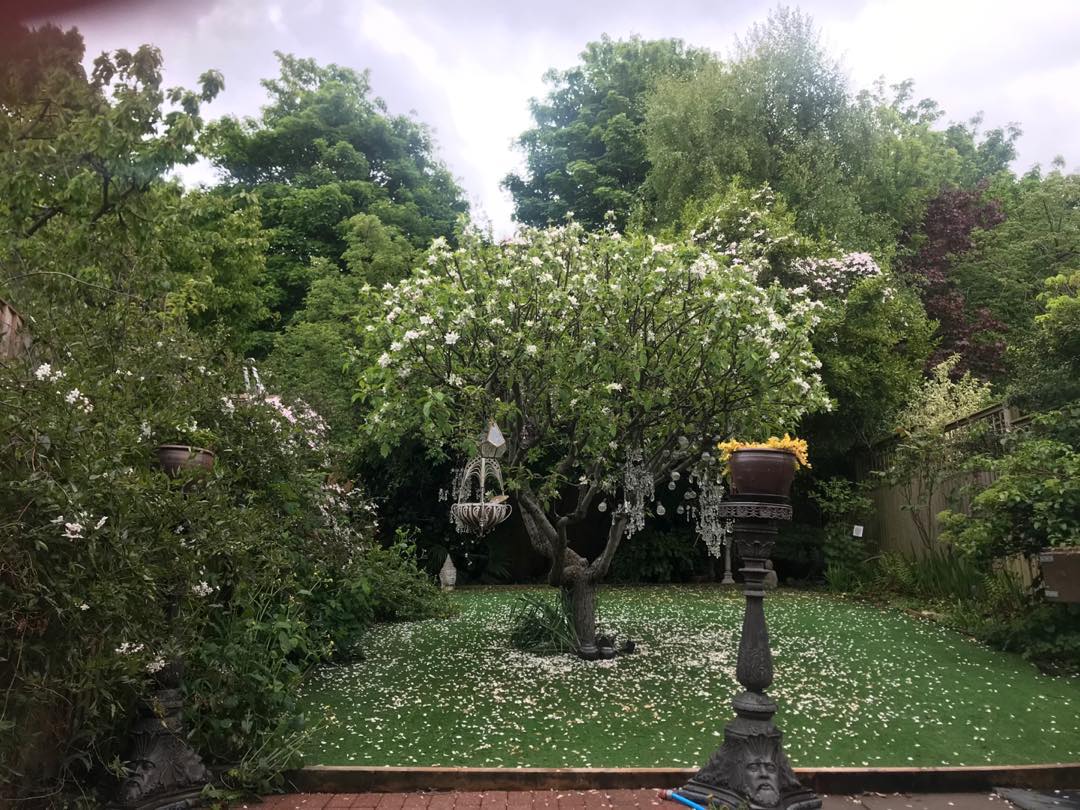 Her garden is full of greenery and stunning plants, including pink jasmine that she put on display in her living room with an eye-catching pink fishtail-look vase.

Other inside ornaments include a black skull head, stunning lamps, and candle holders.

Jessie's love for all things retro is obvious from her home, including a jacquard green armchair that her pet cat enjoys relaxing on.

She previously proudly shared a photo of a pink shell-look lampshade that dazzled her followers. 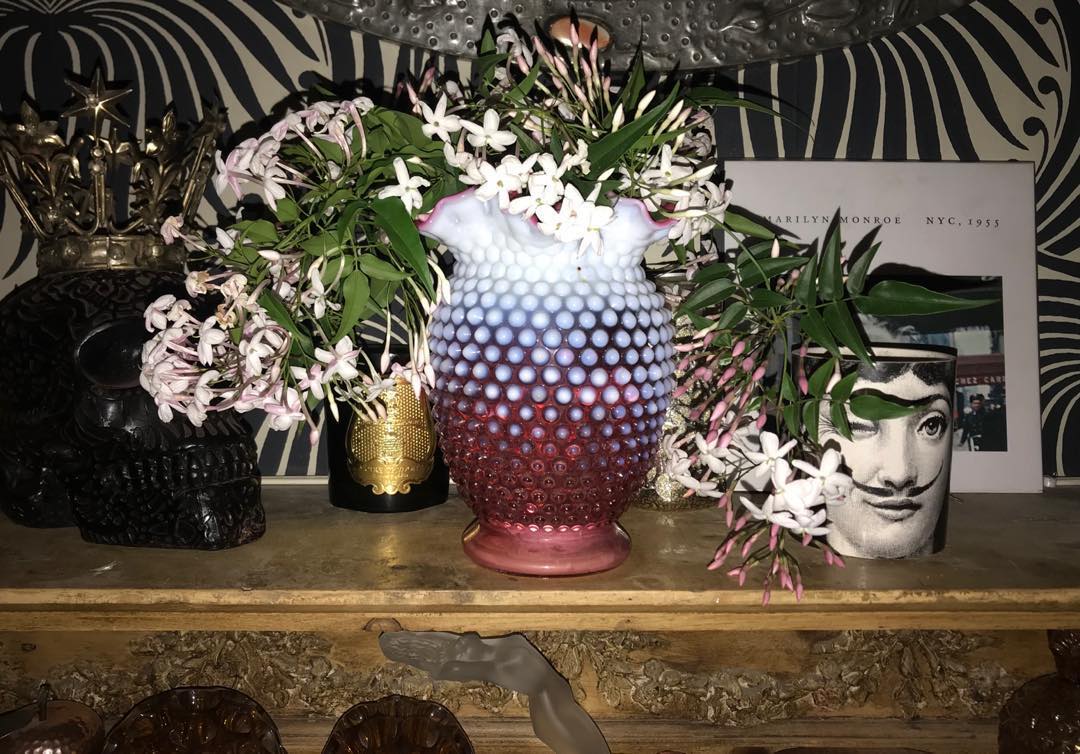 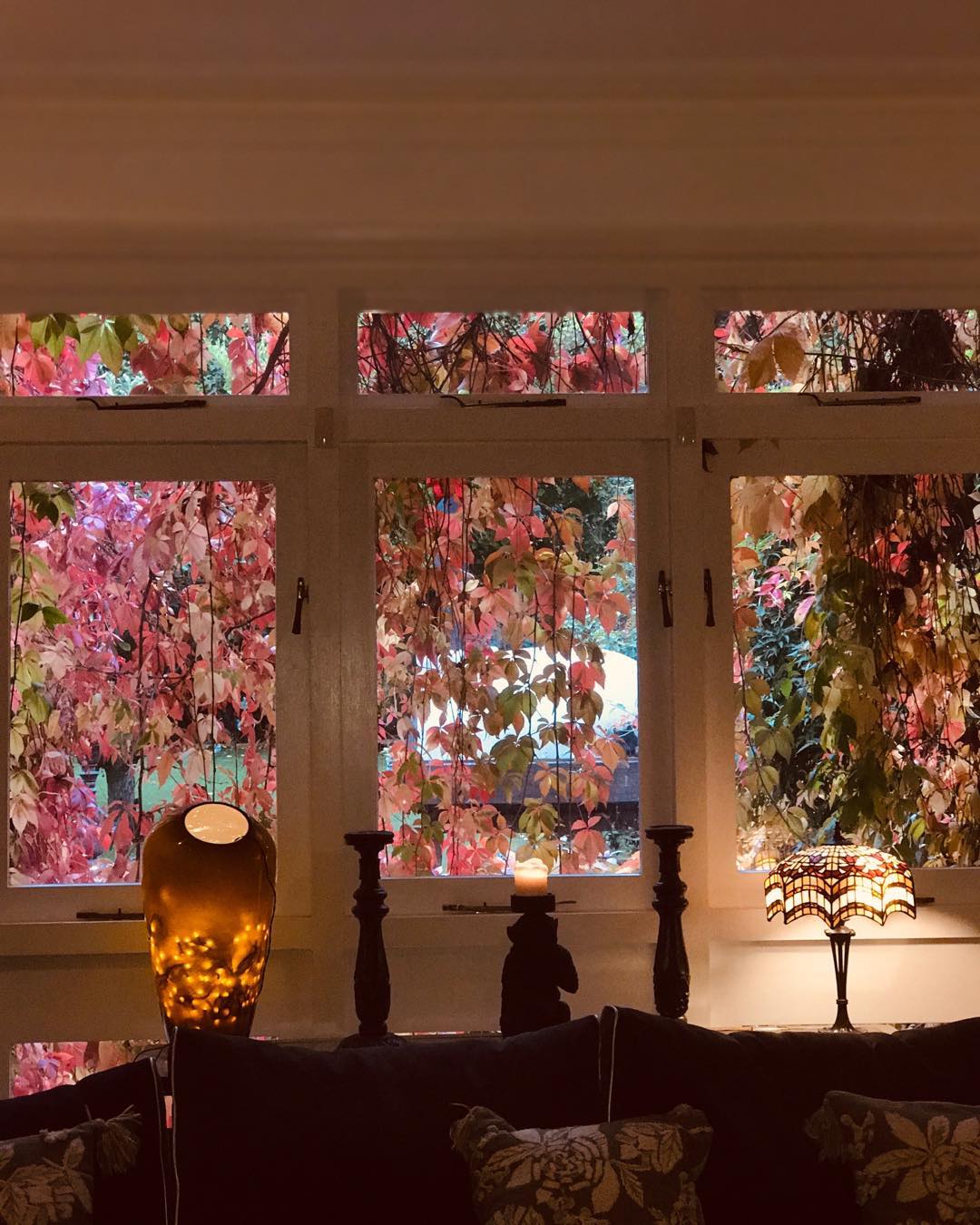 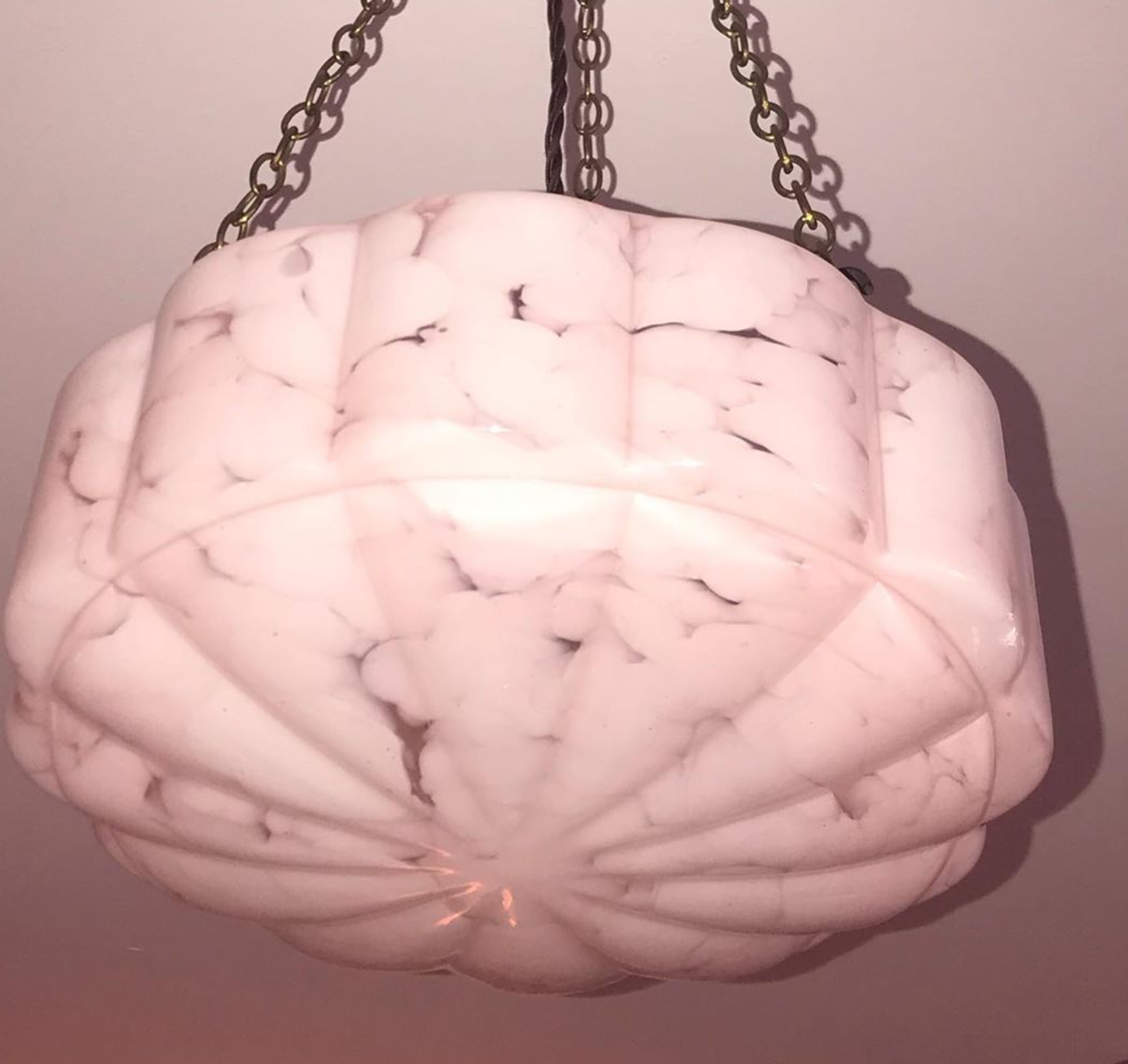 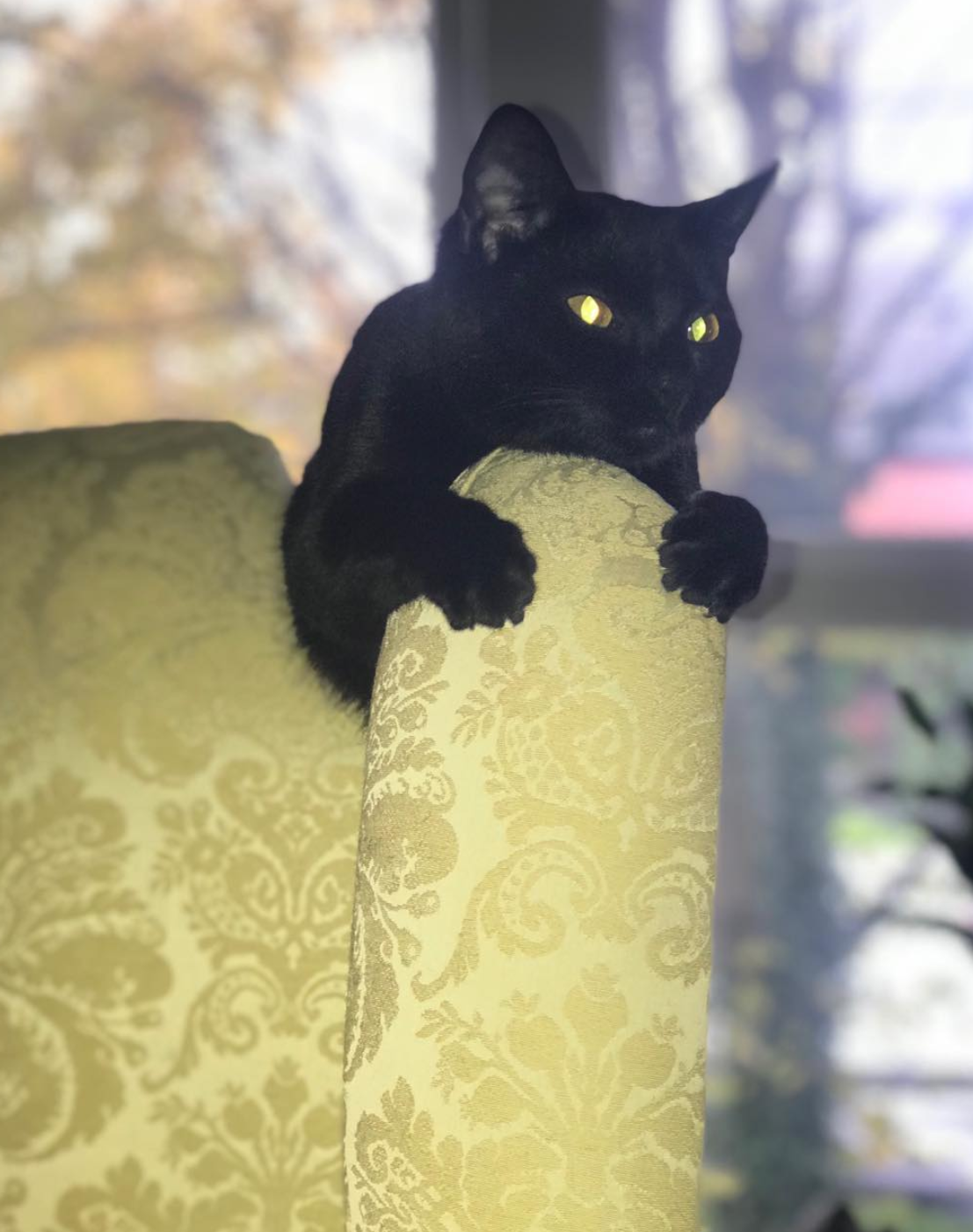 She wrote at the time: "She's up and she's stunning", with one fan even commenting that her nan used to have the same fitting as she complimented the "retro" look.

Her passion for pink carries through to the bedroom, which has beautiful pink floral wallpaper, fringed lamps, and her bed covered in a variety of cushions in all shapes and sizes.

There is also a pink faux fur throw that adds an extra element of luxury to the space.

A hot pink glass display cabinet is pride of place in her living area, full of trinkets and glasses and decorated with a stunning bouquet of wild-look flowers. 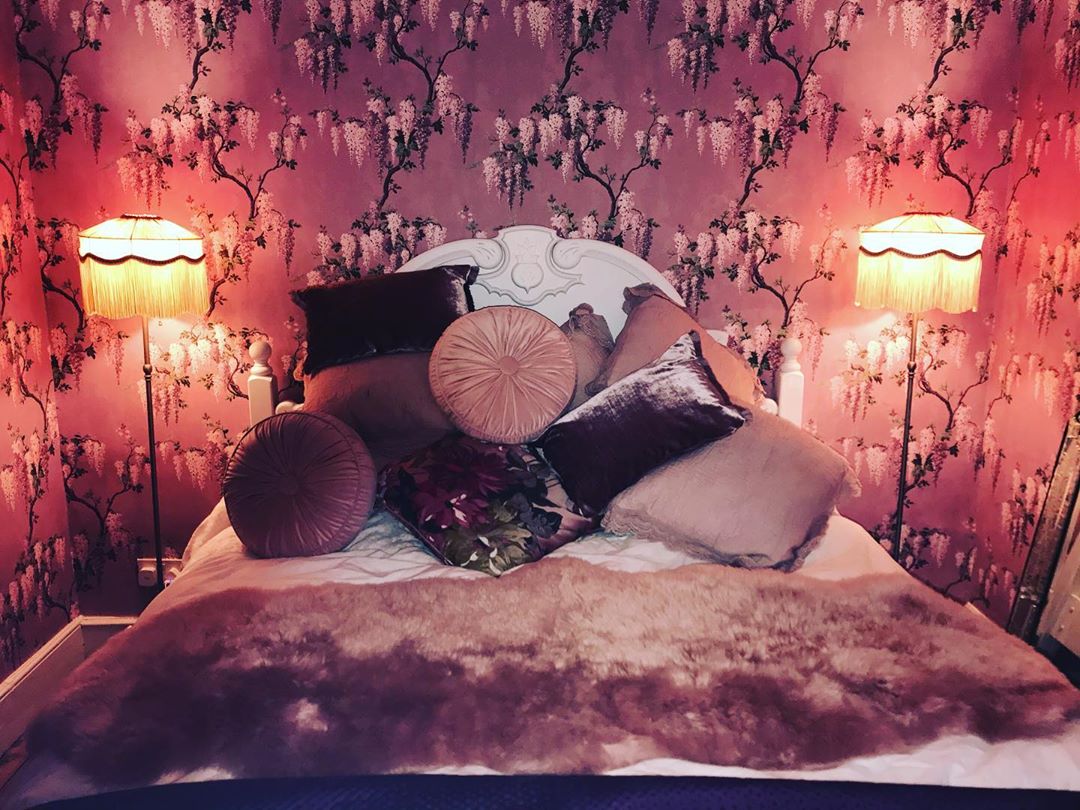 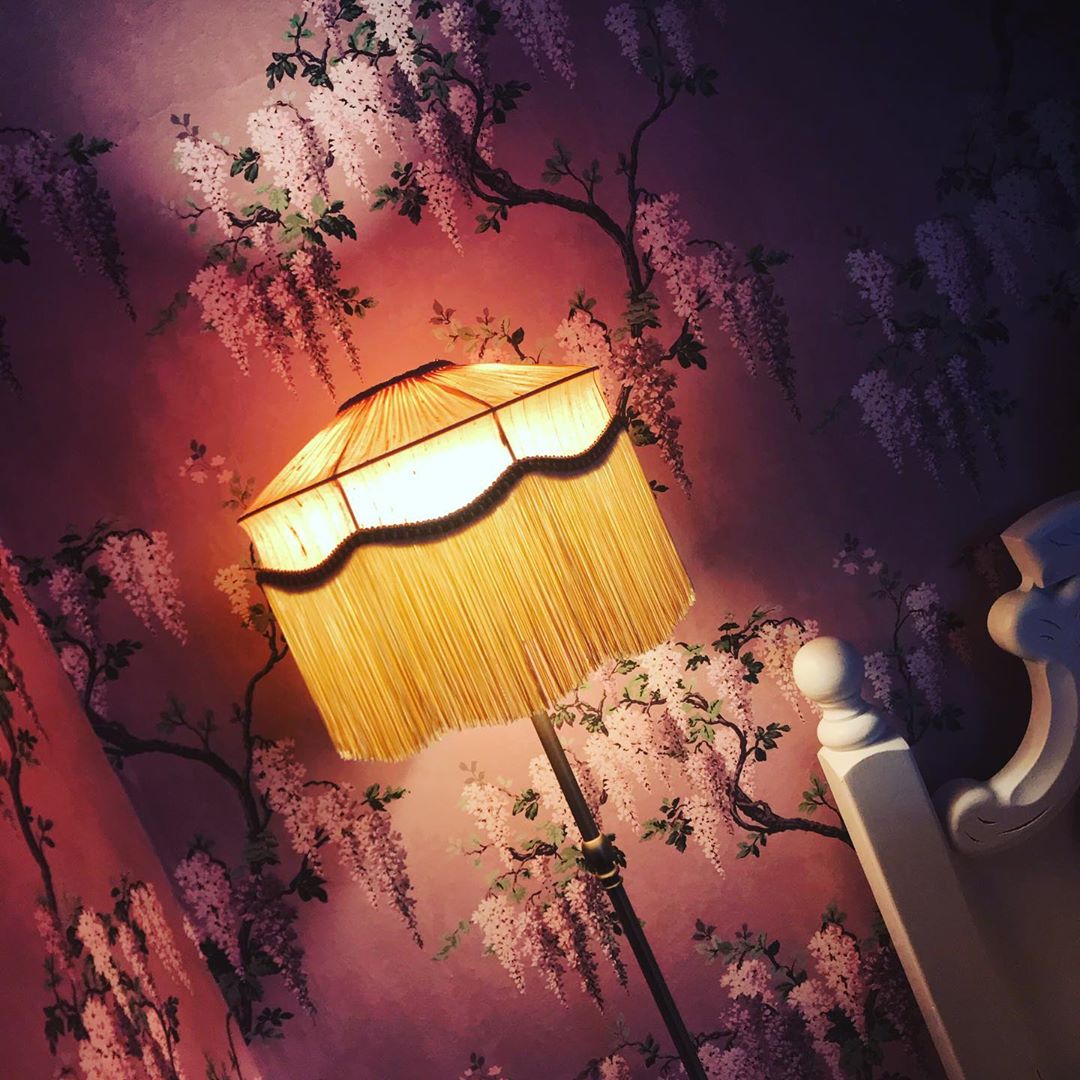 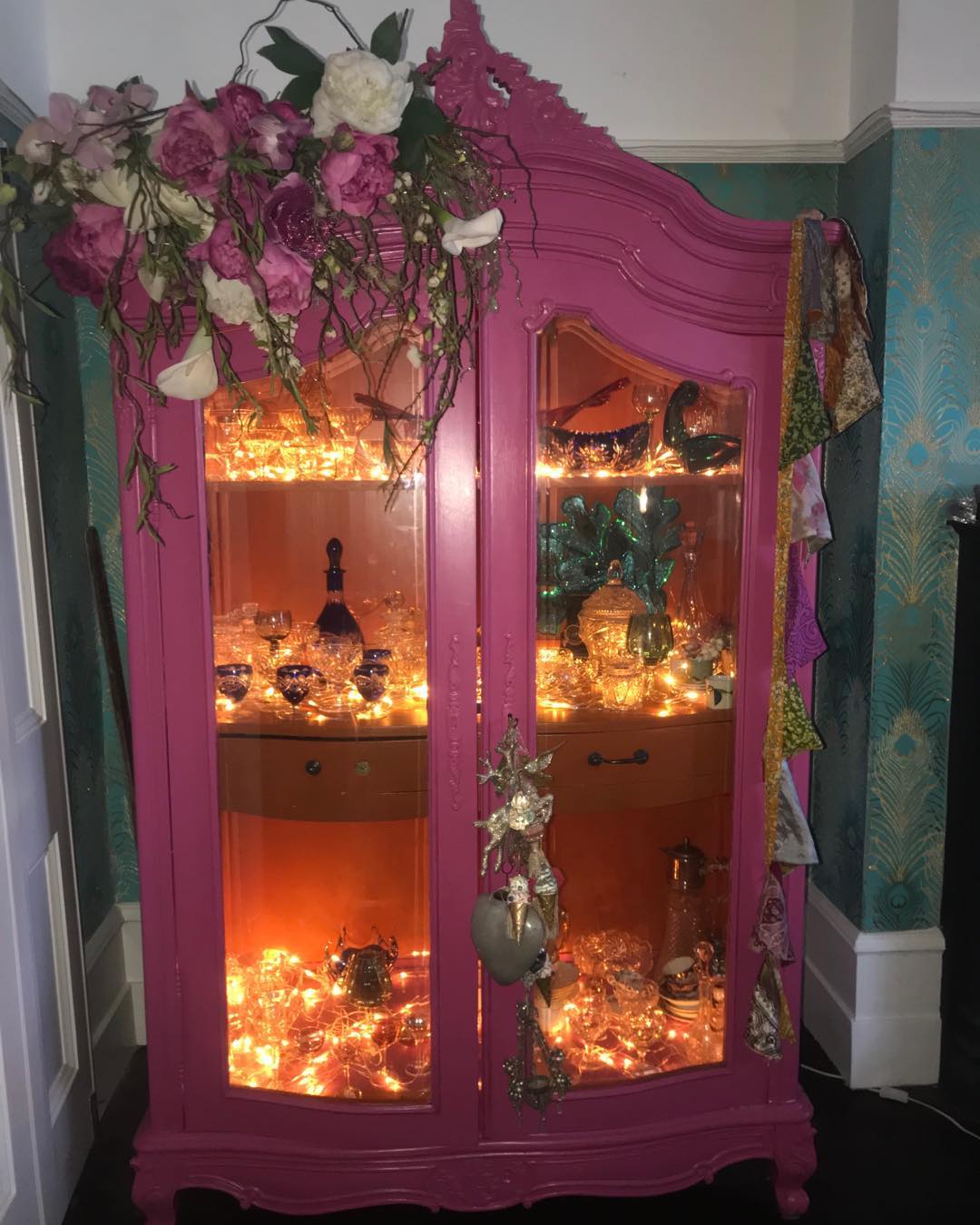 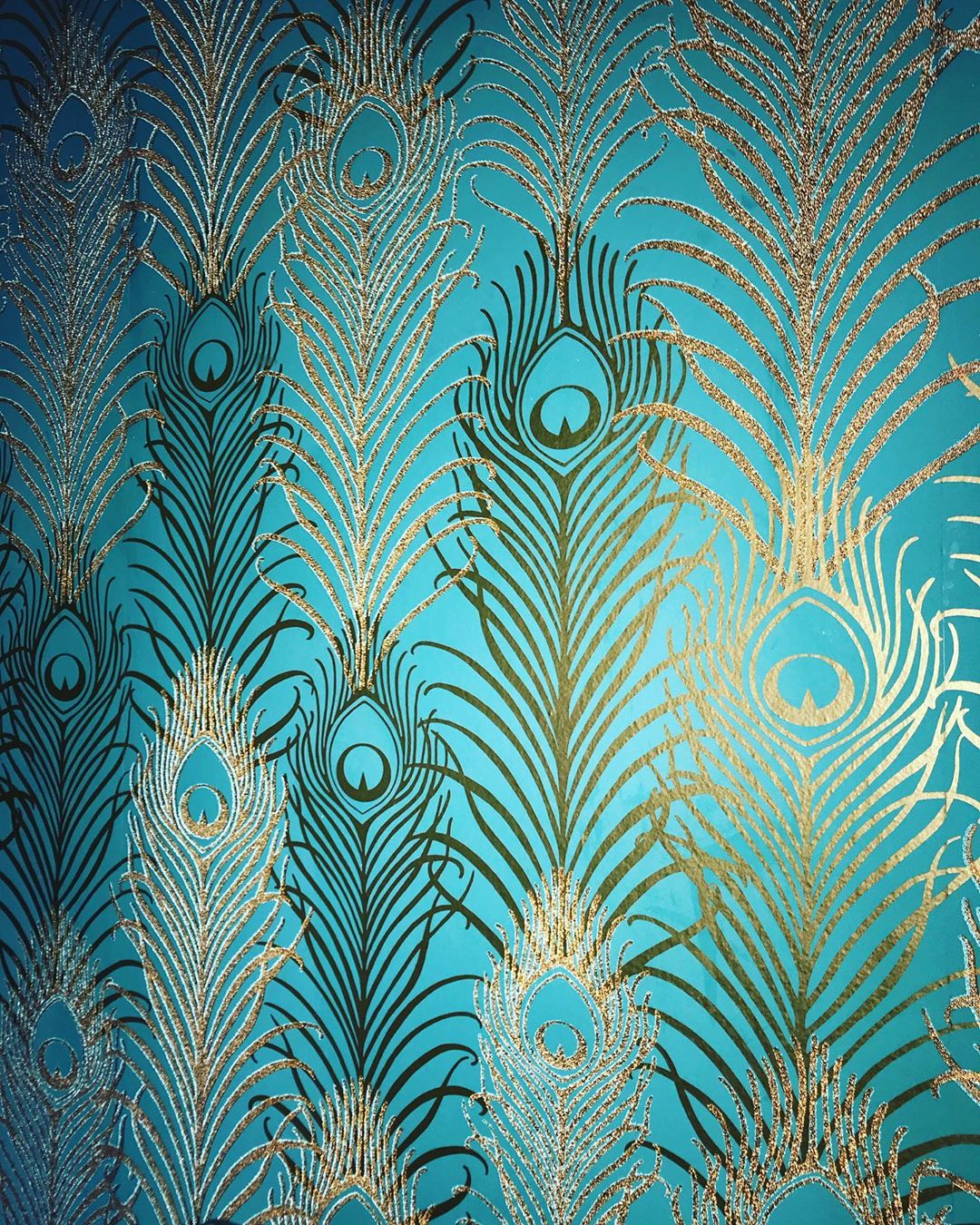 Jessie is partial to some jazzy wallpaper – including a bright blue wall adorned with gold peacock feathers, and a stunning black and white art deco display.

Meanwhile, her bathroom is adorned with retro pink and white patterned wall tiles – matched with a star design floor tile in the same colours.

She has ditched the pink for the kitchen, instead showing off vintage white tiles decorated with a blue and green floral pattern.

Her kitchen floor matches perfectly, with Jessie getting the patterned lino put down last October. 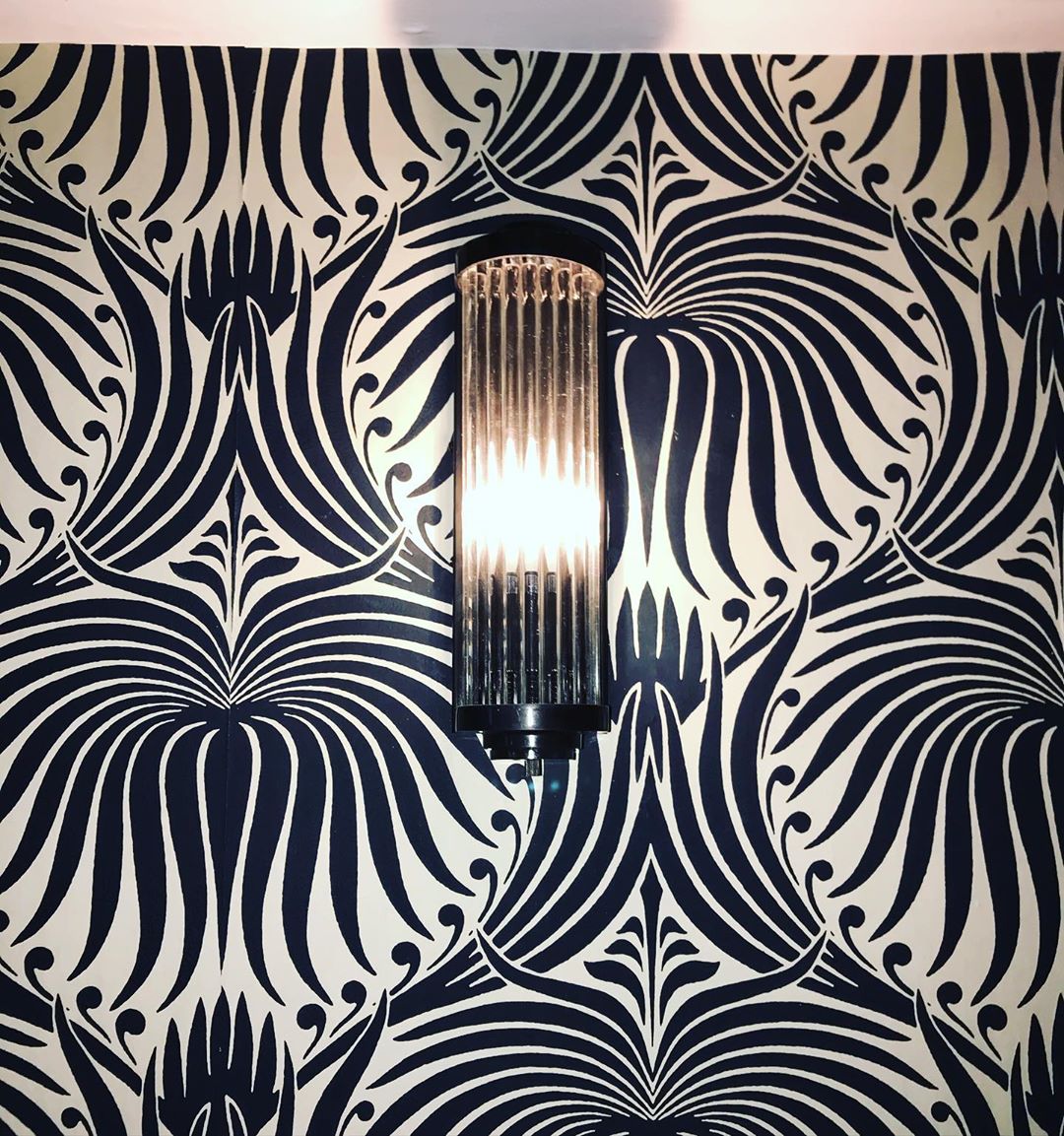 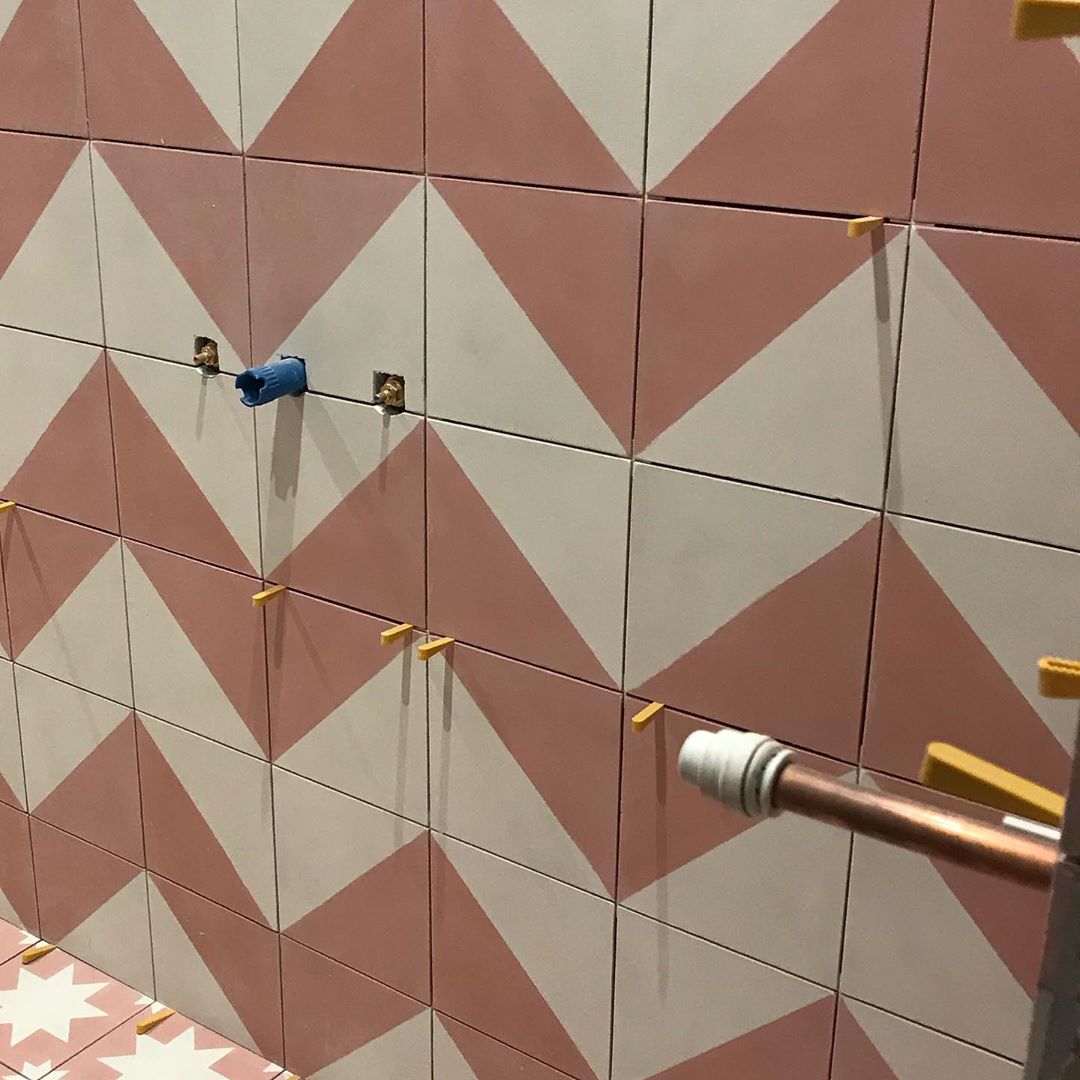 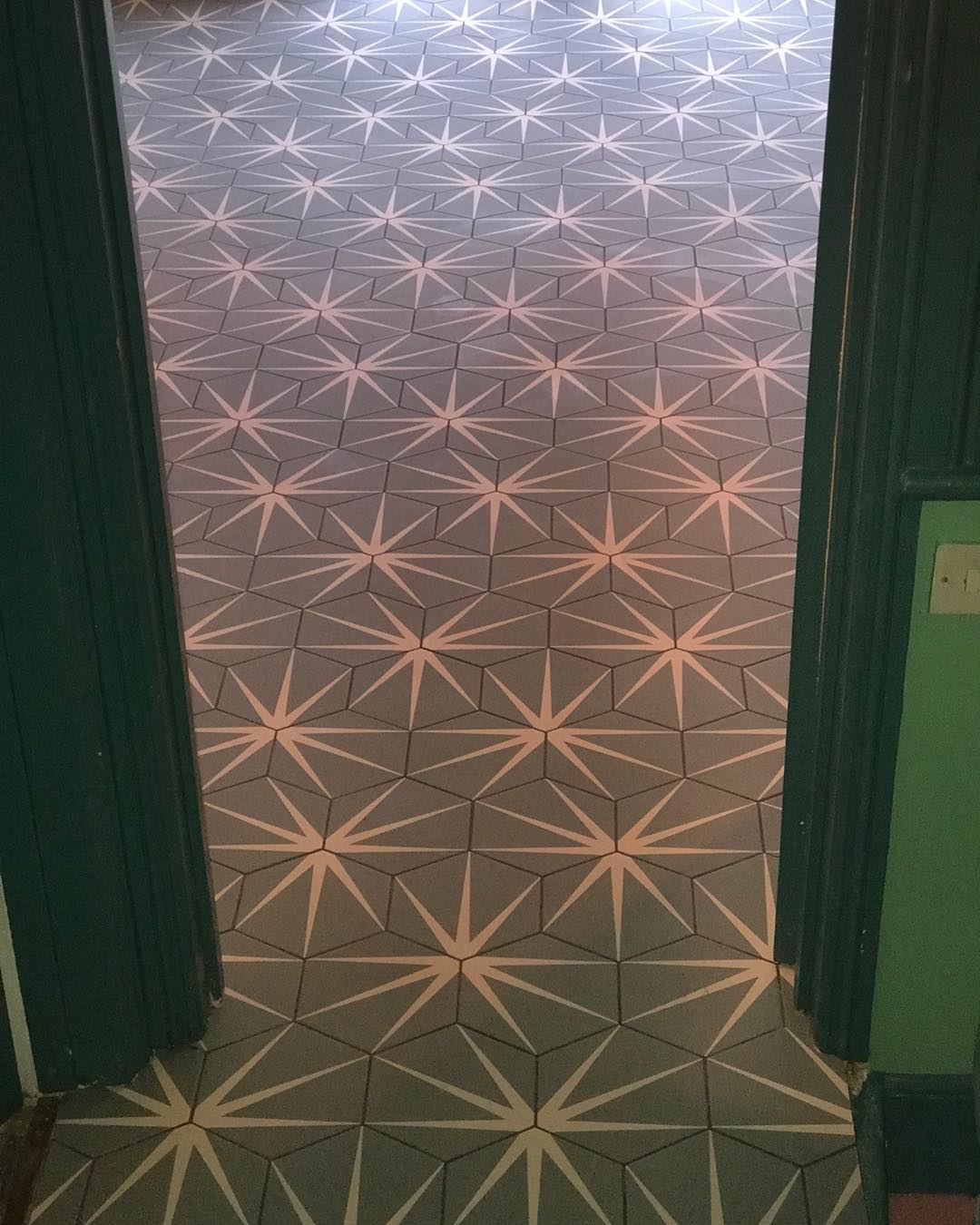 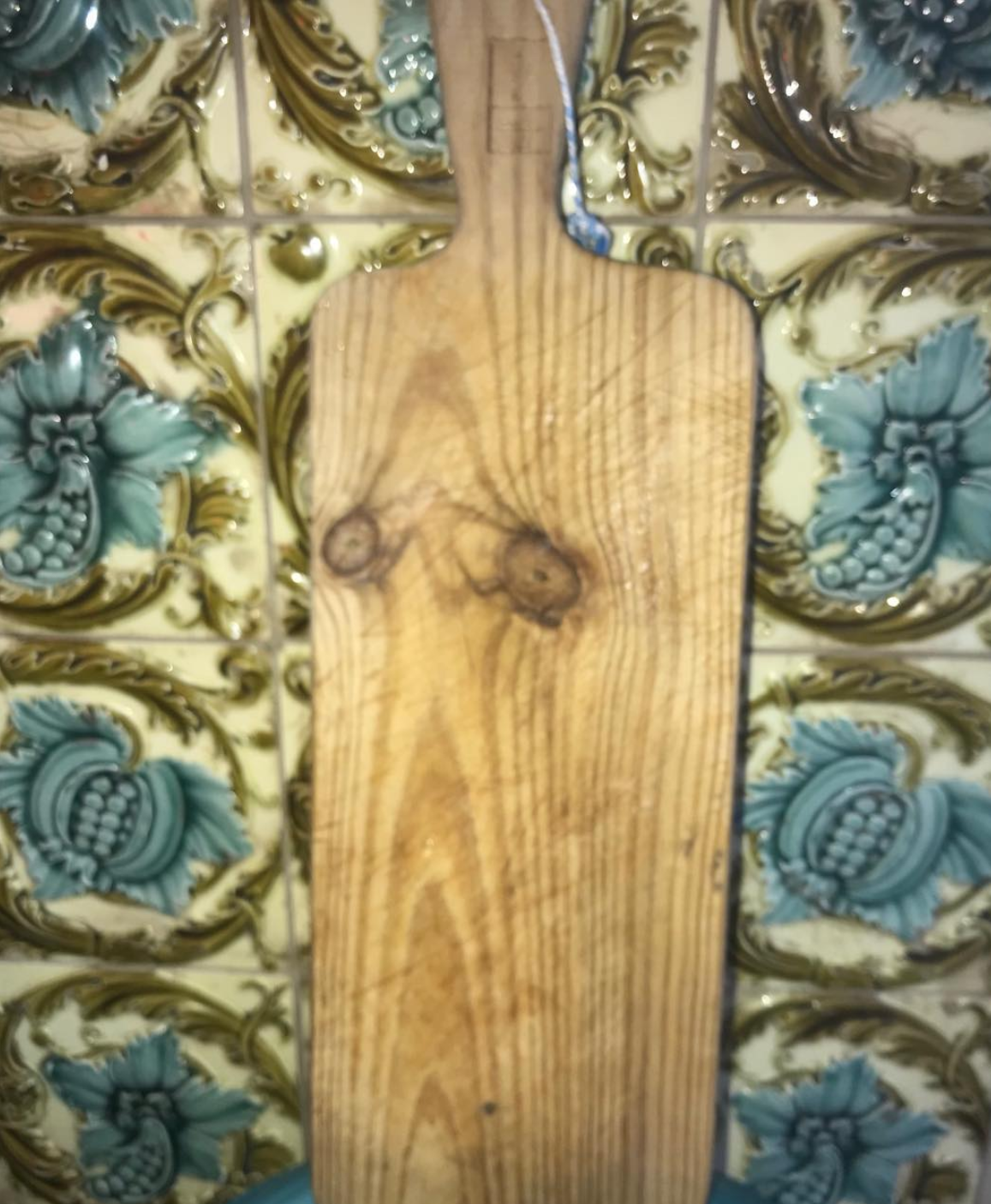 In January, it was revealed that Jessie had been suspended from EastEnders after allegedly drinking on set.

Bosses held a crisis meeting and decided to axe her from the soap for two months, with the decision coming just weeks after The Sun exclusively told that Jessie had split with greengrocer boyfriend Paul Keepin after two years.

The pair broke up just before Christmas and a source said at the time: "She is moving on and wants the New Year to be a fresh start when she will focus on work."