Breaking News
Jade Bird Performs Her Riveting New Song 'Headstart' on 'Fallon'
New & Noteworthy, From the Science of Life to Annie Oakley
Olivia Rodrigo’s ‘Driver’s License’ Song Is Number One for Two Weeks in a Row
Jlo, 51, slams trolls who insist she secretly had Botox AGAIN and says 'don't call me a liar!'
Skip to content

Season 1 finale airs Dec. 21 on HBO — or you can watch any episode on HBO Max now 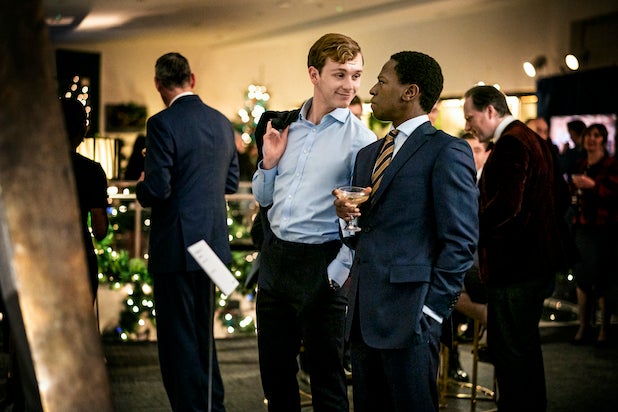 “Industry” has been renewed for a second season at HBO.

Created by Mickey Down and Konrad Kay, the drama’s eight-episode first season, which premiered Nov. 9,  follows a group of young graduates competing for a limited number of permanent positions at a leading international bank in London.

Per HBO, the BBC co-production “gives an insider’s view of the blackbox of ‘high finance’ through the eyes of an outsider, Harper Stern (Myha’la Herrold), a talented young woman from upstate New York. Following a group of young grads fueled by ambition, youth, romance and drugs, the series examines issues of gender, race, class, and privilege in the workplace as these impressionable young minds begin to forge their identities within the pressure cooker environment and sensory blitz of Pierpoint & Co’s trading floor, where meritocracy is promised but hierarchy is king.”

The final two episodes of Season 1 of “Industry” will air back to back on Monday, Dec. 21 at 10/9c and 11/10c on HBO. However, all eight first-season episodes have been available to stream on HBO Max since Nov. 27.

“Mickey and Konrad have captured an authentic, fresh angle on workplace culture from the bottom up and presented a complex look at navigating life in your early twenties – replete with thrills, failures and victories,” Francesca Orsi, executive vice president of HBO Programming, said Thursday. “It’s exciting to see fans embrace these young graduates, and we join them in anticipation of what’s in store for season two. We also send a big thanks to our partners at Bad Wolf and BBC.”

“Industry” is created and executive produced by Down and Kay, with additional executive producers including Jane Tranter, Lachlan MacKinnon, Ryan Rasmussen, David P. Davis and by Ben Irving for BBC. The show is co-executive produced by Ed Lilly and produced by Lee Thomas. Kay and Down write the series along with Sam H. Freeman and Kate Verghese. The first season was directed by Lena Dunham, Ed Lilly, Tinge Krishnan, Mary Nighy.

The drama is produced for HBO and BBC by Bad Wolf.