I'M A Celebrity viewers were left wanting to throw up after Victoria Derbyshire was covered in fish guts in the most disgusting trial ever.

The BBC journalist was covered in fish guts, offal and slime in the awful trial in tonight's episode. 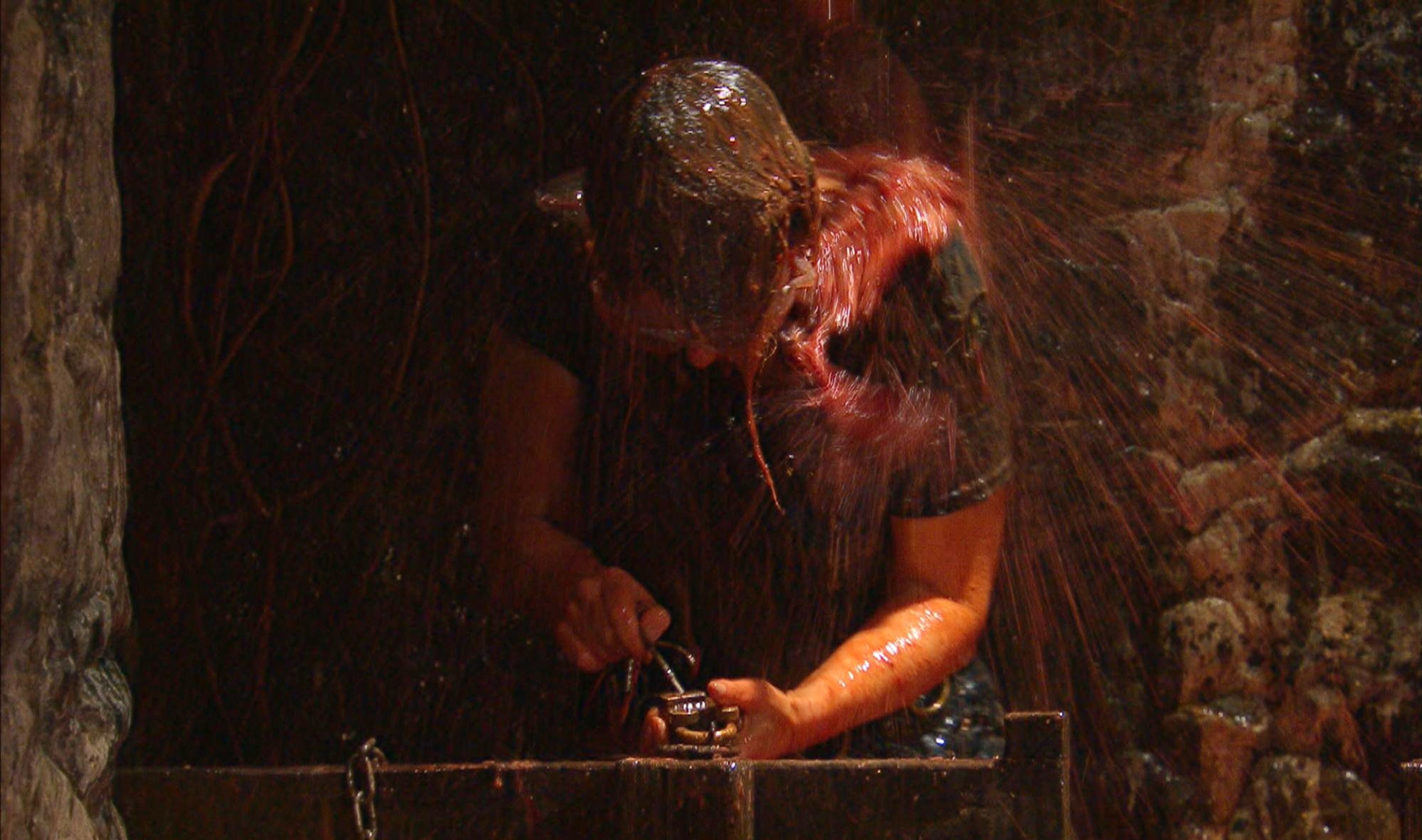 Ant and Dec described the trial, for the female campmates, as one of the most "smelly and disgusting" to have been on the ITV show.

The contestants were chained and locked to a giant bar in a chamber as part of the trial.

Derbyshire volunteered to endure the worst the chamber had to offer and was coated in fish guts, offal and slime.

She joked: "This is why I went into journalism." 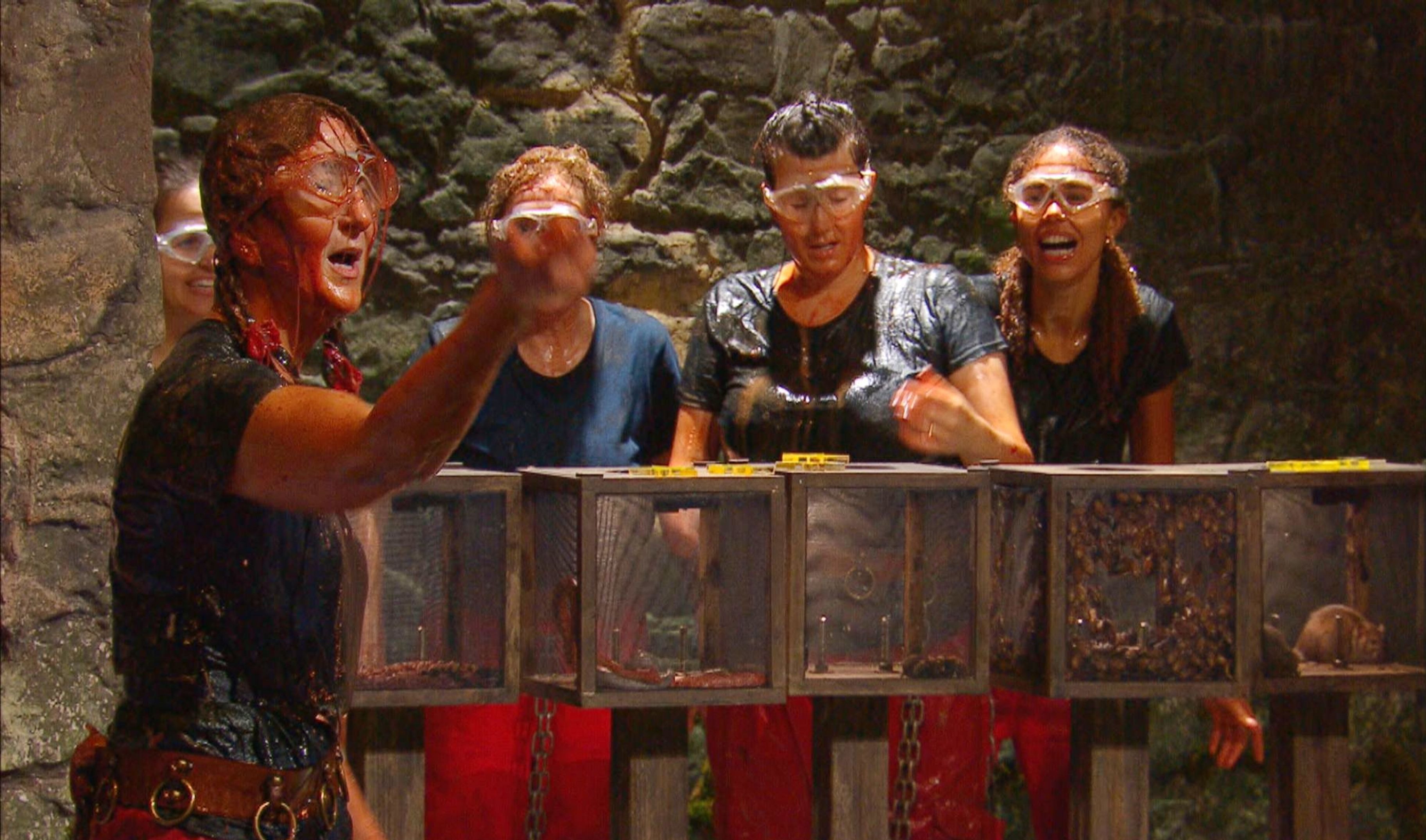 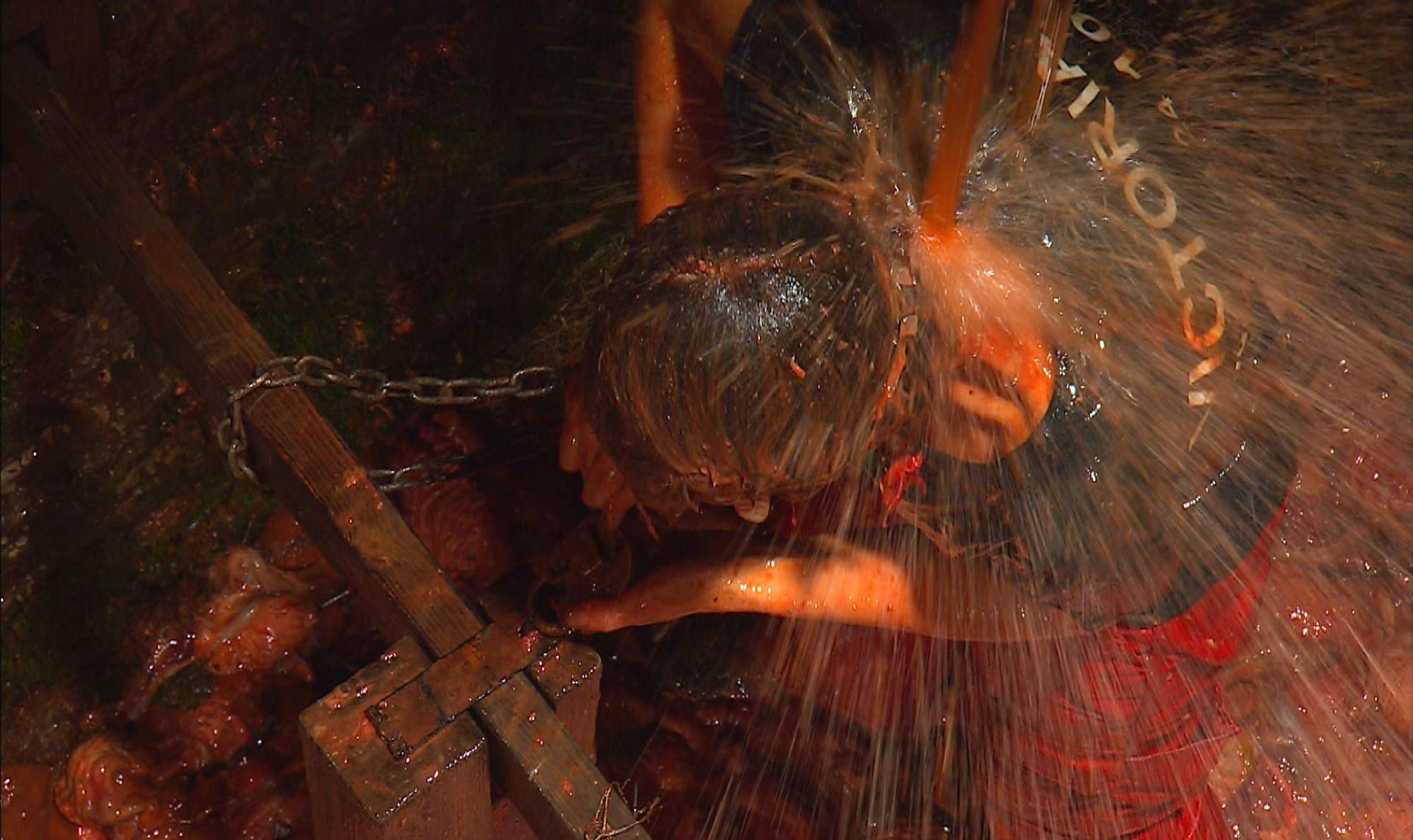 Coronation Street actress Beverley Callard said the trial "was truly barbaric" and told Derbyshire "you're a hell of a woman" as the team won 10 out of 12 stars.

Fans felt sick at the trial with one saying: "OMG I'm going to throw up."

Meanwhile, campmate Shane Richie told how he landed his role as Alfie Moon in EastEnders.

He originally auditioned for another character but was told soap bosses "didn't think you were right".

Richie was told to return to try out for another family.

"I'm bankrupt because of this film I'd invested in, I've got nothing, I'm selling the house, no work," he said.

"The phone goes and it's my manager and he goes 'EastEnders want you'. 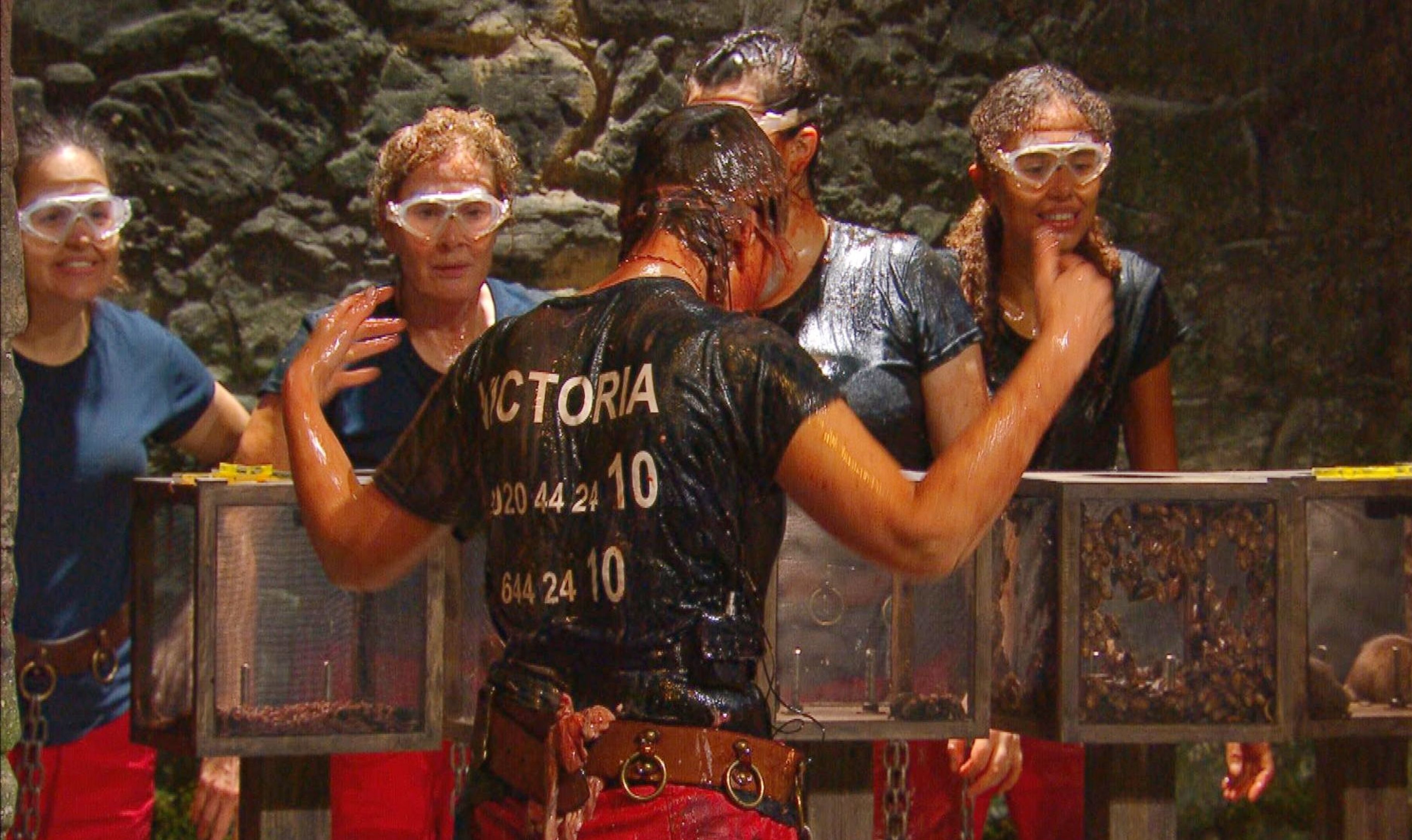 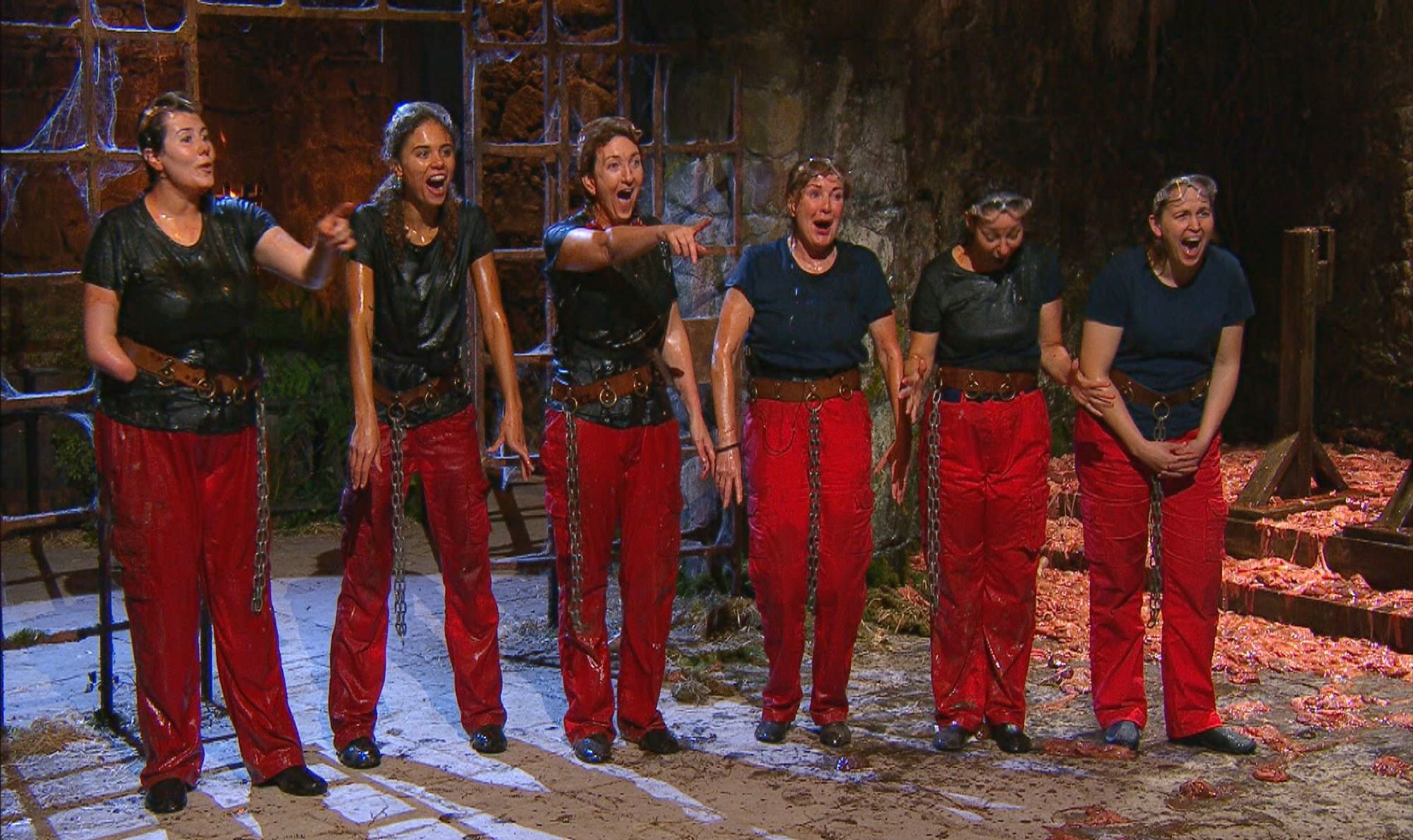 "I started getting teary and he told me about this character called Alfie Moon and in my first episode I'd be coming in and taking over the Queen Vic, I started crying."

Richie said he realised he had worked with soap's director years before, in the 1980s.

He said: "I'm doing warm-up on The Late, Late Breakfast Show. There's a runner on the floor, running around making cups of tea and someone started to shout at her, she gets teary.

"I went over and … sat down with her and said 'let me make you a cup of tea'.

"On my very first day on EastEnders, they said did you want to meet the director?

"I was so nervous, shaking, all the cast were there and I come around the corner and the director goes 'here you go Shane, here's a cup of tea'."

I'm A Celebrity…Get Me Out Of Here! is on ITV.