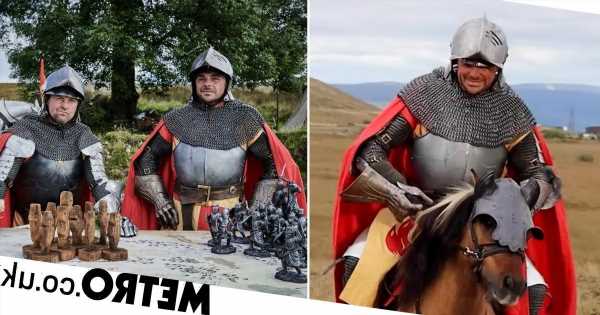 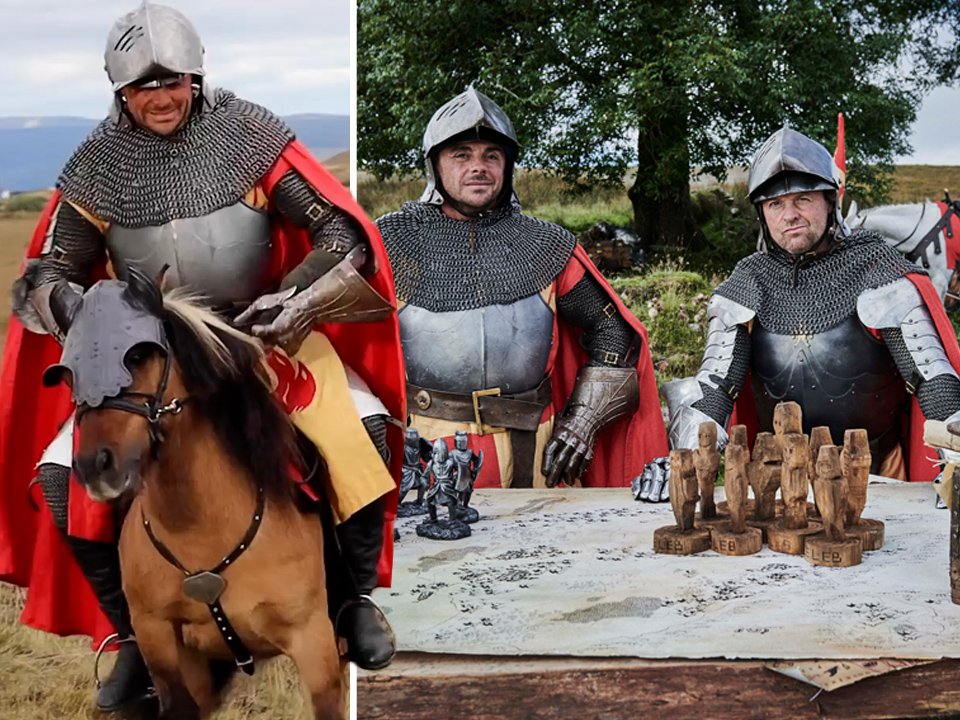 Ant McPartlin has been criticised by fans over a behind the scenes clip showing him sat on a small horse for the new I’m A Celebrity… Get Me Out Of Here! advert.

The 45-year-old star and his co-host Dec Donnelly shared a video of themselves on set as they worked on the promo for the upcoming series, which will return to Gwyrch Castle in North Wales.

In the footage, Ant can be seen dressed as a knight and sat on the back of what looks to be a Shetland pony.

He joked about the horse doing ‘a little dance’ as the animal moves its neck and paces around.

In the clip, Dec – also dressed as a knight – is sat on a much larger white horse, which was also moving around.

Ant quipped: ‘Haha it’s doing a little dance for you.’

He sang: ‘Do a little dance, make a little love, get down tonight.’

Later in the clip, he gave the horse a treat for ‘being a good boy’.

However, plenty of fans voiced their concerns over the video and seemed disappointed in the small horse being used in the ad, claiming Ant was ‘too big’ for it.

One person commented: ‘Sorry, love you two usually but that’s not right.’

Another added: ‘Ant is far too big/heavy for that little pony 🤬 much as I love A&D this is cruel & not at all funny!!

A different fan wrote: ‘Love your work, always have, but shame on you both for using that small pony to carry Ant who is clearly far to heavy for it’

And yet another chipped in: ‘Would have been better if they showed him on a rocking horse as he is far too heavy for that pony’.

However, others enjoyed the clip and saw the funny side to the video.

One follower added: ‘Hilarious that horse is far too small.’

I’m A Celebrity… Get Me Out Of Here! returns to ITV later this year.