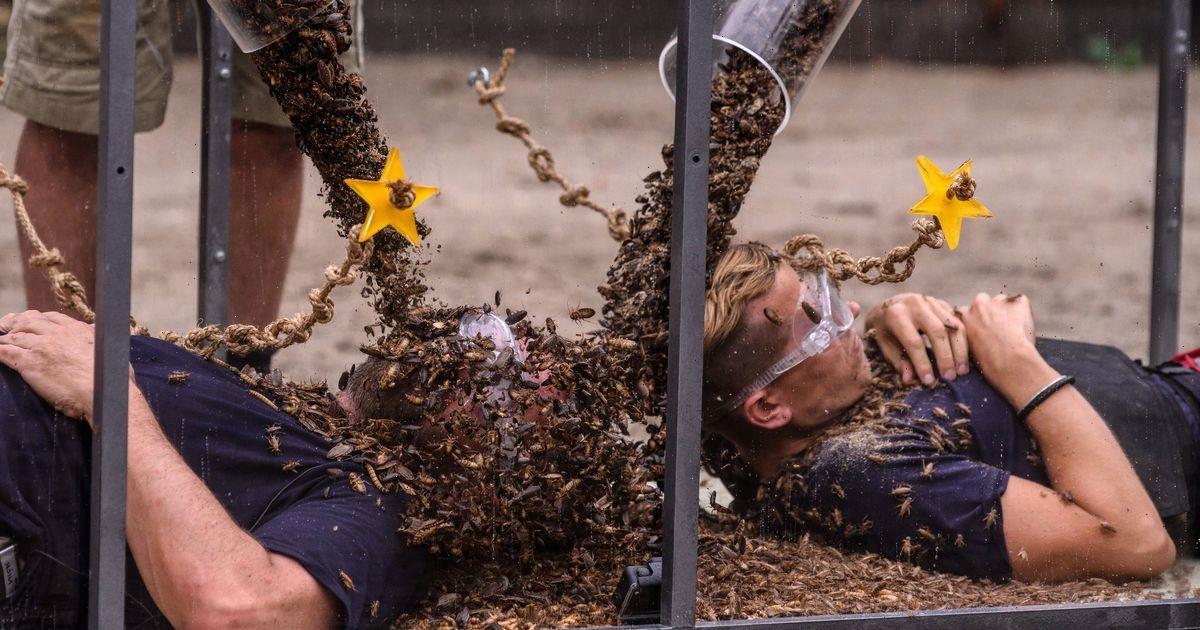 While celebrities such as Charlene White, Mike Tindall and Babatunde Aleshe were all smiles as they touched down in Brisbane, Australia, ahead of their I’m A Celebrity… Get Me Out Of Here! debut, they might not be smiling so much when they come face-to-face with the jungle's creepy crawlies.

In light of the coronavirus pandemic, the last two series of the hit ITV show have been hosted in Wales, butthe camp is finally back in Australia.

The celebrities might be pleased with the country’s warmer climes compared to Wales' bitter winter weather, but hotter temperatures often means one thing – more bugs.

Discussing the matter with The Mirror, Professor Dieter Hochuli, who leads the Integrative Ecology Group at the University of Sydney, said mosquitoes are also bound to thrive under these conditions.

"The big one that is causing lots of concerns for this upcoming summer is mosquitoes," he said.

"Their biology is driven by available water and higher temperatures means they will be able to reproduce quickly once the weather heats up.

"The public health risks are significant and it will be an important summer for covering up and wearing repellent. This moist environment is really helping insects deal with one of the greatest threats which is drying out."

New research by trade marketplace Hipages has also revealed the number of jobs related to termites and cockroaches had exploded by 175 per cent and 128 per cent respectively over the last year.

Speaking on Channel Nine News, Pest2Kill director Julian Bracewell, said they have been noticing the increase in bugs, which has meant trouble for homeowners – and ITV's celebrities.

“We’ve been seeing a massive increase in cockroaches. I kind of think we are moving into new territory because we've never had this much rain.

“The La Nina being here creates a pretty fertile environment. It’s due to this we’ve seen an increase in insect breeding. I feel like the season usually comes around November/December when it warms up … but after a slight kind of change in temperature moving into spring the activity has gone up dramatically."

I’m A Celeb fans won’t have to wait much longer for the show’s return as ITV has confirmed the new series will begin on Sunday November 6 at 9pm with a whopping 105 minute-long special.