Iain Lee has announced his departure from talkRADIO earlier today on social media after four years of hosting is own show. The 46-year-old presenter explained how his contract had not been renewed and thanked those he had worked alongside for the achievements and time he has had.

“I’ve been waiting for a while to find out if my contract was going to be renewed and today I was finally told that, no, it isn’t,” the statement read.

He continued: “I have had an amazing 4 years at talkRADIO. I’m the only host to be in the original slot that I asked for 4 years after the station started. 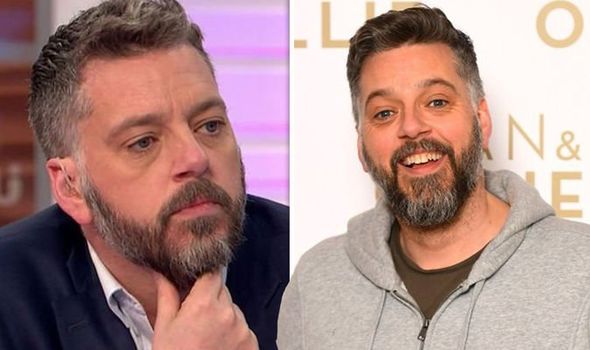 “I could not have done this without my producer and later co-host Katherine Boyle. She was the real power behind the show, not me. I love you Katherine and I know that we made something unique.

“Only you and I know what went on behind the scenes, and yet we stayed true to our aim – to bring more silliness and humanity to the radio. (sic),” it continued.

Iain also revealed this was not the end of his presenting career and was looking for other opportunities.

“Thank you, listeners. All of you. You showed me that I was right to swim against the tide. You joined our silly little gang and played along. I am eternally grateful.

“Oh, and radio controllers and programmers…got any cover shifts going?” It concluded.

Iain was a late-night presenter for talkRADIO and he joined the station from its launch in 2016.

talkRADIO Programme Director Dennie Morris told RadioToday: “I’d like to offer my personal thanks to Iain as he leaves us with our very best wishes. He was there at the launch of talkRADIO and has built a loyal fan base for his irreverent Late Night Alternative.

“During his tenure with the station he has won two national ARIA awards, most recently this year after he and his team worked to get emergency services to a caller who had overdosed.

“Iain’s time on talkRADIO has been an incredibly important chapter in the station’s history.

“As he leaves us, we continue to focus our strategy around connected listening and online engagement, building on the station’s record RAJAR results for its news and current affairs output,” Dennis added.

Fans of Iain’s flocked to the comments section to offer their thoughts and opinions on the news – many were not happy Iain was leaving.

“Goddamn it! @talkRADIO. @iainlee & @FlippinKath show was the only thing worth listening to on your station. Well iain & kath.. Good luck. Heres to better things, and talk radio bosses…. Well I guess the administrators will be in soon. You’ve just killed your ratings,” one fumed.

Another fan remarked: “Well that’s TalkRADIO off my preset button and app deleted……. no point now.”

“Well Iain, talkRadio have now lost me as a listener, only switched on when it was you and Kath & Im sure I’m not the only one who will tell you this.i have followed you throughout your career on the radio as well as tv. Cant wait for you to settle into a new project sooner or later,” someone else wrote.

One fan commented: “@talkRADIO bad decision. @iainlee has a very unique broadcast style and certainly makes for a different listening experience, shame. Good luck Iain no doubt your listener’s will follow you.”