Dan Walker and Louise Minchin hosted BBC Breakfast on Monday morning and England’s recent sporting success was a big topic. Dan, who also presents sport for the broadcasting channel, opened about how “emotionally drained” he felt from a long weekend of working.

Louise informed viewers about the busy weekend of sport which saw some big wins for England.

Meanwhile, England secured a win in the Euro’s by beating Ukraine 4-0 on Saturday, earning them a place in the semi-finals of the competition.

“Ohh it’s a big week of sport isn’t it? There was so much to watch over the weekend,” Dan remarked. 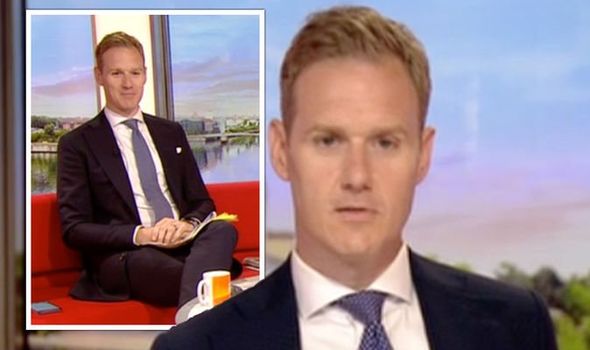 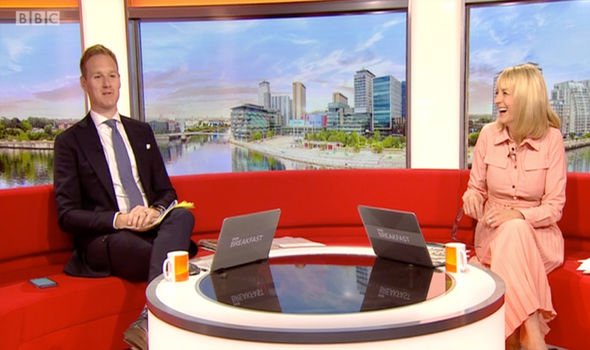 “It was so exciting,” Louise agreed, adding: “You’re still tired aren’t you?”

Dan confessed: “I am a bit tired. I feel emotionally drained by all this. I’m not sure I’m ready for the semi-final on Wednesday. It’s just weird.

“What I find very strange is that anybody who’s supported England for a long time will know that normally at this stage of the tournament you are looking back and thinking ‘ugh what might have been. Why did we play that badly? Why can’t we play well in major tournaments? Why do we worry so much about defeat?’

“But, the way that they’re playing at the minute it’s wonderful to watch. 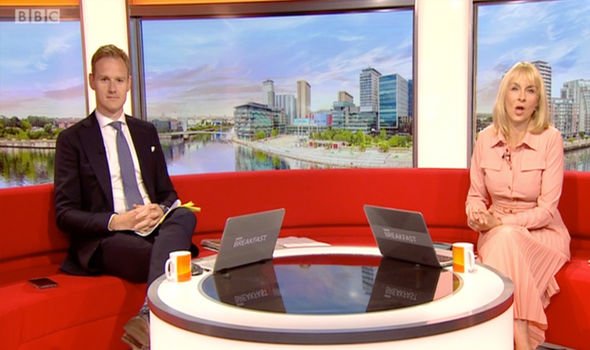 “I mean what a delight to watch an incredibly boring last 20 minutes against Ukraine!” Dan exclaimed.

Laughing at her co-star’s excitement, Louise said: “Shall we just pause those thoughts and keep them with us?”

Later in the show, Dan revealed former footballer Alan Shearer would be joining them on the program.

Dan remarked: “I think because England are playing well, Alan now wants to come on Breakfast all the time because I think he thinks he’s part of the process.”

“He thinks he’s part of the thing? He’s the lucky charm if he comes to talk to us?” Louise asked.

Dan added: “He comes on Breakfast, he talks to us and then England play well.

“Straight after the game he was like ‘right what time am I on Monday morning?’ So He’s going to be here at ten past eight.

“If you’ve got any questions for Alan about what England should do or might do on Wednesday against Denmark in the semi-final or you just want to reflect on what’s been a brilliant weekend of sport, just let us know,” Dan concluded.

England are set to take on Denmark for the next round of the Euros this Wednesday.

The young tennis star will be battling it out for a spot in the quarter-finals.

Referred to as Manic Monday, the second Monday at Wimbledon has always been eagerly-anticipated as it is the only Grand Slam to schedule all 16 women’s and men’s fourth-round singles matches on the same day.