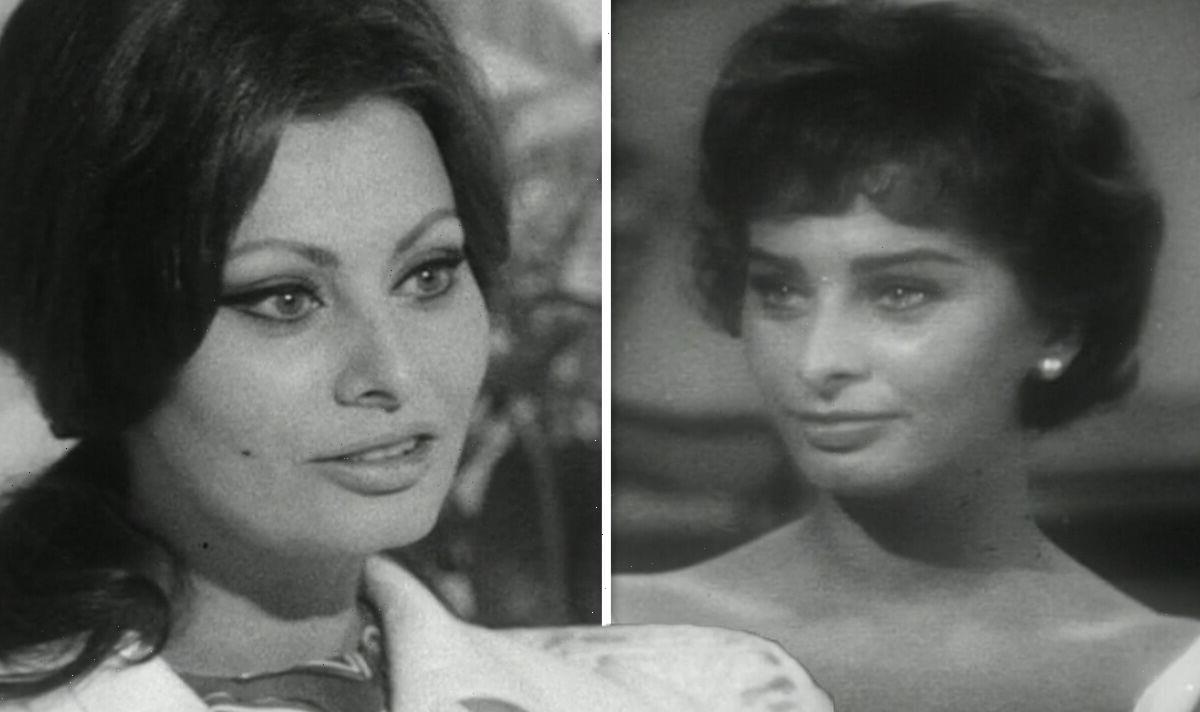 BBC’s Talking Pictures examined the life and career of one of the most glamorous stars to grace the big screen, Sophia Loren. In rarely seen archive material, one clip shows Sophia being hounded by photographers while another actress was left neglected. However, when asked about this incident, the Oscar-winning star shut the interview down.

In 1961, Sophia made history as the first performer to win an Oscar for a foreign-language role with Two Women.

In the footage, Sophia can be seen disembarking a plane and making her way to a car.

The actress was arriving in Nice after being appointed as president of the jury at the Cannes Film Festival in 1966.

Over the footage, a voiceover remarked: “This year with Sophia Loren president of the jury things are even more simplified or confused than usual in that direction.

“Sophia is out of time and space but not everybody is.

“If you’re another actress be careful what time you arrive at Nice airport the festival can treat you cruelly.

“While Sophia Loren was pursued into a car in a trail of glory another actress Leslie Caron once equally famous was left with three photographers such is the penalty for getting on the wrong plane.”

During an appearance on 24 Hours in 1966, Sophia was asked about the incident with the press.

The interviewer quipped: “Yesterday, at the airport you were welcomed mythically and at the same time another star, a rather famous one, who had perhaps picked the wrong time to arrive only had three photographers around her.

“Does this sort of thing worry you?

Sophia replied: “It’s unfair of you to ask me that kind of question.”

“I don’t wish to talk about it,” the actress added.

Meanwhile, in the same interview, Sophia was asked about the film roles she chooses.

“What do you look for in a film?” The interviewer asked.

“I like honest films, I like films that are a great deal to do with real life,” she answered.

“I like real characters which quite rarely you see nowadays because every film is mixed up and you can’t really see a sincere love story.”

The interviewer asked the actress why she was chosen as the president of the jury.

Sophia replied: “I have no idea really. I’m very flattered as a matter of fact and surprised by this choice because generally the president of such an important jury as the film festival in Cannes is always given to people who have behind them an artistic career much longer than mine.

“So this thing really flatters me a great deal.”