During Monday’s Good Morning Britain, ITV hosts Susanna Reid and Richard Madeley spoke with journalist Ateh Jewel and former editor Duncan Larcombe about the Royal Family’s right to privacy as well as the possibility of them ditching the “never complain, never explain” policy. However, the debate soon took an unexpected turn when Susanna hit out at Ateh after she aired her thoughts on the matter. Ateh told Susanna that the Queen needs to be more “open and honest”.

As they discussed Prince Harry and Meghan Markle’s controversial interview with Oprah Winfrey, Susanna asked: “Ateh, do you think the Royal Family should have sat down with a major broadcaster here and done a point-by-point rebuttal to the things they took issue with?”

Ateh replied: “Not necessarily, we all saw what happened to Prince Andrew with his interview.

“I think it’s about being more open, making statements and I think a lot of the confusion would be cleared up.

“I think being open and honest is always the best policy…” 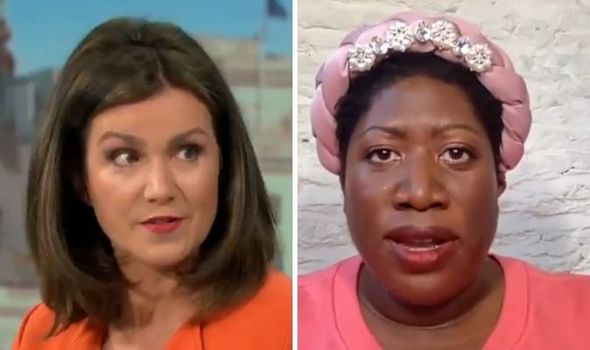 Before Ateh could finish her sentence, Susanna interrupted as she hit back: “Hang on a second, so you’re saying they need to be open and honest but it’s actually a mistake for them to do interviews?”