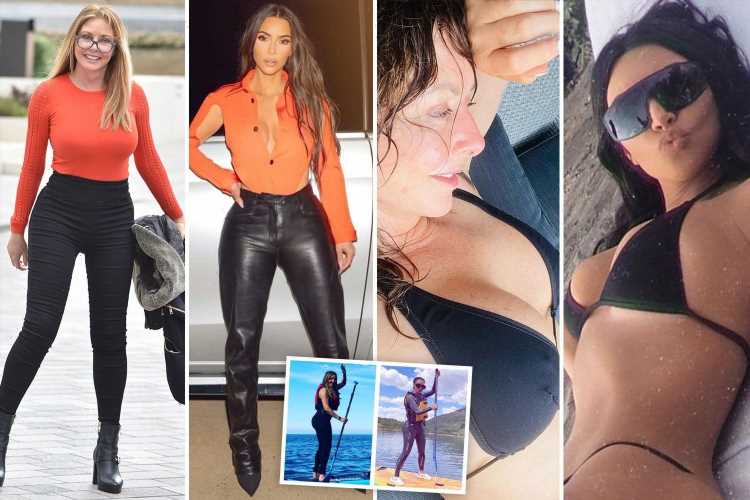 ONE has the most talked about bottom in Britain and is the biggest influencer of her generation – and the other is Kim Kardashian.

After showing off her curvy figure in a black jumpsuit to meet astronaut Tim Peake this week, Carol Vorderman is being hailed as the new Kim, with fans racing to point out the surprising similarities on Instagram. 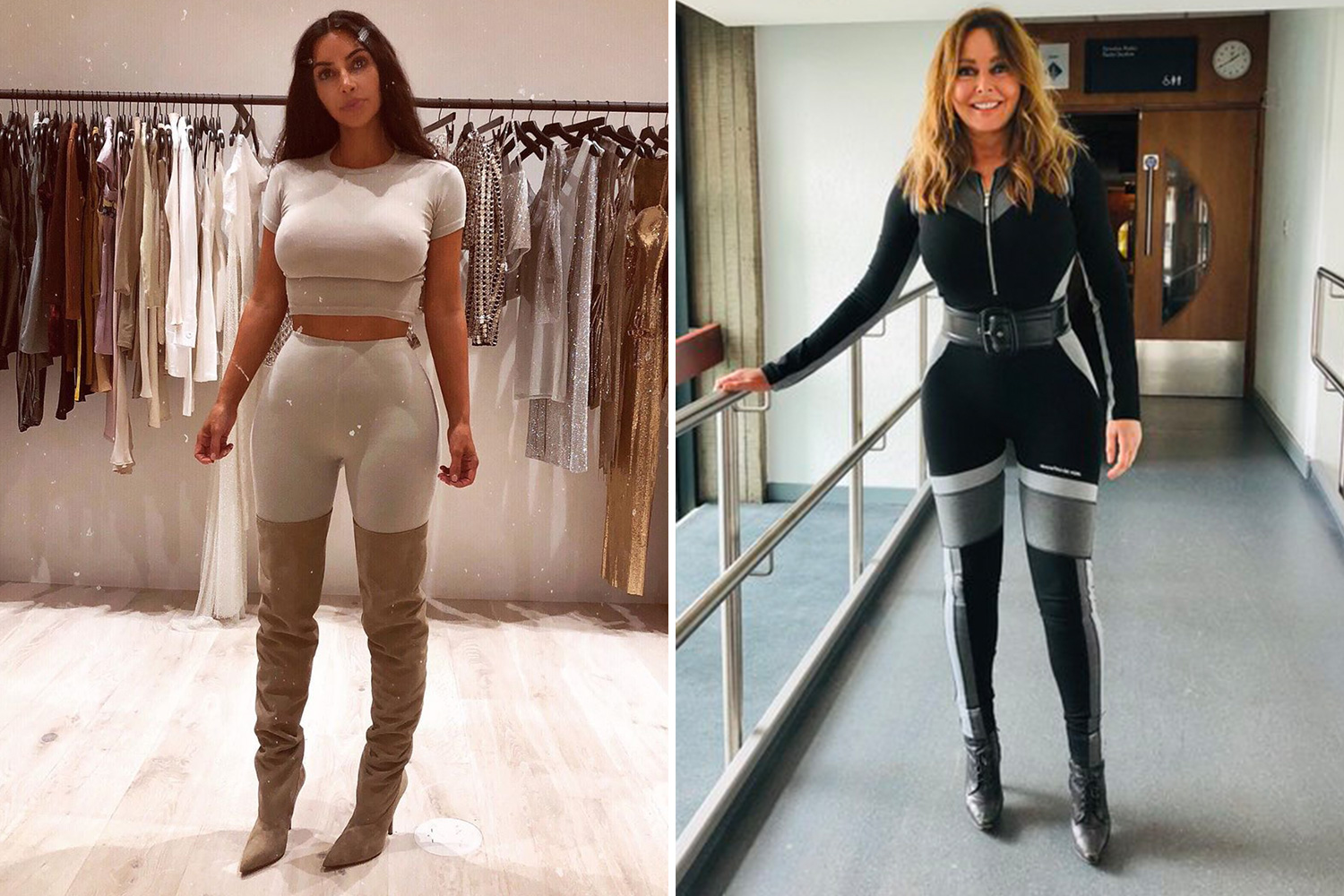 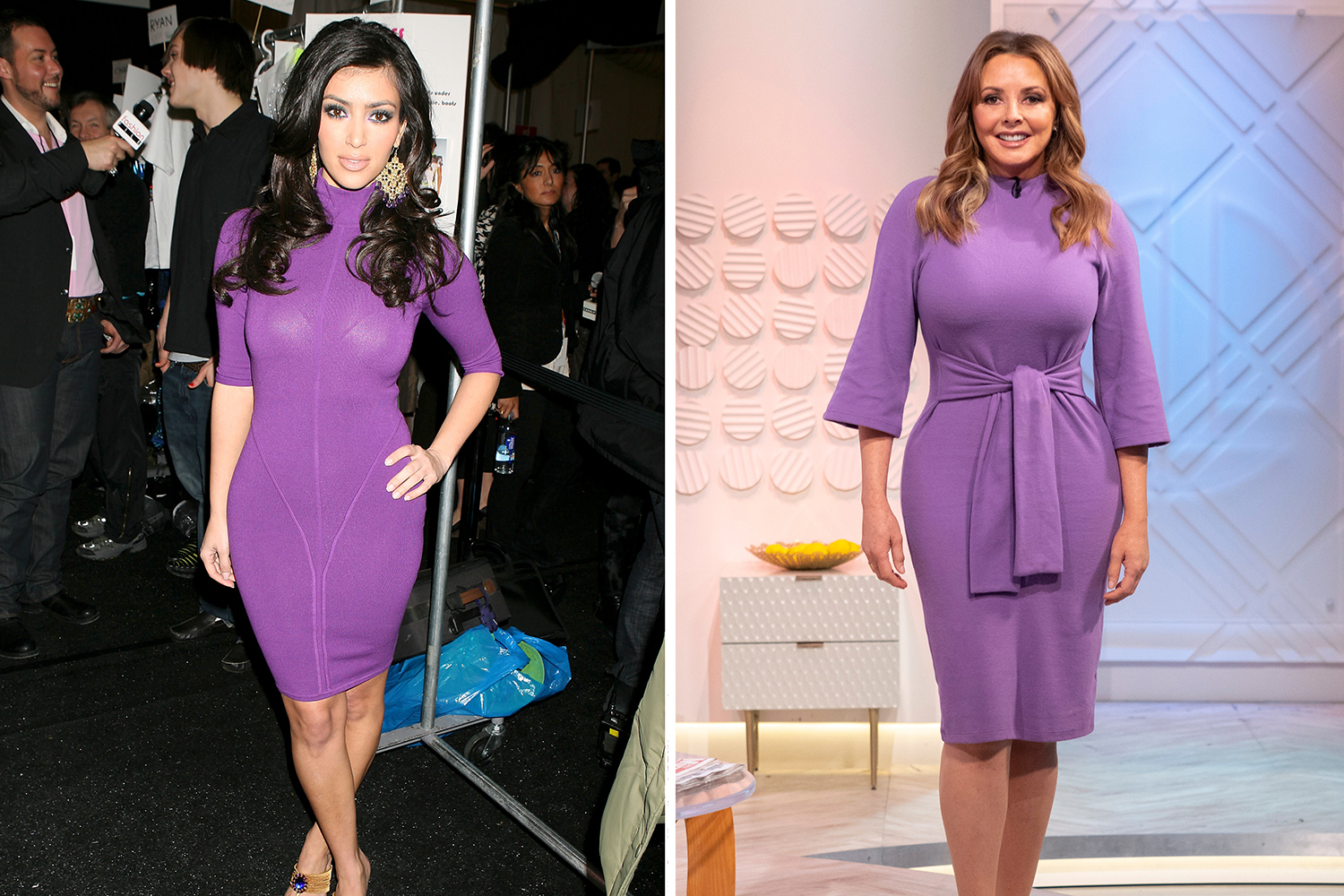 The 60-year-old presenter – who has won Rear of the Year twice – has even recreated 41-year-old Kim's famous Paper Magazine shoot previously, and balanced a glass of wine on her bum.

The Countdown star – who has had an incredible transformation over the years – has made no secret of the fact she's flattered by the comparison, admitting she'd be crazy not to want to be compared to someone 20 years younger than her.

So is she merging into Kim? We examine the evidence. 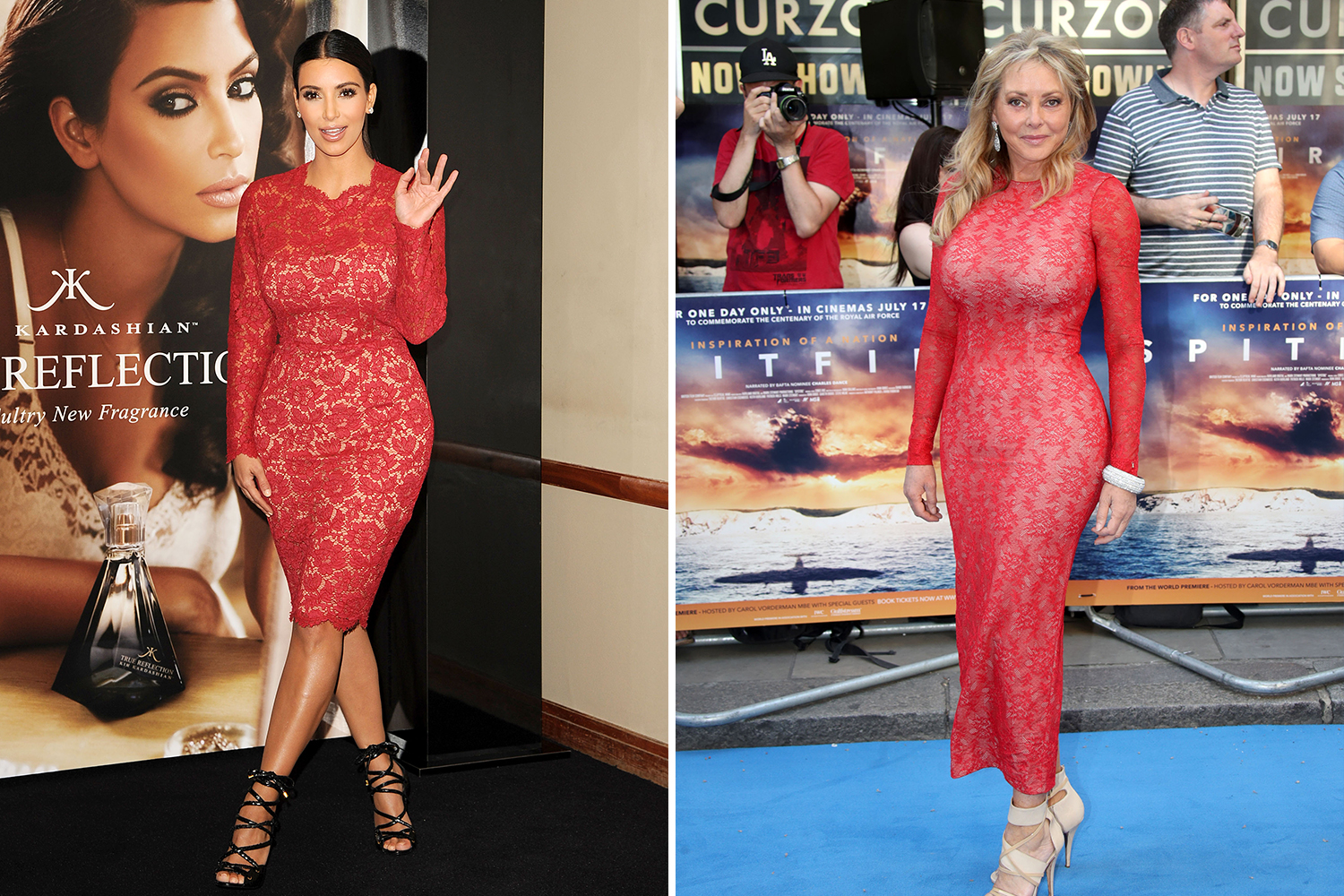 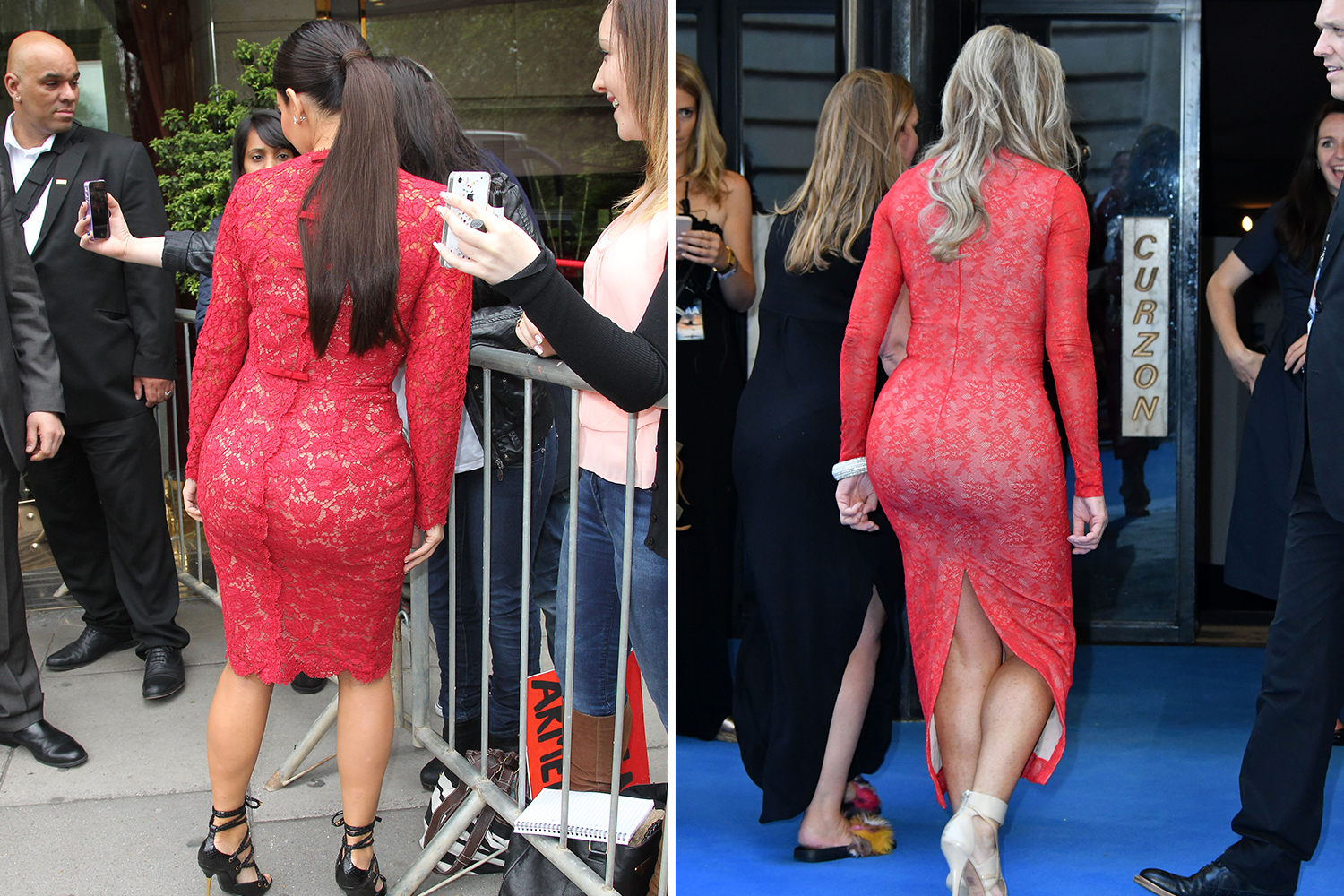 Like Kim, Carol knows how to accentuate her boobs with nipped-in waistlines and low-cut dresses.

Carol says her bust size has increased over the years in a similar way to Kim's, whose bust rose from a 34D to a 36DD after having daughter North, eight, and son Saint, five.

"I’m 5ft 6in and now I’m around nine or nine-and-a-half stone (I don’t know for certain because I haven’t weighed myself since 1999, when I threw out my scales). And I’m a 38D bra size these days."

The mum-of-two said her boobs got bigger after having kids and again with the menopause.

And both women have their own ways of keeping their busts safe from the effects of gravity.

Kim is known to use boob tape to get the perfect look in low-cut outfits and Carol says: "I can assure you my bust isn’t gravity-defying. I have to hoick them up with a bra, like everyone else." 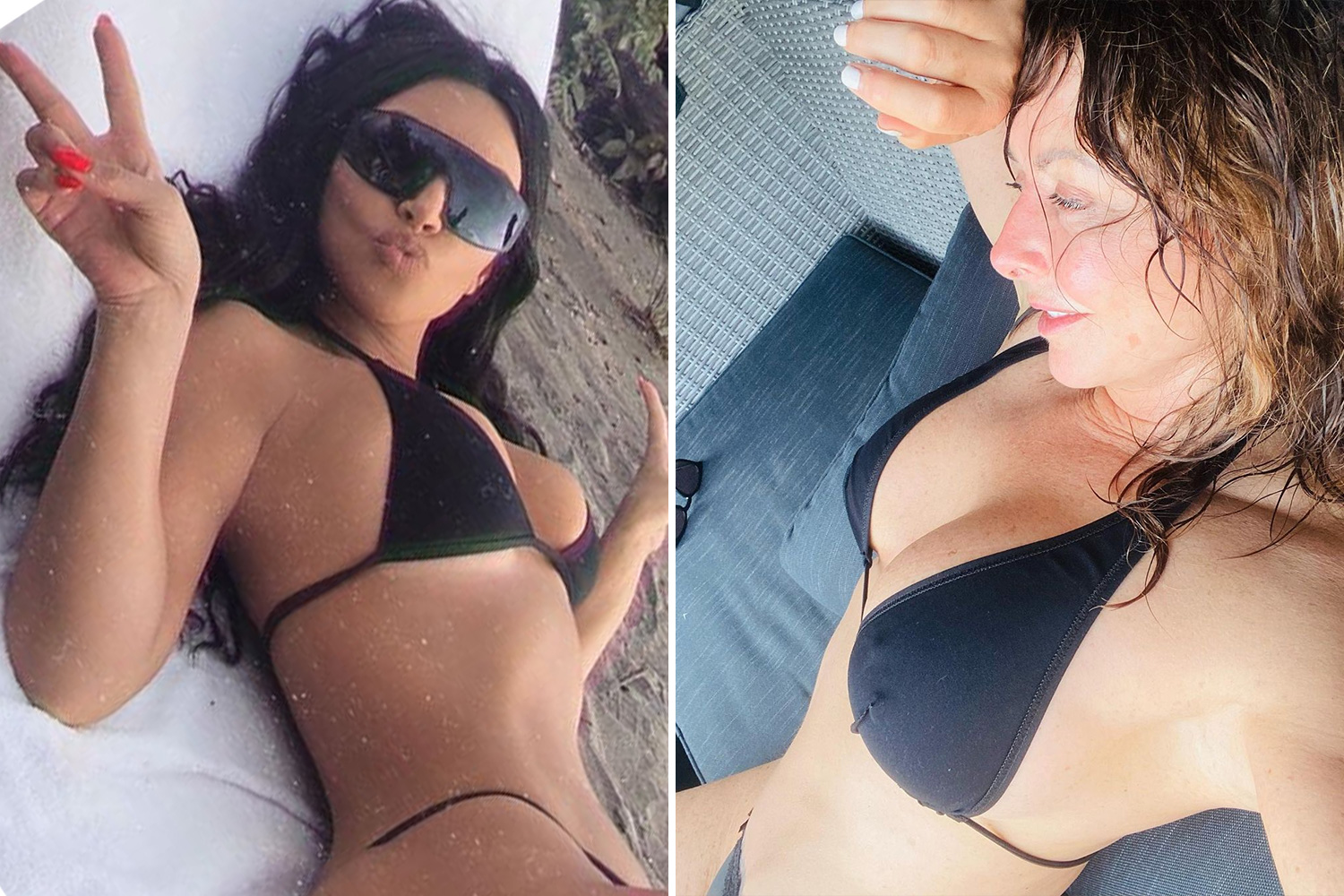 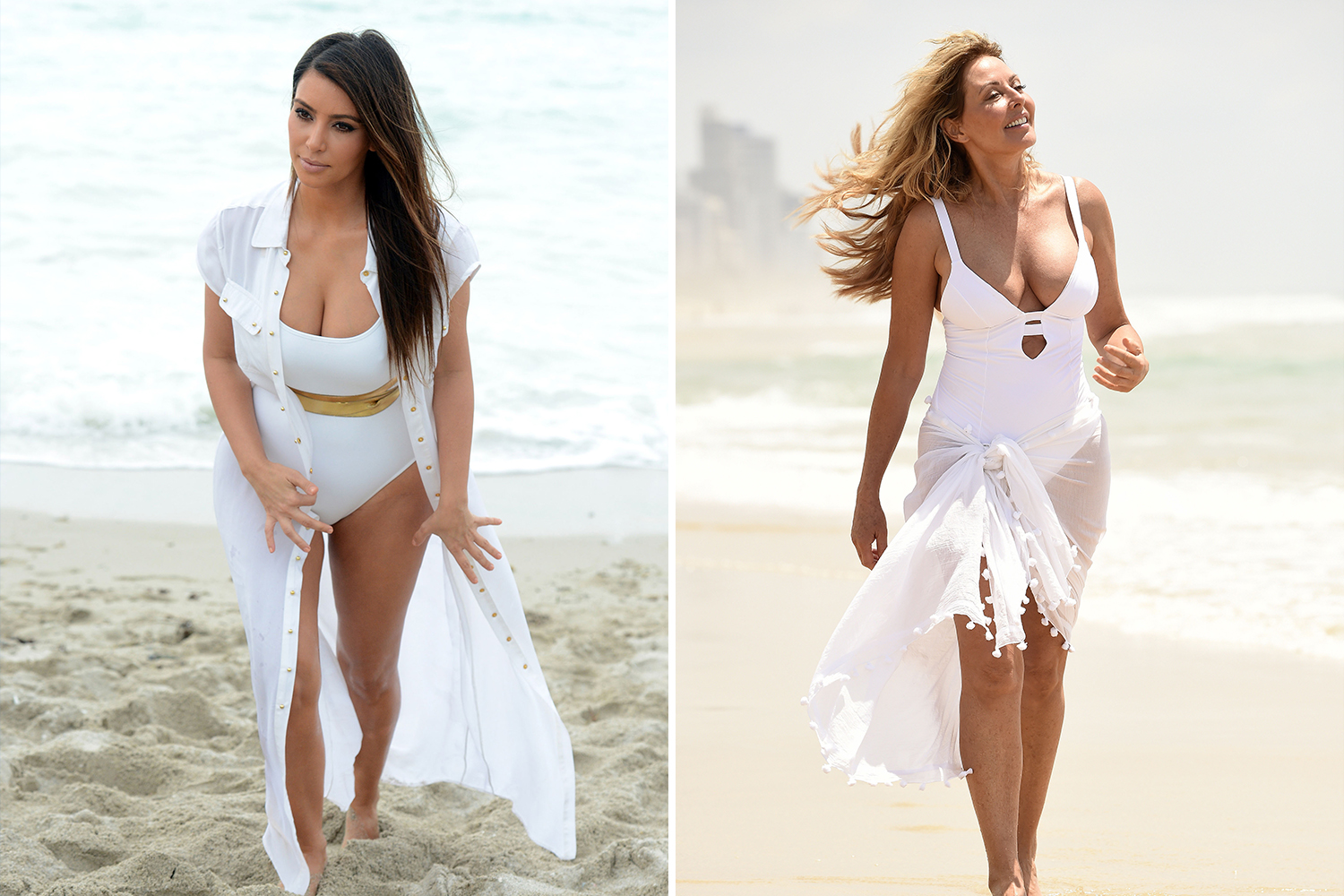 Just like Kim, Carol shows off her body in sexy bikini selfies on the beach.

She is now a curvy size 12 and says she feels more secure in herself than ever before, admitting she used to criticise her looks when she was younger.

Speaking to the Express, she said: “I don’t look as good but I’m probably more confident. I’ve realised that all my self-criticism was pretty meaningless.

“As you get older you realise you don’t have to be the most beautiful girl with the longest legs.” 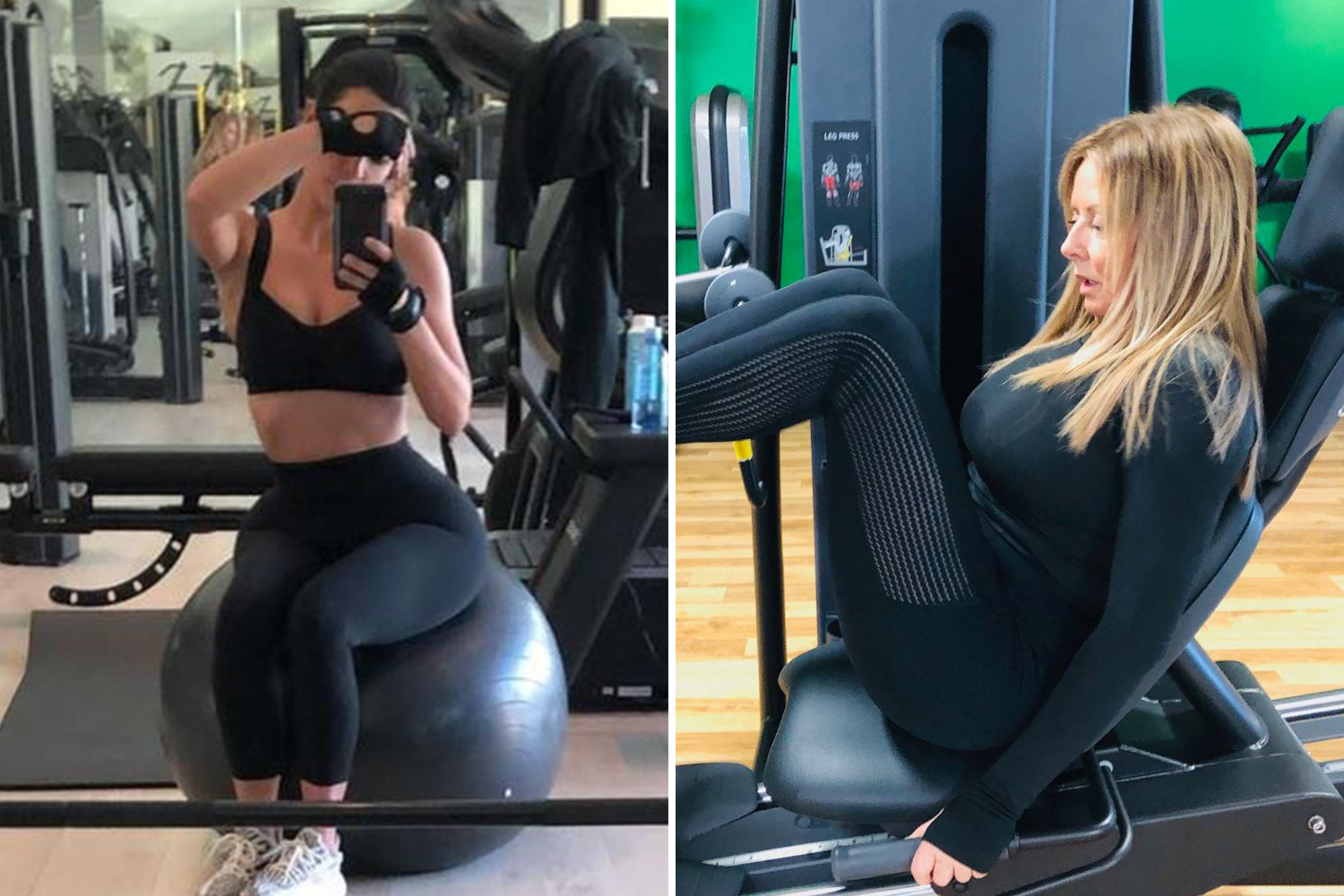 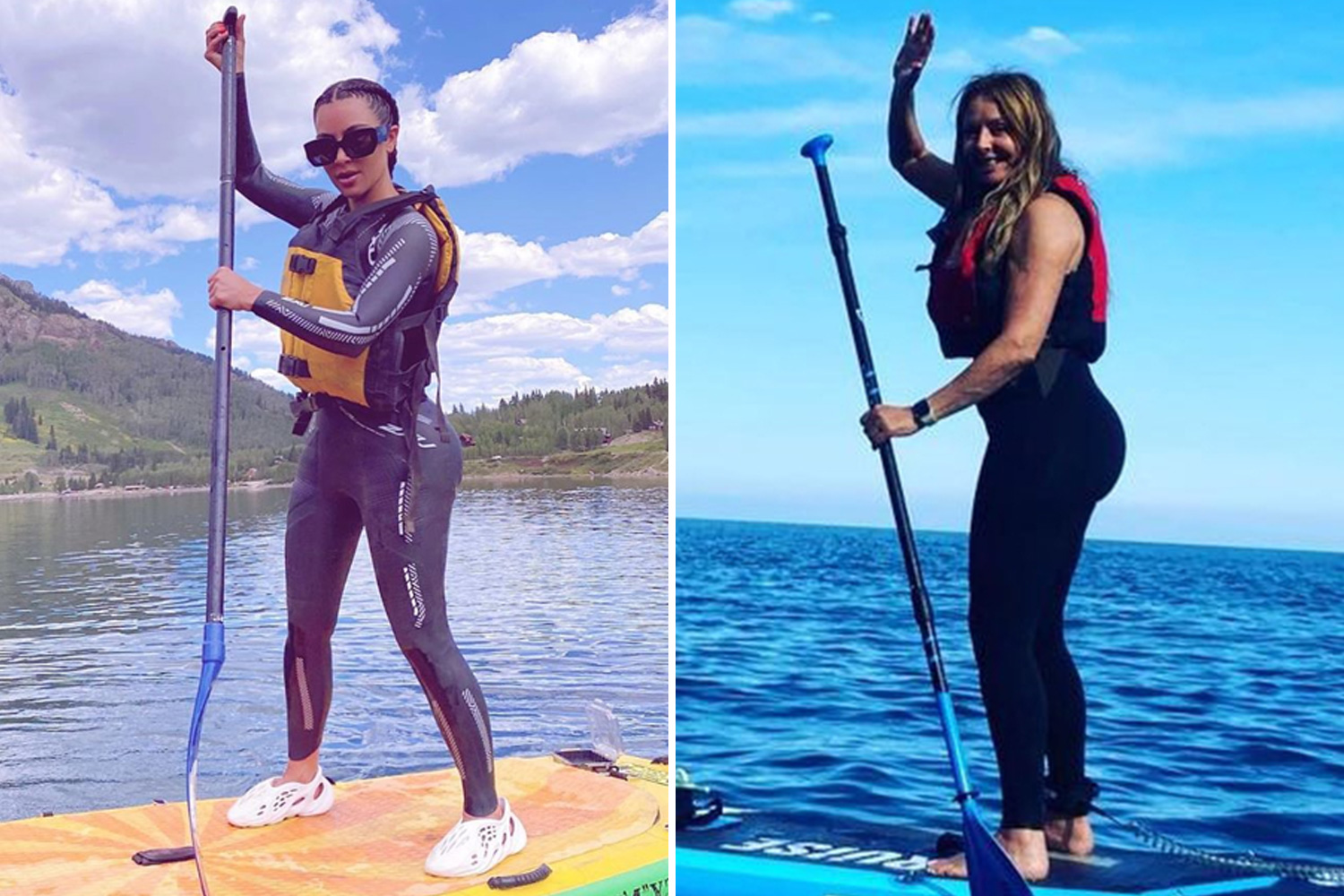 After her bum caused a stir in a pair of leggings recently, Carol revealed that as "knickers dig into my big bum" she often goes "commando".

"I promise I haven't had bottom implants. I've been working out for decades, so the shape of mine is down to years of keeping fit," she said.

Carol walks seven miles every day and uses a 12kg kettle bell to perform sets of "12 very slow, deep squats" – a work out favoured by Kim herself.

Kim claims her famous bottom is down to daily 90 minute workouts with personal trainer Melissa Alcantrara.

She told followers of her app: "My trainer Melissa has been kicking my a** lately. Her butt workouts are so hard, but so worth it. I love seeing the results!"

"Carol Voderman looks great for her age, she clearly gets her curvy Kim K figure through working out." 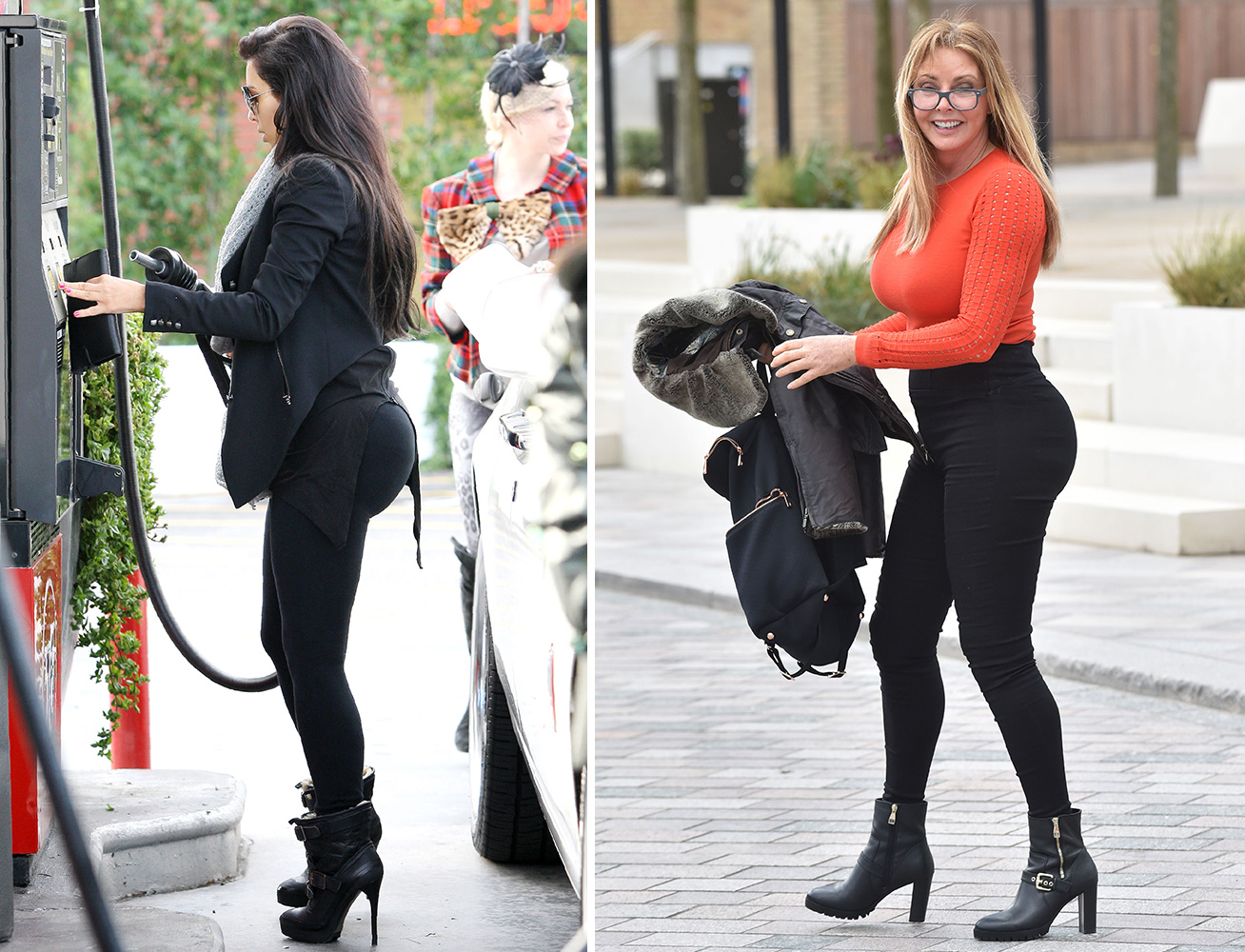 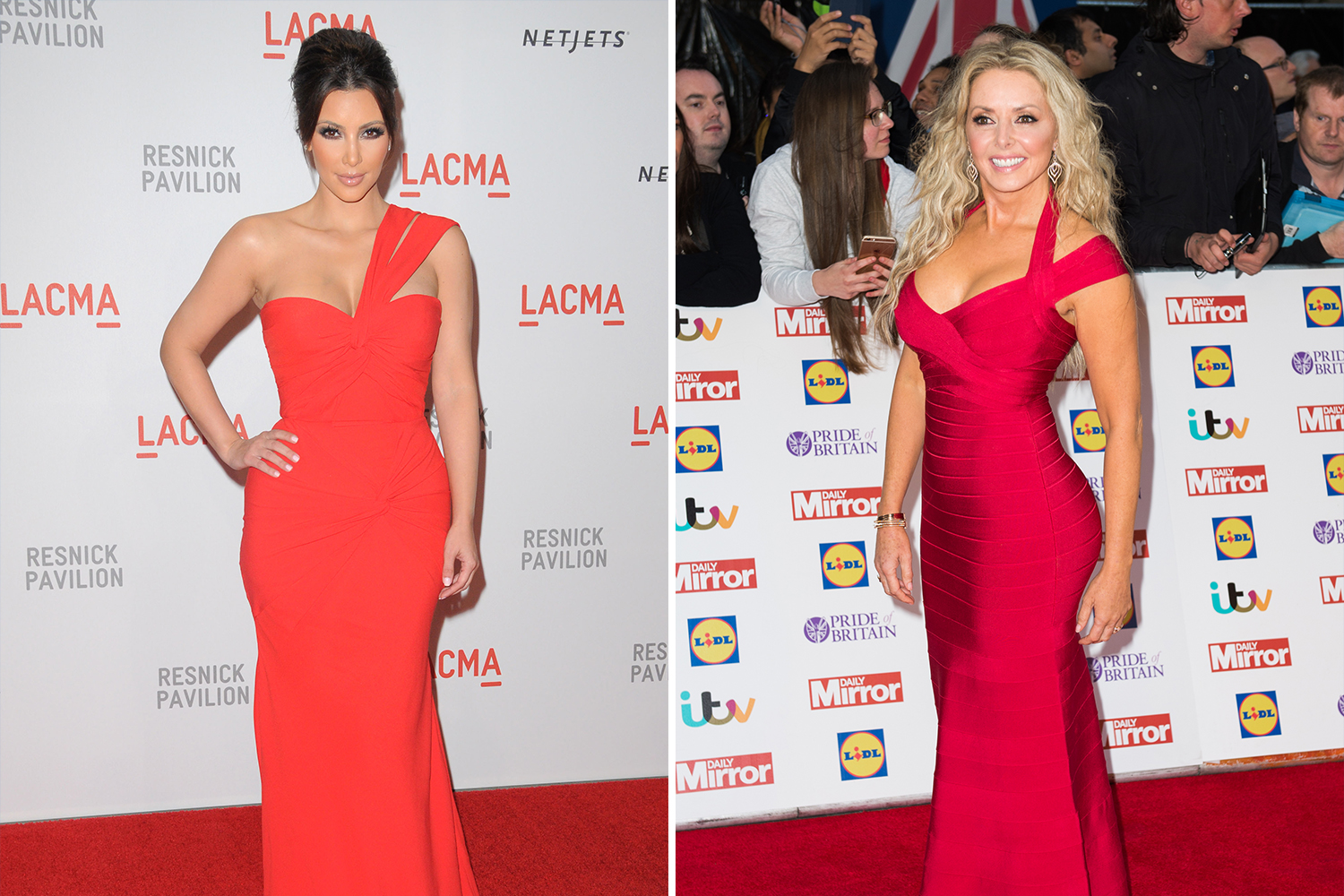 Back in 2007, when Kim first came on the scene, her figure was notably different, with a much smaller bottom and hips.

But from 2010, the famous butt began to take on a life of its own, seemingly growing larger every year.

Rumours of implants were dismissed by Kim, who offered to have an X-ray on Keeping Up With The Kardashians to prove it.

But fans claimed that fat transfer fillers – where fat is taken from waist or thighs and injected into the bottom – wouldn't show up on the scan.

Kim is also known to use a waist trainer and corset to cinch in her waist and make her hips look even bigger. She recently revealed she now has a 24in waist and 39in hips.

"Both Kim and Carol have what I describe as the extended Coke bottle figure," says Dr Ejikeme.

"In the early 2000s the petite breasts and slightly enlarged bottom was the preference but now their sort of figure is popular."

"These curves can be achieved with a good corset as we saw in Kim K's Met Gala dress.

"The waist to bottom ratio can also be extended with liposuction and fat transfer to the lateral thigh and bottom."

While Kim has denied a nose job but is thought to have face fillers, Carol says she has never had any nips and tucks.

But she admits she has had Botox once a year since she turned 50 in her forehead, to treat the "smile lines" around her eyes and in her neck.

She keeps her youthful skin with a good diet and a range of non-invasive treatments including plasma showers – which use laser to even out pigmentation – and derma-rollers, which stimulate collagen. 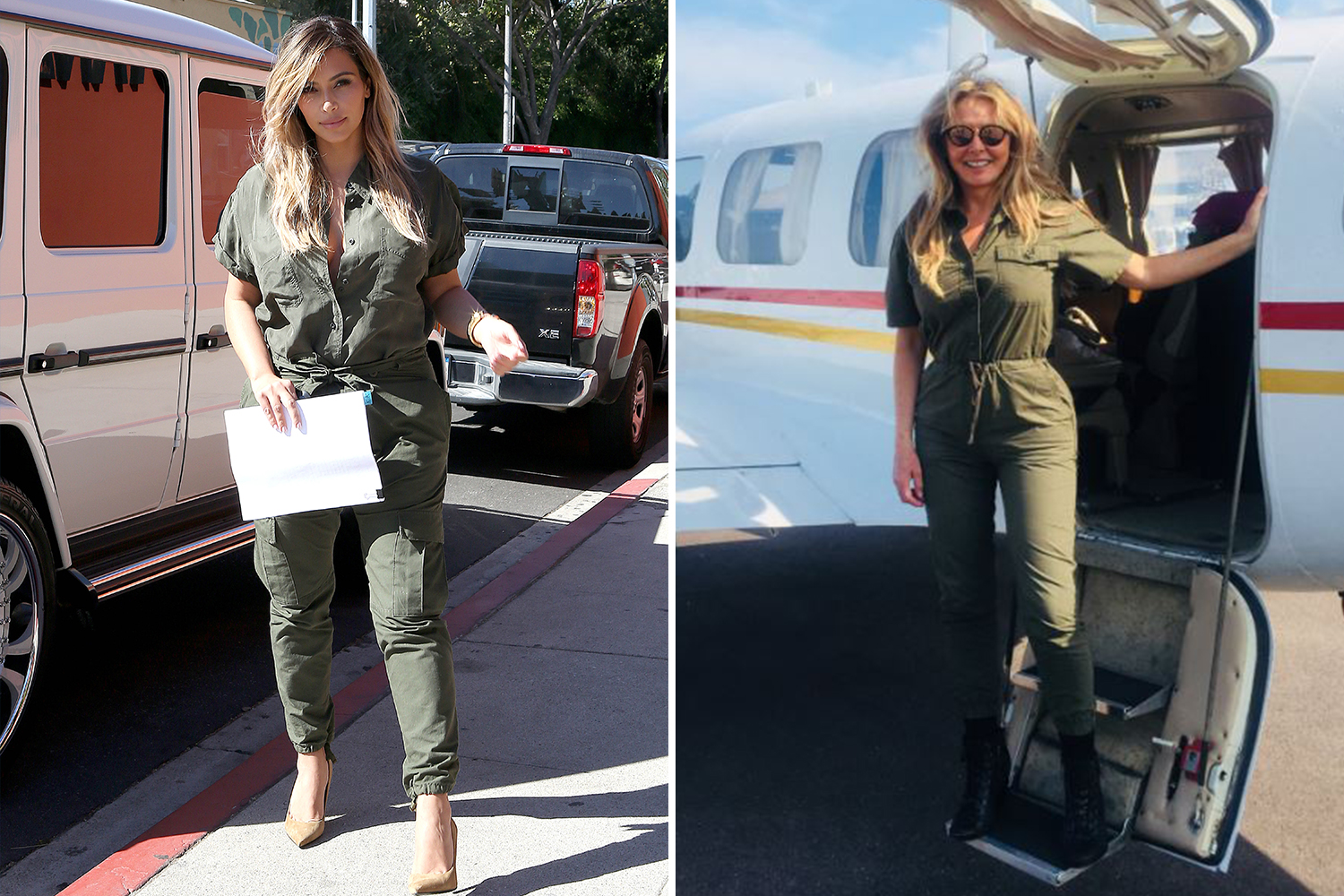 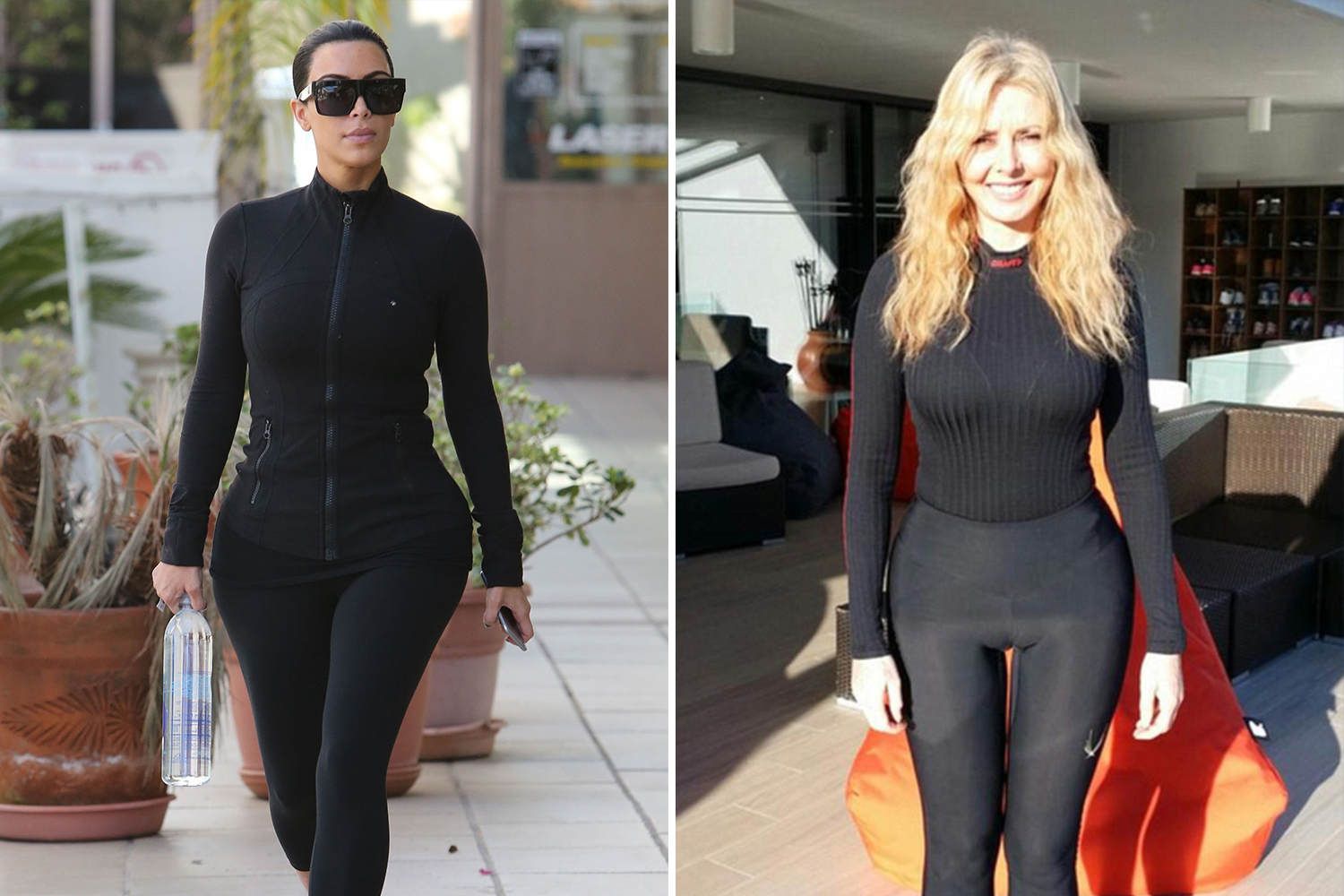 Both women admit to wearing extensions and Carol says they are commonplace among her TV buddies.

"We all have them to make our hair look thicker," she says. "It’s as routine as brushing your teeth."

Kim lopped off her locks in 2018 into a bob but soon went back to extensions because she missed her "sexy" long hair.

Both women have experimented with colour, with Kim going platinum in 2017 and brunette Carol switching to blonde the following year. 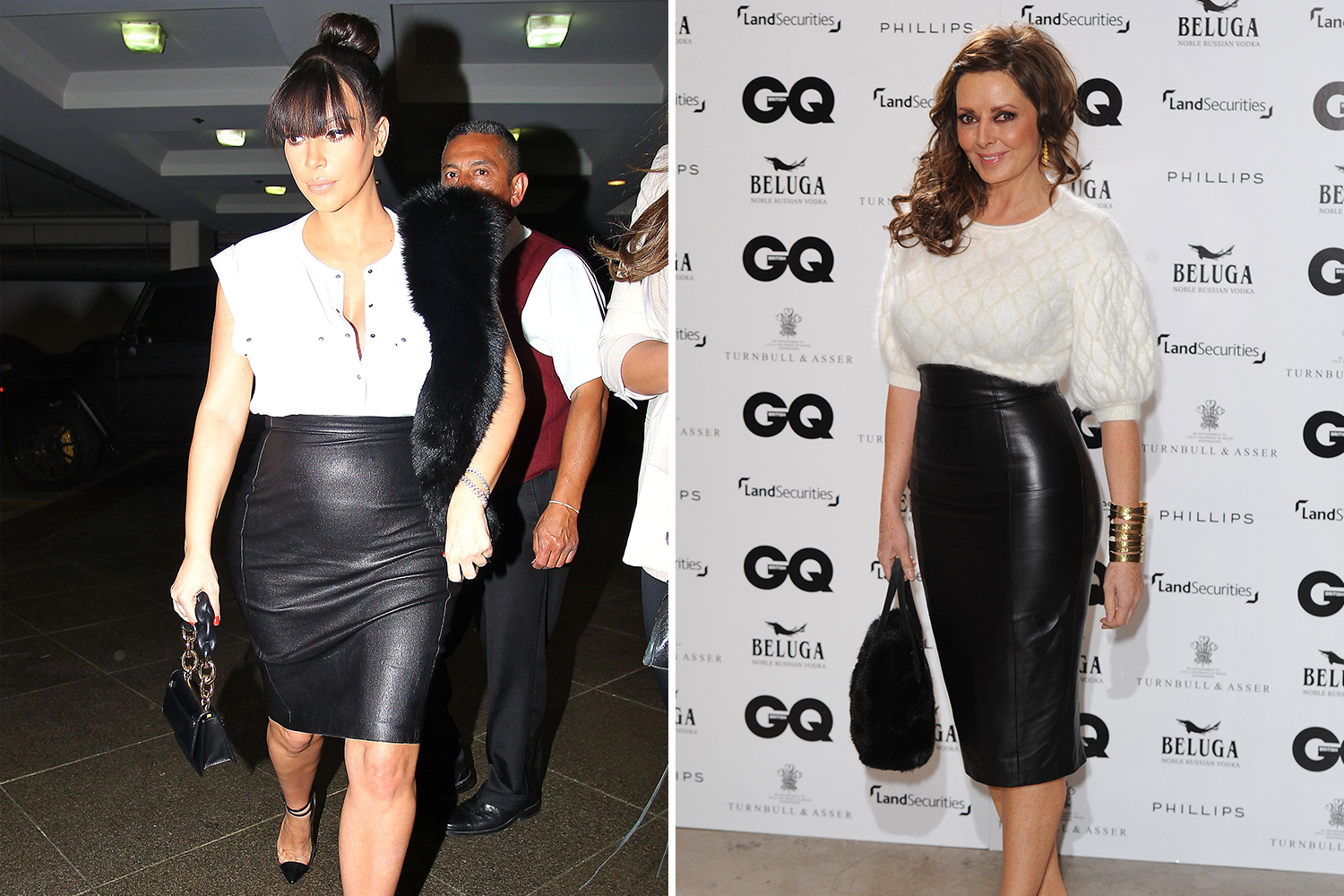 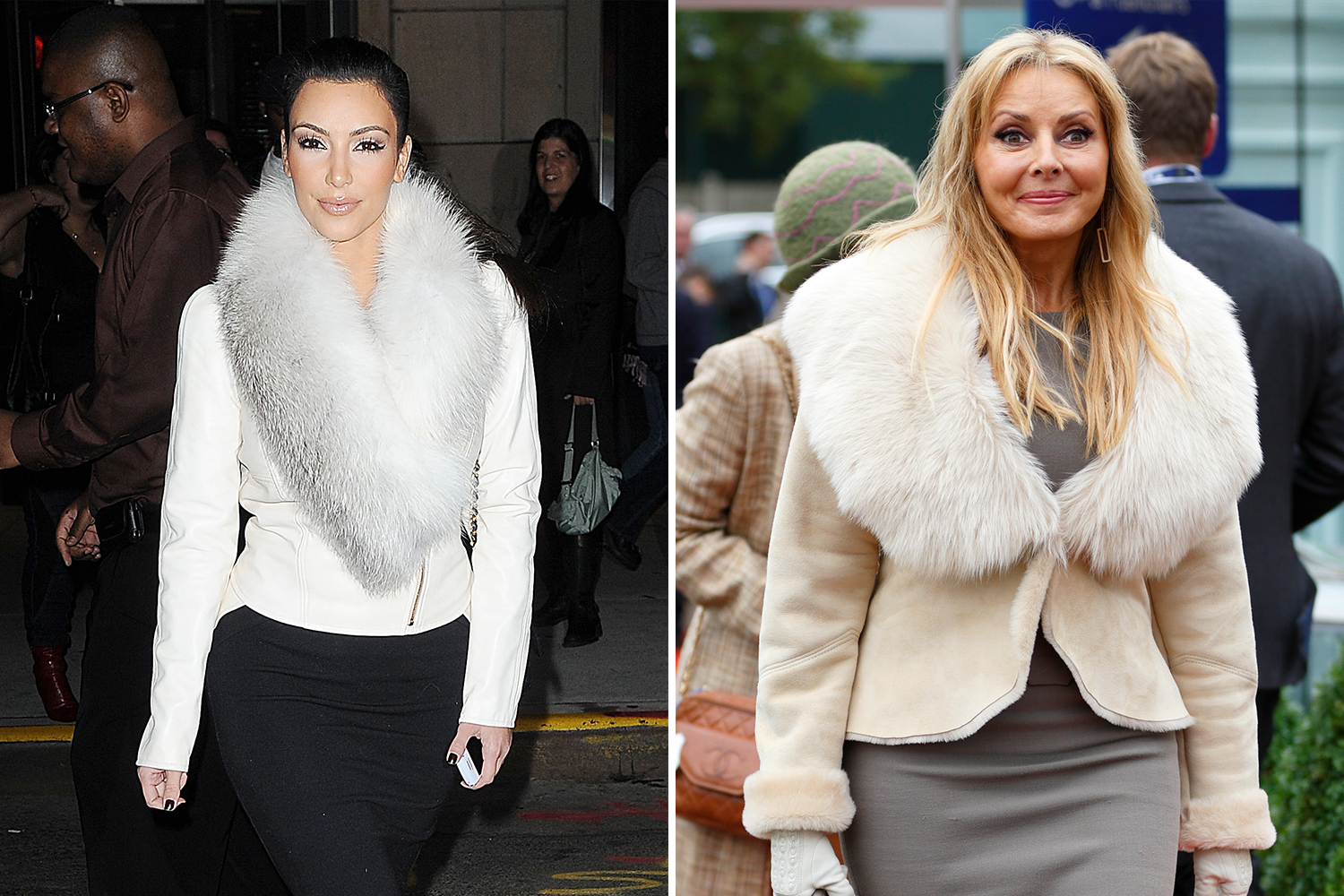 But the similarities between the two women aren't just physical.

Brainbox Carol is known for her mental arithmetic ability and studied at Cambridge before becoming Countdown's maths whizz.

She even collected a maths honour at her old university last week – with all eyes on her in a figure-hugging dress.

She also fronts a website called The Maths Factor to help kids who struggle with maths.

Kim also embarked on a four-year law degree in 2019 – and has proved herself an astute businesswoman over the years, turning over an estimated £80 million a year. 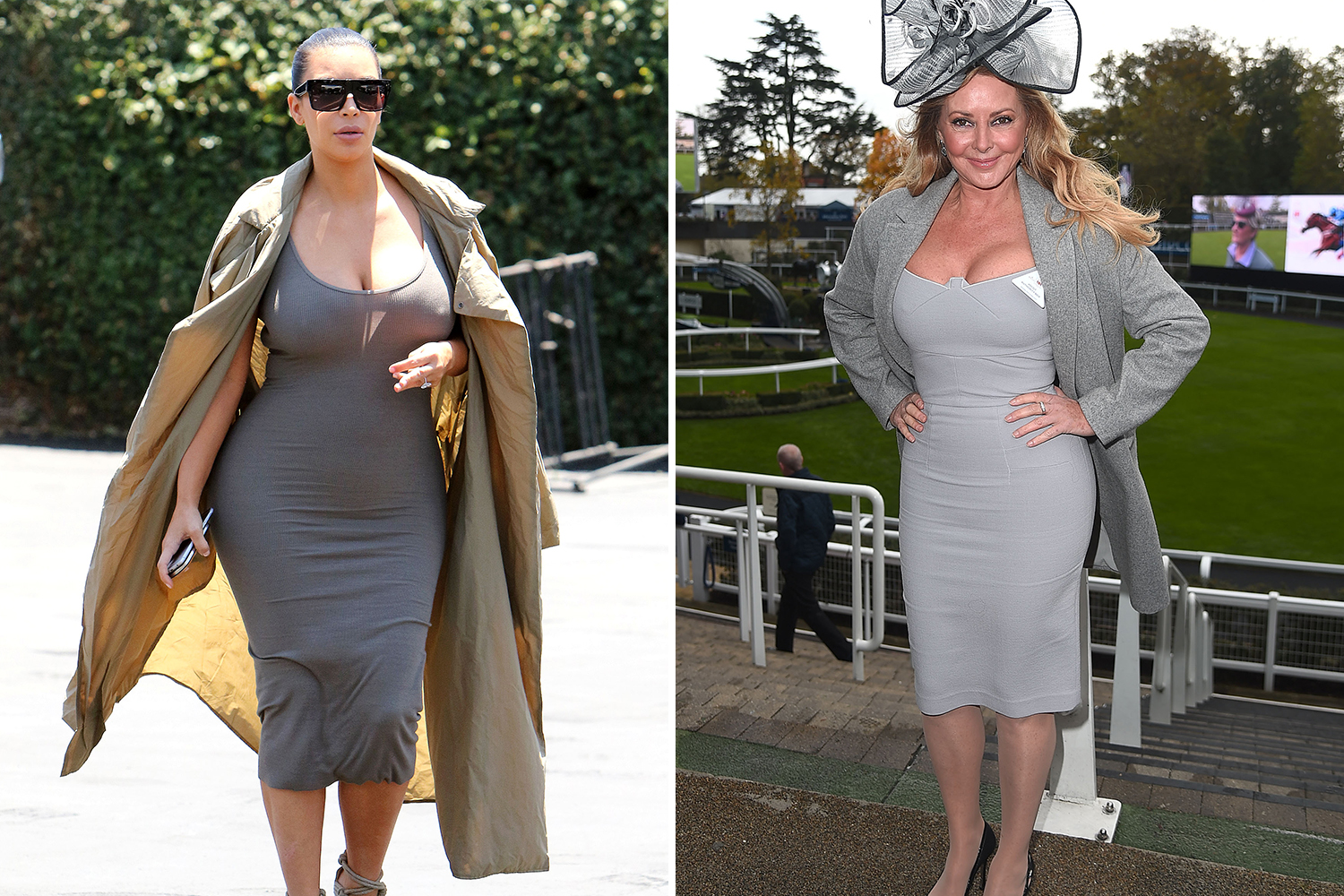 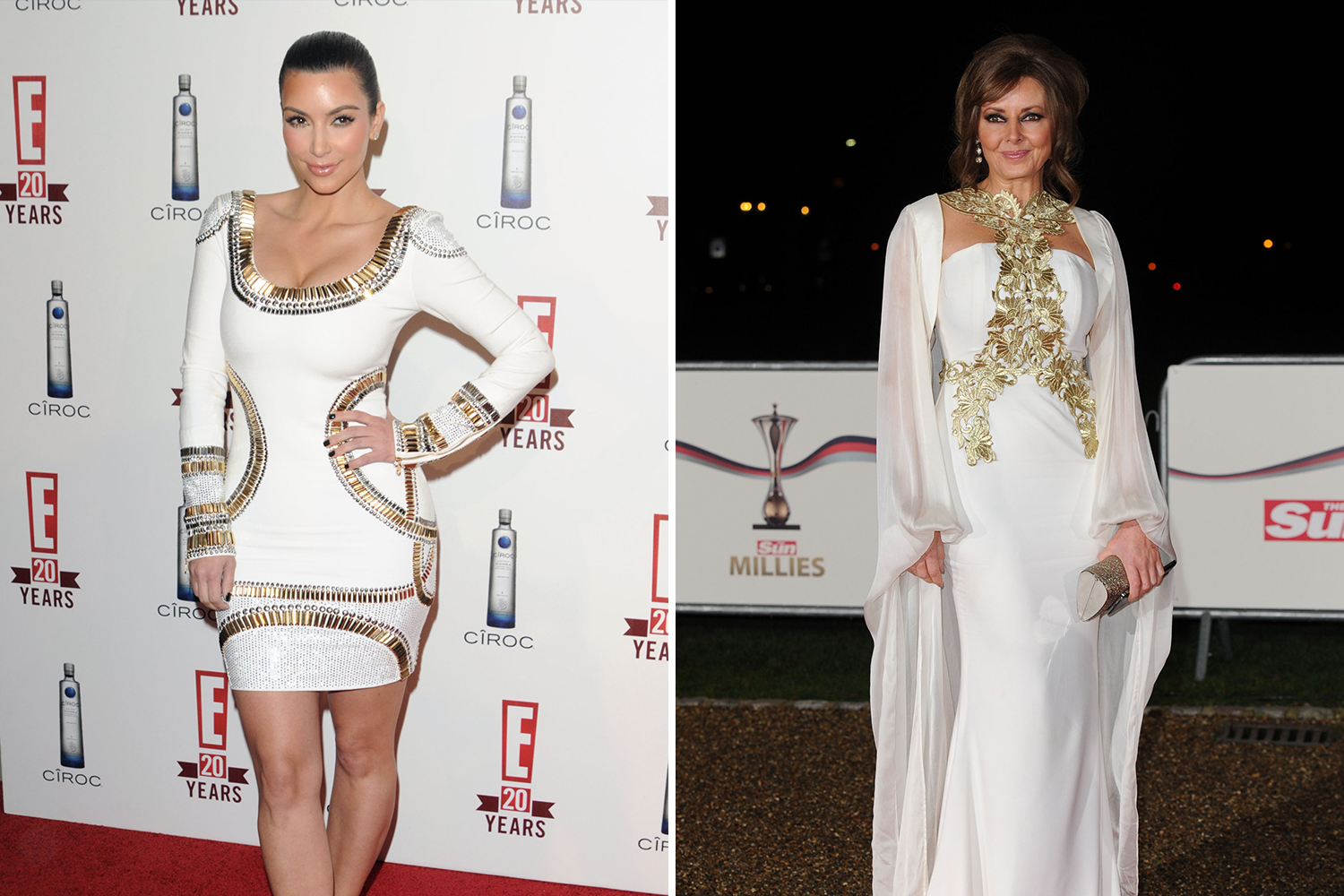 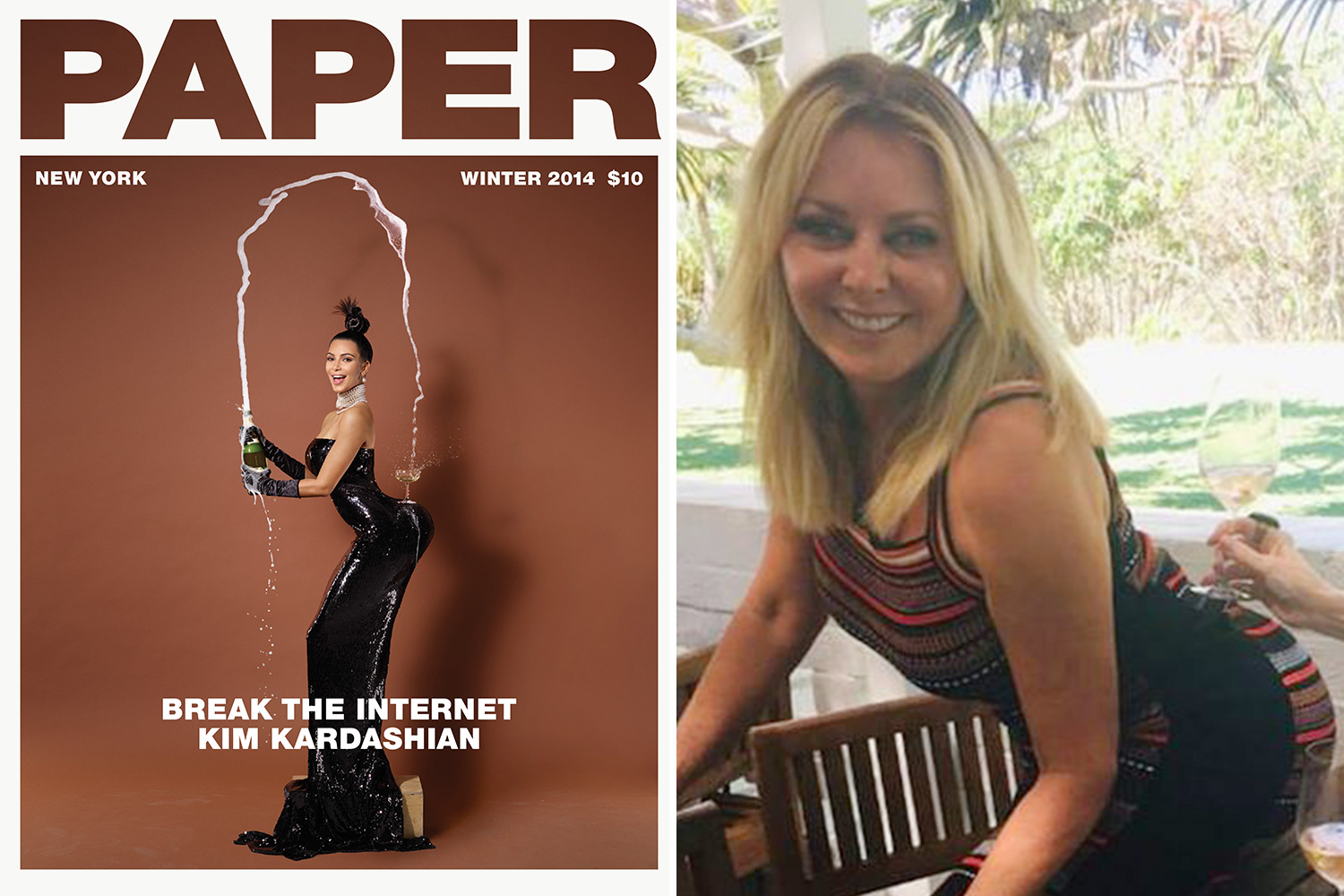