“The first female president of the United States is not going to keep her mouth shut,” Robin Wright‘s Claire Underwood says in the latest House of Cards trailer. That seems to set the stage for the final season of the Emmy-winning political drama perfectly.

In the latest trailer, Wright’s Claire attempts to forge her own path and cut ties that were put in place by those before her. Those before her also being her now-dead husband, Frank Underwood (Kevin Spacey).

“I’m not going to be told what to do anymore, Doug. Not be you, or any man, ever again,” Claire says in the video above to Michael Kelly‘s Doug Stamper.

Renewed or Canceled? Find Out the Fate of All Your Favorite Shows 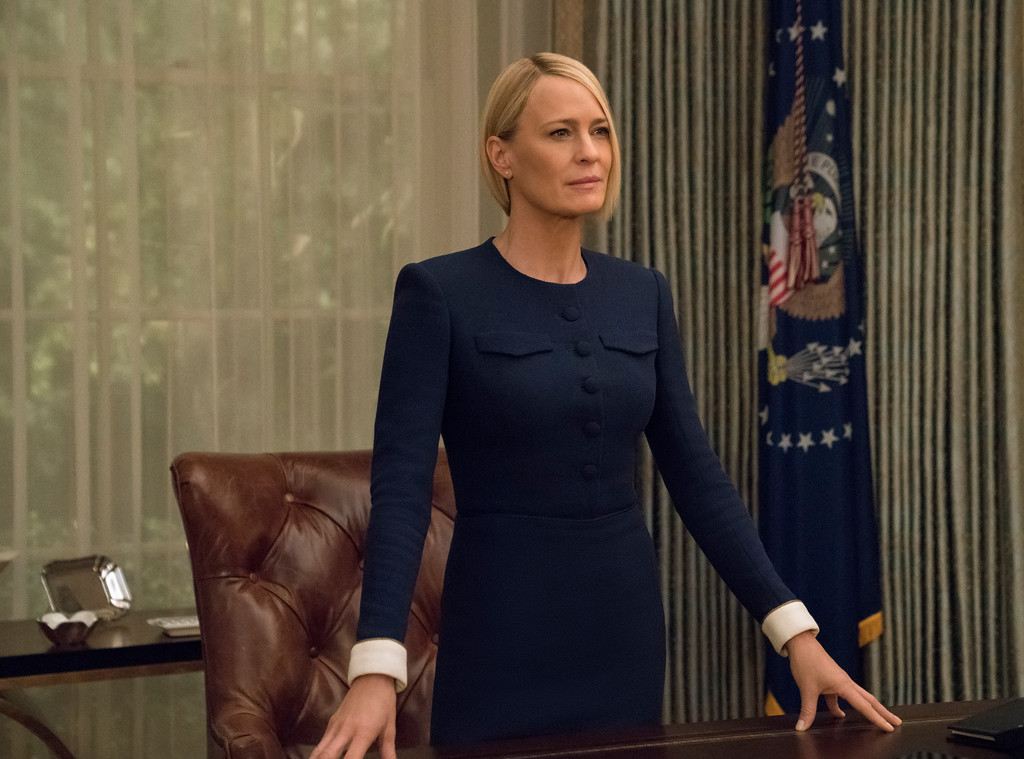 The trailer warns of even more violence and death, including the tagline, “Everything must end.” If you thought Frank Underwood’s death was the only one this year, seems like you’d be mistaken. House of Cards opted to kill off the character following allegations of Spacey’s sexual misconduct surfaced. Production was shut down and Netflix and MRC, the show’s producer, severed ties with the actor.

The end of season five featured Wright’s Claire Underwood becoming president and declaring it was her turn. Now, she speaks to the camera in the show’s trademark fourth-wall-breaking narrative device.

The trailer ends with this chilling exchange.

Get ready. The final season drops November 2 on the streaming service.