Netflix’s Virgin River is finally returning to screens later this month with the highly anticipated fourth season. Ahead of its release, Brie Sheridan star Zibby Allen shared the conditions she had to endure while filming the Lumberjack games.

She had also been trying to escape her own personal problems after her husband left her for her best friend.

Brie even wanted a break from the big city life because her role as district attorney was doubted after she lost a major trial.

However, as she settled into the small town things began to look up for Brie and she eventually found love again.

During episode six titled ‘Jack and Jill’, the residents of the small town took part in the Lumberjack Games at the fictional location of Shelter Mountain Ski Resort. 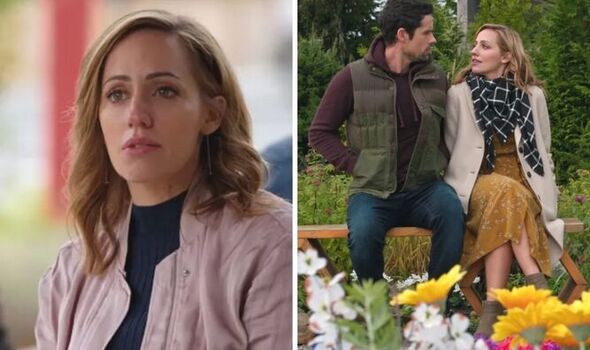 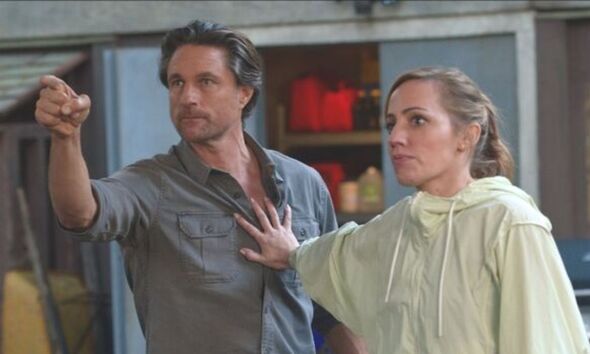 While fans watched with glee to see their favourite characters take part in the challenges, the episode also saw a number of them bickering about their personal problems.

Mel Monroe (Alexandra Breckenridge) and her boyfriend Jack Sheridan were having a dispute about their future together and baby planning.

Mel had dreamed of becoming a mother and was even in the process of undergoing IVF when her ex-husband was killed in a tragic car accident.

Jack, however, was expecting twins with his ex-girlfriend Charmain Roberts (Lauren Hammersley), which complicated things for him and wasn’t planning on having any more kids. 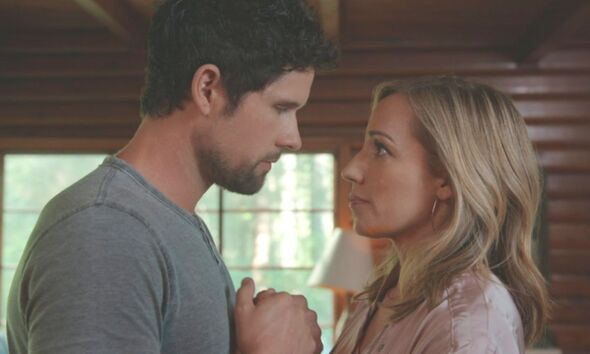 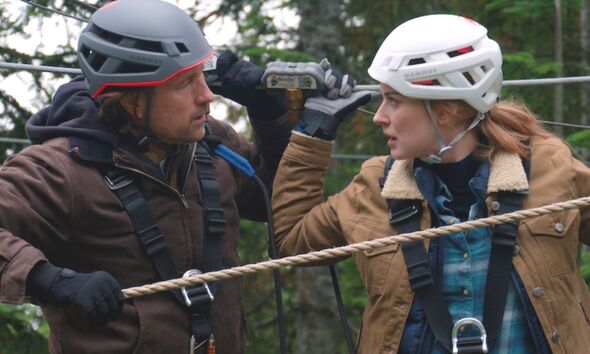 The couple had also shared their worries about Brie when they discovered she had accidentally mixed her medication with alcohol.

Although this led to a scare she soon recovered before opening up to Mel about her depression.

Brie’s Zibby Allen detailed the chilly filming conditions she had to endure while filming this episode.

During a conversation on the Chatting with B podcast, the actress answered a number of Q&A questions from fans which included one about the Lumberjack games.

Allen admitted: “It was freezing you guys, it was so cold.

“One of the best parts of Virgin River is being about to film out in nature, on those gorgeous landscapes but when the weather turns.”

She added: “trying to say line while your jaw is frozen is equal parts horrifying and hilarious.

“They give us these vests which you can’t see, under our costumes which are battery-powered heat packs to try and keep you warm.

“But yes the Lumberjack games, it was cold and it was wet and a lot of them you couldn’t end up seeing because of colour correction and lighting.”

“That was one of the coldest days on the shoot last season,” Allen concluded.

Thankfully for fans, the return of Virgin River will finally reveal if her boyfriend Dan Brady (Ben Hollingsworth) was truly behind Jack’s shooting.