Dorothy Dandridge was the first African-American to be nominated for a Best Actress Oscar, who Hollywood’s Camille (played Laura Harrer) is loosely based on. However, there was a trailblazing actress before Dandridge called Hattie McDaniel (Queen Latifah). Express.co.uk has everything you need to know.

Who was Hattie McDaniel?

Queen Latifah portrays the real McDaniel in Hollywood on Netflix.

As Hollywood is an alternative history series, McDaniel’s scenes are entirely fictional but the actress herself was real.

McDaniel was famously the first African American to ever win and be nominated for an Academy Award.

READ MORE Hollywood Netflix: Who is Archie Coleman? Was he a real person? 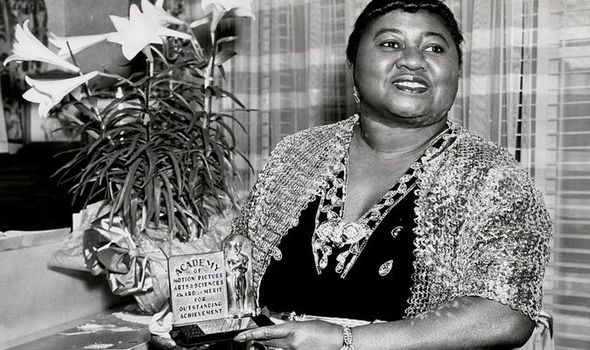 She won the prestigious Best Supporting Actress award in 1940, for her performance as Mammy, a housemaid and former enslaved woman in Gone with the Wind.

As told in Hollywood, McDaniel alongside the other African-American actors in the film were banned from attending the film’s premiere due to racial segregation.

They were also not allowed to attend the Oscar ceremony, despite the film being nominated overall for 13 awards, winning eight.

McDaniel was eventually allowed to attend the ceremony, but as seen in Hollywood, she was forced to sit at a faraway table away from her co-stars. 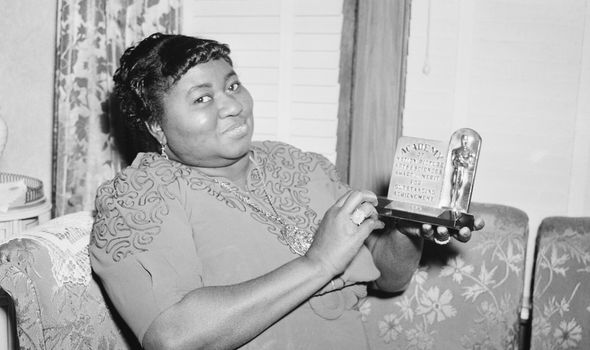 Reflecting on her Oscar win, McDaniel wrote: “My own people were especially happy.

“They felt that in honouring me, Hollywood had honoured the entire race.

“That was the way I wanted it. This was too big a moment for my personal back-slapping.

“I wanted this occasion to prove an inspiration to Negro youth for many years to come.”

McDaniel was the 13th child to a Henry McDaniel, a Civil War veteran and Susan Holbert, a domestic worker.

In 1901, the McDaniels moved from Kansas to Denver, Colorado, which is where McDaniel and her siblings grew up. 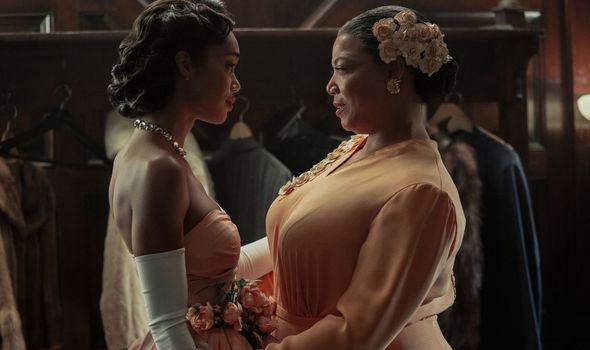 After moving to Los Angeles in the 20’s, McDaniel became a prominent figure in the entertainment world in the 1920s, becoming one of the first women to perform on radio.

In 1934, she landed her first on-screen role singing alongside Will Rogers in John Ford’s Judge Priest.

The following year, she played the role of Mon Beck starring opposite Shirley Temple and Lionel Barrymore in The Little Colonel.

In 1939, she played the role of Mammy, the maid of Scarlett O’Hara (Vivian Leigh) in Gone With the Wind, a role which made her career.

She returned to her roots in radio in 1947, starring in CBS radio’s The Beulah Show.

In 1951, McDaniel began filming her return to the screen in the television version of The Beulah Show.

Sadly, she suffered an unexpected heart attack and was diagnosed with breast cancer shortly afterwards and died on October 26, 1952, aged 59.

Throughout her career, she faced criticism from fellow African-American’s for playing stereotypical roles such as a maid or cook.

At the time, African-American actors were generally limited to playing house servant roles and were not in lead roles.

According to History.com, McDaniel’s response to the criticism by asserting she would rather play a maid than be one. She appeared in nearly 40 films in the role of a maid or cook in the 1930s.

Throughout her life, she was followed by rumours she was in a romantic relationship with actress Tallulah Bankhead (Paget Brewster).

However, both women neither confirmed nor denied their romance.

In Hollywood, creator Ryan Murphy portrays McDaniel and Bankhead as being together.

Speaking to Entertainment Weekly, Murphy said: “I grew up watching old movies all the time, and there were three people that I was always very upset about, and interested in, which was Anna May Wong and Hattie McDaniel and Rock Hudson.

“They were] this link to what I felt at the time was happening in my own life, which was ‘Oh, I’m never going to be allowed to be who I could really be or show what I could really do because of prejudice.'”

During her career, McDaniel appeared in over 300 films, receiving credits for only 83.

She was married four times and divorced from each marriage. She had no children and was survived by her brother Sam McDaniel.

After her death, she was posthumously awarded two stars on the Hollywood Walk of Fame and was inducted into the Black Filmmakers Hall of Fame in 1975.

Hollywood is streaming on Netflix now.