Note: This article contains spoilers from Wednesday’s E4 first look episode (October 24), which some readers may prefer to avoid.

Hollyoaks star Jessica Ellis has spoken out over the shock death of Tegan Lomax.

After being hit by a falling tree, Tegan was rushed to hospital and given some important news in private by the doctors.

Tegan soon told her family that everything was fine, but after spending some precious final moments with Ste, Leela, Peri, Rose, Dee Dee, Diane and Tony, her health took a drastic turn for the worse and the hospital staff were unable to resuscitate her.

Speaking to Digital Spy about the heartbreaking scenes, Jessica explained: “Obviously I was sad. It’s the end of an era and I loved working there, but I was excited to be part of the stunt and I thought it was a really exciting death. It was a really good way to tie up the long story of Dee Dee and Rose.

“I’m also excited about my career as an actor. That’s what we do – we do this to play different roles. I’ve played her for five years now and we’ve done some amazing stuff, but I’m excited for the next chapter.” 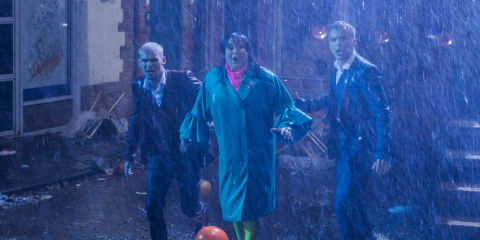 Asked whether she would have preferred the opportunity to return, Jessica explained: “No, I actually prefer the door not to be left open. I think if you’re going to go, then it’s final and it’s a final decision. There’s no going back, there’s only going forwards.

“For me personally, I like the fact that that door has been closed. That was a great chapter and one that I look back on fondly, but now I can just look forward.” 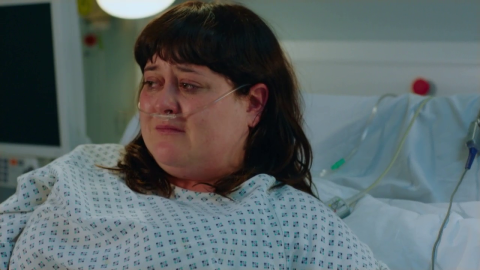 Make sure to hit play on Digital Spy‘s full video chat with Jessica, as she talks about the emotional nature of her final scenes and where the Lomax family might go from here.

Jessica is bowing out from Hollyoaks after a five-year stint as Tegan. Her first scenes aired on October 23, 2013.

Hollyoaks airs weeknights at 6.30pm on Channel 4, with first look screenings at 7pm on E4. 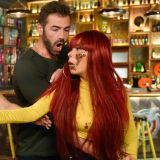 Digital Spy Soap Scoop video – hit play below for all the latest Hollyoaks spoilers, as Ollie faces another emotional ordeal and Goldie clashes with Mercedes.