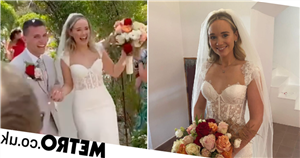 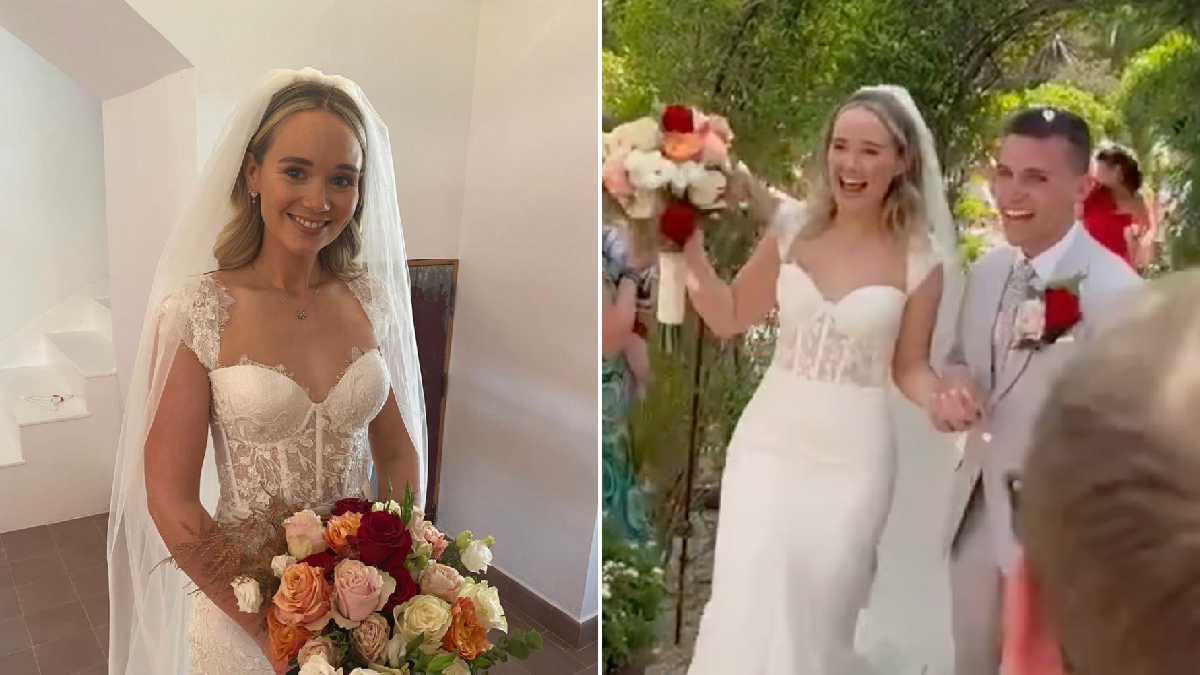 Daisy Wood-Davis has given fans a look at what her wedding dress looked like both before and after marrying Hollyoaks co-star Luke Jerdy.

The actress, who played Kim Butterfield in the Channel 4 soap, tied the knot with Jesse Donovan star Luke over the weekend, in a star-studded ceremony in Spain.

A number of famous faces were in attendance, including Coronation Street’s Kimberly Hart-Simpson, who plays Nicky Wheatley in the ITV serial drama.

Daisy, 31, posted a before-and-after comparison of her wedding dress on social media, revealing what the gown looked like at the beginning of the day versus at the end.

‘The dress of my dreams’, she wrote on Instagram, alongside the pics. ‘Swipe for before and after’.

In the first picture, Daisy is seen smiling at the camera, holding her boquet ahead of the ceremony.

The second snap sees her on the dance floor, with red wine spilled all down her dress!

Several of Daisy’s Hollyoaks co-stars were quick to comment, with Nadine Mulkerrin writing: ‘When I saw you dancing with the red wine in the videos I thought oh my gosh noooo!! X’

‘On Tuesday morning, our world was changed forever,’ Daisy wrote on Instagram at the time. ‘@lukejerdy & I are sooooo proud to announce that we have a beautiful baby boy. Asa, you have changed everything [heart emoji] (sic).’

She published images of her baby boy’s feet, an explanation of her son’s name and a shop window sign that reads, ‘It’s a boy’.

(Pic 2: The note my Dad wrote in the book he bought my Mum when she was pregnant with me, I was very close to being called Asa myself!’ she continued.

‘Pic 3: Grandad had this on the window of his shop within hours of Asa being born [heart emojis] (sic)’