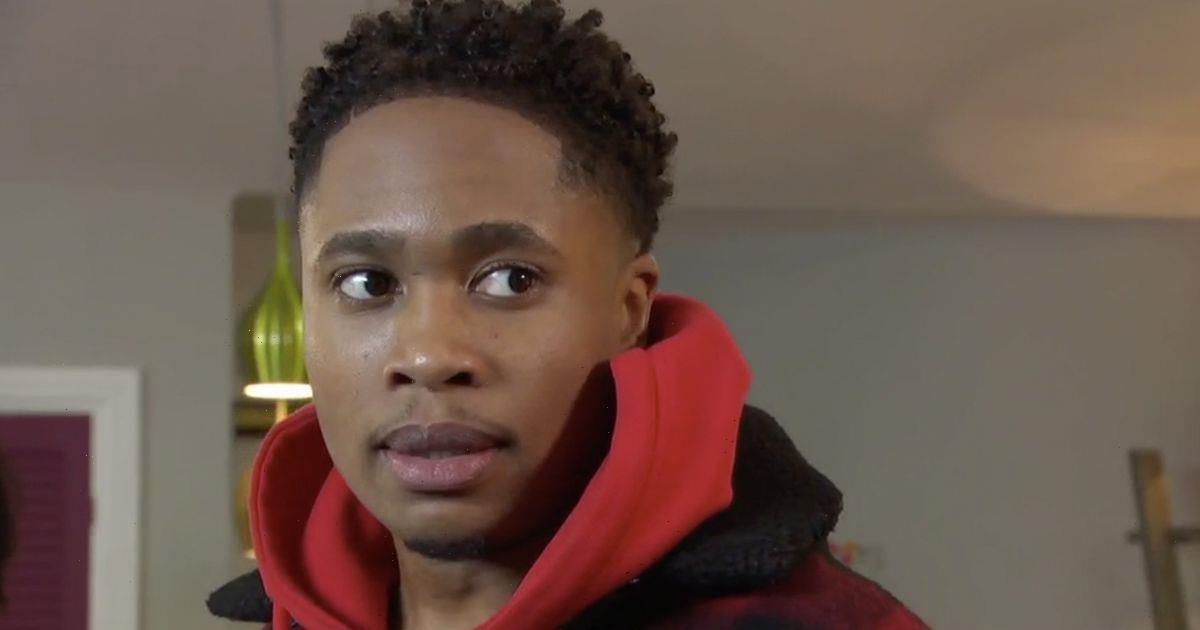 Hollyoaks viewers are convinced that Michell Deveraux-Drinkwell (Imran Adams) could be on his way back to the village.

The young lad was forced out of the village in November last year after he discovered that his brother Toby Faroe (Bobby Gordon) had murdered their cousin Lisa Loveday (Rachel Adadeji).

During Friday's first-look episode on E4, the businesswomen told her loved ones that Mitchell was not to find out about her diagnosis.

The mention of Mitchell left fans of the Channel 4 soap wondering if the young medic was due to make a comeback.

Taking to Twitter, one fan penned: "My heart breaks for Martine. She could do with Mitchell by her side."

Another added: "Mitchell was gone too soon. Imran Adams pls come back." [sic]

A third person posted: "So does that mean that Mitchell could come back, wherever he is?"

Mitchell recorded video messages for his nearest and dearest, before setting off.

However, as he headed out of the village, he came face-to-face with husband Scott (Ross Adams), who was desperate to know where he was going.

Mitchell was forced by his siblings Toby and Celeste (Andrea Ali) to tell Scott he doesn’t love him — something which destroyed both men in question.

Afterwards, he headed out of the village, and broke down in tears.

Will Mitchell return to Hollyoaks to help his mum as she battles breast cancer?

Martine found a lump on her breast last month, and subsequently took a trip to the hospital to get said lump checked out.

The soap has shown the process of Martine discovering her condition as part of a storyline exploring unconscious bias that people of colour face in everyday situations – including awaiting medical results.

The Deveraux family were left speechless during the latest instalment when Martine announced that she will not be accepting treatment.

"We're looking at six months of chemotherapy. Possible radiotherapy and, more than likely, a mastectomy," she nervously explained. "They'd like to start chemo straight away."

When Toby suggested the news was encouraging, Martine shot back: "I said that's what they want. It's not what I want! I could go through all of those options and the cancer could still come back… That's why I have decided I am not having treatment."

Hollyoaks airs weekdays on Channel 4 at 6.30pm followed by a first look episode on E4 at 7pm