Shows made for streaming services are much more likely to employ women in front of and behind the cameras than programs made for cable and network television, according to a new report. 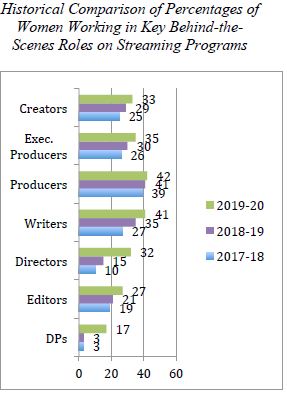 “The gains demonstrate that streamers are outpacing both the broadcast networks and cable channels in hiring key behind-the-scenes women and in telling stories from a female perspective,” said Dr. Martha Lauzen, founder and executive director of San Diego State’s Center for the Study of Women in Television and Film.

By contrast, the report found that the percentages of women working in key behind-the-scenes roles on programs from the broadcast networks and cable channels “remained stagnant or declined slightly.” 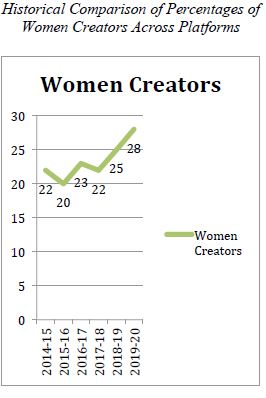 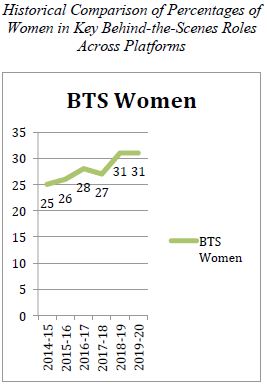 Across all platforms during the 2019-20 season, women accounted for 31% of those working in key behind-the scenes positions – creators, directors, writers, producers, executive producers, editors, and directors of photography, which was the same percentage as in 2018-19. They accounted for 35% of these key positions on streaming shows; 31% on cable programs, and 30% on broadcast shows.

Other findings across all platforms include: 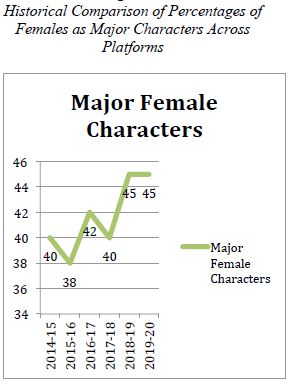 The report examined the portrayal of female characters and employment of women in key behind-the-scenes roles on drama, comedy, and reality programs appearing on the broadcast networks, basic and premium cable channels, and on streaming services from September 2019 through May 2020.