Betty Broderick (ya know, from Dirty John: The Betty Broderick Story) is currently sitting in a jail cell for killing her ex-husband, Dan. And considering that their drama was partially about parental custody, you might be wondering what happened to Betty and Dan’s kids. The Broderick children have remained pretty private over the years (understandable), but they have done some interviews and press. Here’s what we know thanks to the power of sleuthing—and FYI, the real names of Betty’s kids are Kim, Lee, Daniel, and Rhett.

Not only did Betty’s eldest daughter, Kim, take the stand during her mom’s murder trial (watch the video below—it’s intense), but she also opened up about her experience in a book called Betty Broderick, My Mom, which doesn’t appear to be widely available. Apparently, Kim has repeatedly denied Betty’s requests to support her parole, but she has visited her mom in jail. Unclear what she’s up to these days, but you can check out her testimony in this throwback video from Betty’s trial:

Kim is by far the most visible of the Broderick children, and she gave ABC several family photos of her siblings visiting their mom in prison back in 2014:

There’s also a photo of what the fam looks like these days, in case you’re curious.

Betty’s younger daughter, Lee, tried to help her get out on parole as recently as 2017. According to the Chicago Tribune, Lee said Betty “should be able to live her later life outside prison walls” and even offered to let her mom move into her house. Meanwhile, Daniel (who, by the way, is ENTIRELY off the grid) said his mom was “hung up on justifying what she did” and should remain in jail.

FWIW, Betty was denied parole and won’t be eligible until 2032. 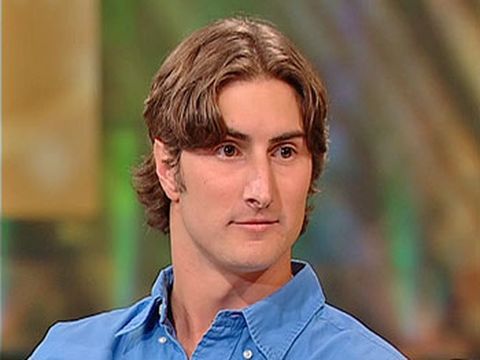 Betty’s youngest son, Rhett, showed up on Oprah to chat about his mom and said he “wasn’t really surprised” by what she did. He opened up about his life after his dad’s murder, saying he was “shuffled between relatives” and eventually went to boot camp. “I constantly felt like I was under the microscope,” Rhett told Oprah. “Like everything I did they were trying to blame on my parents’ situation.”

Nowadays, Rhett appears to be happily married with kids, so, uh, at least that’s some good news for the Broderick fam!