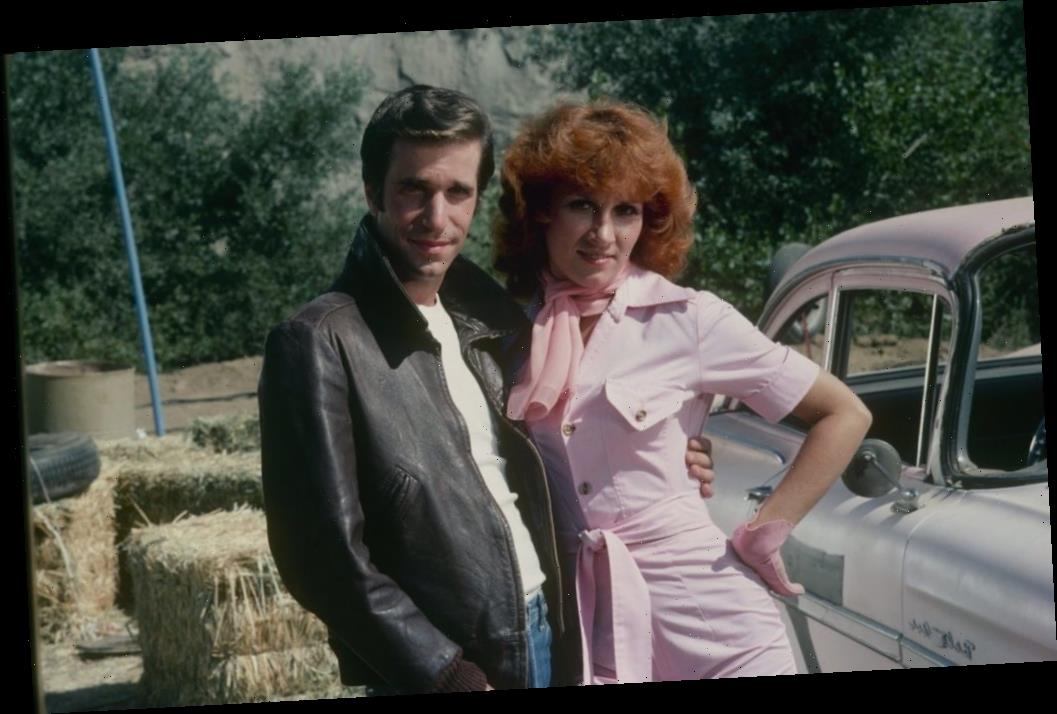 For nostalgia junkies, there’s nothing quite as good as Happy Days. The 1970s classic sitcom about the 1950s that provided a foundational career booster for several of its stars is today a layer cake of nostalgic fun.

Even those who have never seen an episode of the feel-good family comedy starring Henry Winkler, Marion Ross, Tom Bosley, and Ron Howard have undoubtedly felt its cultural influence. From The Fonz’s iconic greaser look to the ubiquitous entertainment phrase of “jumping the shark” many of the longest-lasting memories from Happy Days are centered on Henry Winkler’s portrayal of Arthur “Fonzie” Fonzarelli.

Fans looking back on the sitcom today may wonder why his beloved pairing with “female Fonzie” character Pinky didn’t last. It turns out that the actor portraying the rough-and-tumble daredevil cyclist wasn’t as appealing to the rest of the cast as her character was.

Premiering in 1974, Happy Days was originally supposed to be a sitcom set in the 1920s. That was the image that Paramount executives had in mind at least, but writer Garry Marshall told them he didn’t know enough about the bygone era to pull it off. He did, however, have plenty of memories from his own childhood in the 1950s to use as creative inspiration.

The show focuses on the Cunninghams, a typical 1950s suburban family. Nominally, at least, Richie Cunningham (portrayed by Ron Howard) was the protagonist of the series. He and his friend Potsie (played by Anson Williams) are navigating the ups and downs of high school, and the characters orbiting around them — including Richie’s parents who were played by Tom Bosley and Marion Ross — make for a rich tapestry of interactions and laughs.

The series’ long run meant that fans got to watch Richie grow up — and eventually leave home. While Ron Howard departed his famous role in Season 7, the series continued until 1984 before finally wrapping up.

The Fonz stole the show and ‘Happy Days’ fans’ hearts

Richie may have been the central figure of the plot as written, but it was Fonzie — and Winkler’s big-hearted portrayal of him — that really stole the show. A few seasons into the series, Fonziemania took hold. Winkler’s face was on lunchboxes and t-shirts. His signature catchphrase was “Ayyyyy!” and fans everywhere were saying it.

Fonzie’s popularity was even a threat to the show as a whole. Howard, in particular, was being worn thin by playing second fiddle in a show where he was supposed to be the star. Be that as it may, Fonzie’s charisma and appeal was absolutely undeniable. Ultimately, Howard and Winkler had a brother-like relationship despite tensions over Winkler’s obvious rise to top billing for the series.

Fans, meanwhile, tuned in to see what would happen to Fonzie, and the creators wanted to help the slick-talking greaser find true love. That’s where Pinky was supposed to fit in.

Fans thought Pinky was a great match for Fonzie

In Season 4, Fonzie was supposed to find true love. The relationship received lots of press coverage leading up to the premiere, and fans were ready to watch their favorite character find the love of his life.

As Mental Floss reports, it seemed like a perfect match. Pinky Tuscadero was a smooth-talking daredevil cyclist who seemed to match The Fonz wit for wit.

The press coverage about the fictional couple was sensational, but the actual plot fizzled out way faster than anyone expected. After just a three-episode arc, Pinky and Fonzie were splitsville.

While Pinky may have been a perfect match for Fonzie, it turned out that Roz Kelly — who played the character — was not. Kelly struggled to find her footing with the rest of the cast, and she made it clear that she and Winkler didn’t see eye to eye.

“I grew up on welfare, so I don’t relate to rich kids,” Kelly said. Whatever the case, the match didn’t last on or off the set, and Pinky was quietly written out of the story.