This (reboot? reset? relaunch?) bang up to date version, on paper at least, looks extremely promising. Written by comedy god Danny McBride, produced by current horror hero Blumhouse (Get Out etc), Jamie Lee-Curtis back as Laurie Scott – even the original score has been revamped by John Carpenter himself.

So… Laurie Stroud is now a grandmother and lives ostracised from her family primarily because of her crippling PTSD after narrowly escaping the clutches of Michael Myers 40 years previous.

Myers is now locked up back in Smiths Grove – the “rehabilitation facility” (note: this is not exactly a shining beacon for people suffering any form of mental illness – I’m pretty sure it’s next door to the one in Silence of the Lambs) he escaped from before and hasn’t uttered a single word since his re-capture.

As a nod to our current obsession with getting into the brains of these people, a pair of irritating English podcast presenters (ahem, my talk film podcast is available in all the usual places) attempt to communicate with Myers, the day before he is due to be transferred (on Halloween night, just miles from his nemesis). Amazingly there is an event which leads to his escape – and it doesn’t look too good for the podcasters. 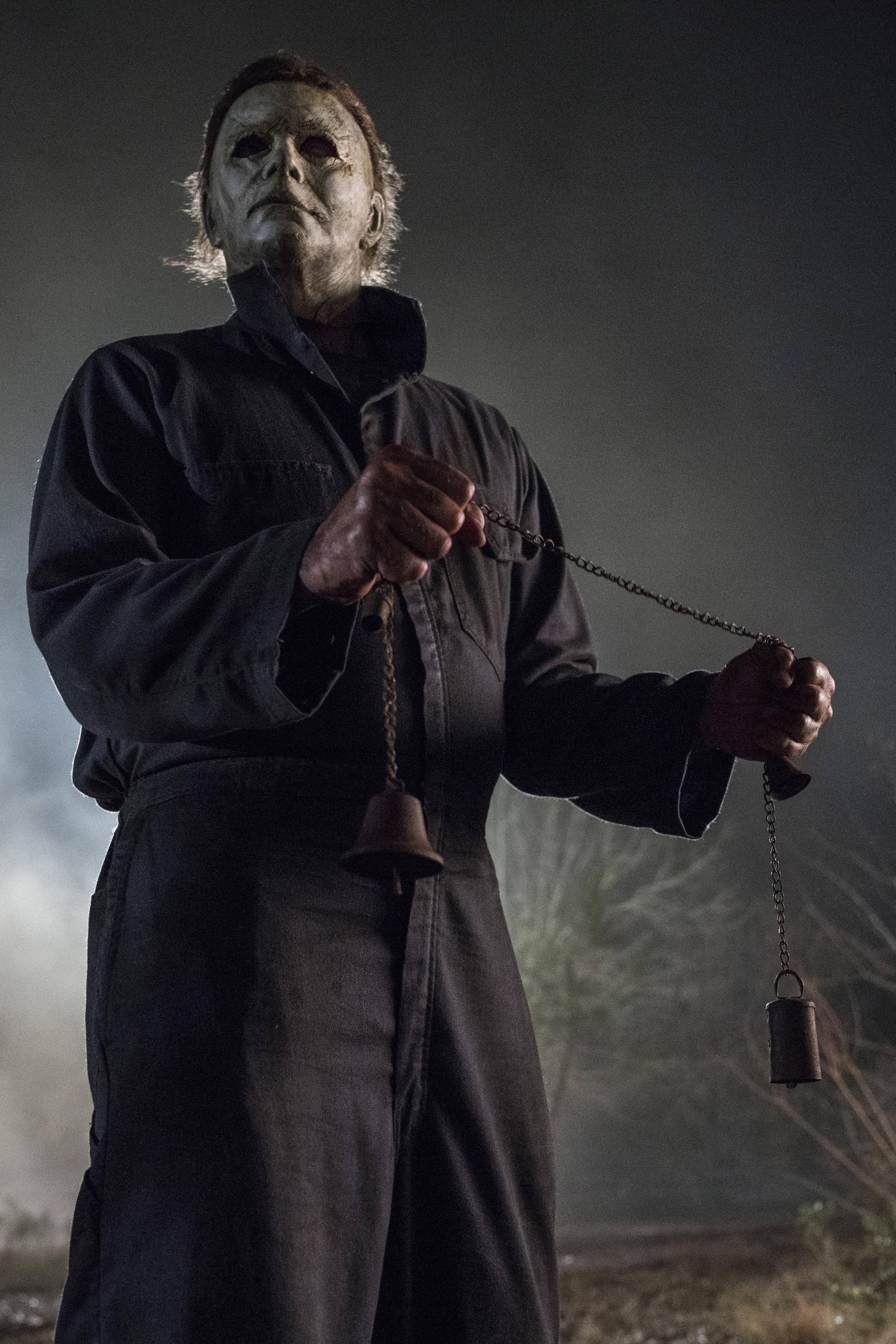 As Halloween descends, we have the obligatory trick-or-treaters, babysitters, high school party, the full shooting match – and Laurie is doing her damnedest to ensure her family are safely in the confines of her house/bunker.

What follows is basically a generic horror/slasher plot, supercharged to above average by a nifty performance from a wonderfully grizzled and grey Jamie Lee-Curtis.

She really does add some much needed gravitas; her “Sarah Connor in T2, but scared” schtick is well done and surprisingly realistic (if you’d been through what she has, you’d probably learn how to be a crossbow ace too).

There are some decent nods back to the original too, but I fear those not au fait, will just see them as unnecessary plot cul-de-sacs. I’m also less convinced by Hollywood’s constant “need” to understand or get under the skin of killers. Does this actually happen in real life, apart from those crazy woman who want to marry Charles Bronson?

Not only does Halloween have to shoulder the burden of it’s legacy, it also has to stack up against both modern horror movies (and all the improving and detrimental developments that entails) but also modern life.

That isn’t to say there aren’t some great and disgusting moments (SFX and prosthetics have come a long way) including a human jack-o-lantern that shocks, and a few exchanges (a babysitter and her charge) are genuinely hilarious, but there’s just not quite enough of them. It’s testament to it’s legacy however, that this is still the most fun I’ve had at a horror film for quite some time.