An all-new season of Halloween Baking Championship is here, and fans are ready to check out crazy dessert creations all season long. The show, which has become a staple in Food Network programming, first launched in 2015 and has been one of their top shows ever since. In the wake of the coronavirus (COVID-19 pandemic), many of the Food Network’s shows have been forced to adopt some strict safety measures, and recently, fans on Reddit discussed the changes to the show, expressing their appreciation for the updated protocols. 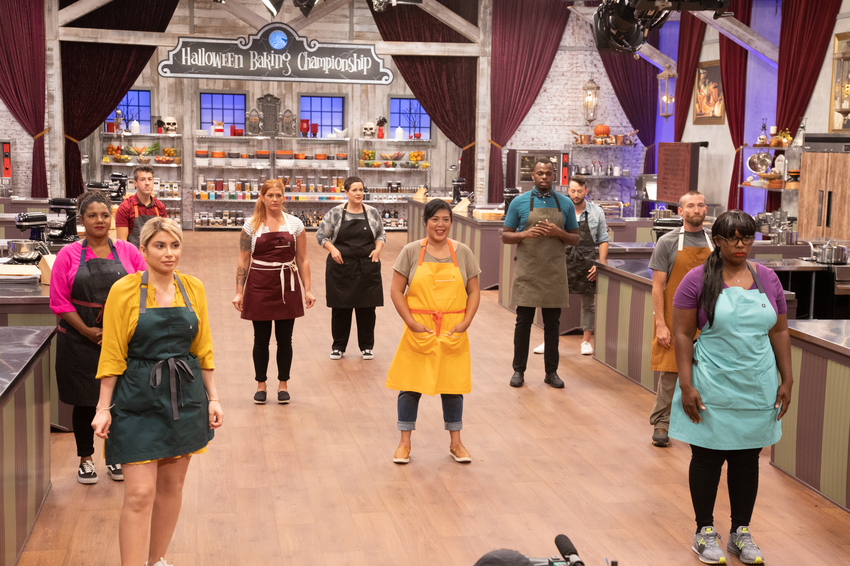 Originally conceived as a spinoff to Holiday Baking Championship, Halloween Baking Championship first premiered on Food Network in October 2015. The show, which is the perfect expression of creativity for the eager bakers who have signed up to appear on the show, features a roster of celebrity chef judges. Each episode of the show consists of two rounds, challenging the bakers to follow a unique theme when crafting their creations.

When Halloween Baking Championship first debuted, Richard Blais was the host, featuring judges like fan-favorite Carla Hall. Over the years, the show has undergone a number of shakeups in terms of the judging panel, and the hosts have been switched up as well. Most recently, John Hanson acted as the host, but for the brand-new season of Holiday Baking Championship, former fan-favorite judge Carla Hall is assuming the hosting duties.

Many cooking shows have had to alter their filming schedule completely

The coronavirus pandemic has completely altered the course of the entertainment industry. Many major motion pictures have been delayed or canceled completely, while most television shows have altered their filming schedule. Some shows have been able to resume filming, with significant safety measures in place, while others have started to film from home. Ree Drummond, the Pioneer Woman, has been filming her cooking show from her family’s Oklahoma ranch, while The Kitchen star Katie Lee has been filming from home with the help of her husband. The Food Network today might not look much like the Food Network of last year, but at least many of the network’s favorite personalities have been making the best of the difficulties imposed by creating TV shows during a pandemic.

With all of the changes and restrictions, it would be easy for showrunners to throw in the towel and decide to delay things entirely. Still, producers for Halloween Baking Championship have been able to rise to the challenge and create a whole new environment for the show to be filmed.

Recently, viewers took to Reddit to discuss the all-new sixth season of the show Halloween Baking Championship. “It’s pretty slick that you don’t really notice the physical distancing unless you look for it,” one fan posted, while another praised the perseverance of the showrunners and the judges, saying “They’re def social distancing! I’m so glad they were able to figure out a way to make this show happen during COVID!”

Another fan said that “I was worried that COVID was going to stop these seasonal baking challenges!” No one is quite sure how the pandemic will play out over the next few months, but it seems that Food Network is determined to make their most popular shows happen, regardless of the challenges imposed during filming. Fans are definitely appreciating catching up with their favorites and carving out some normalcy in this all-new normal.