In 1955, a new western TV show hit the airwaves. Gunsmoke was destined to stay on the air for a record-breaking 20 seasons, picking up five Emmy Awards during its remarkable run. But what fans may not have realized is that Marshal Matt Dillon wasn’t just a hero on the small-screen. James Arness, who played the lawman, was a genuine decorated wartime hero. 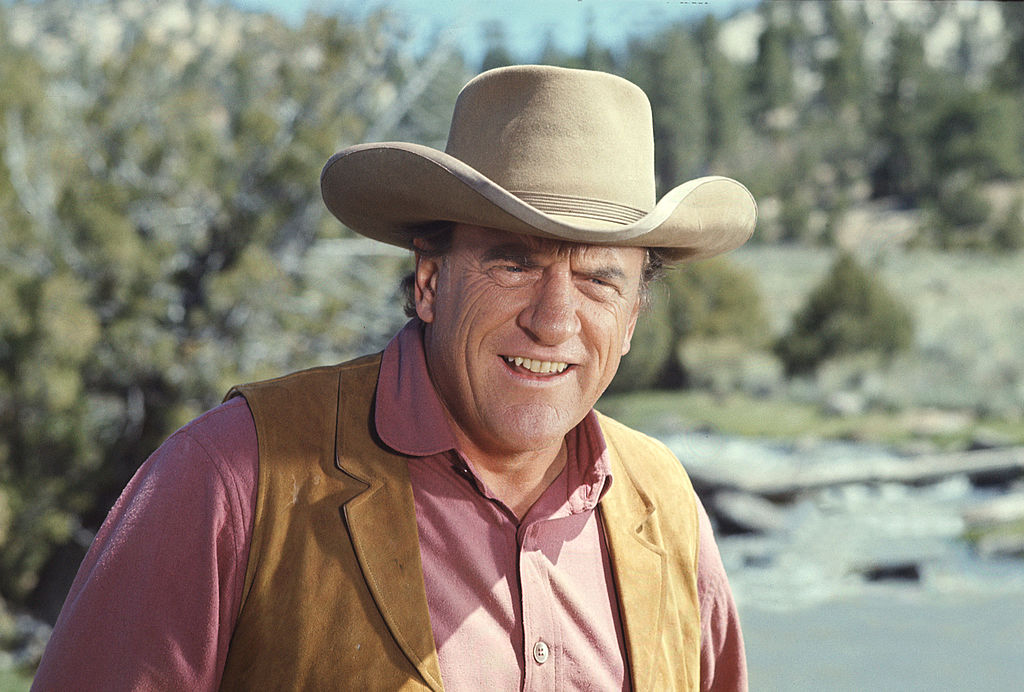 ‘Gunsmoke’ was a huge hit

Gunsmoke was based on a radio drama of the same name that debuted in 1952. When the TV version of the story aired, it quickly became a fan favorite. According to MeTV, the show featured guest stars from many of the popular shows of the day. Each of the actors that played the four senior officers from Star Trek made appearances, as well as three of the kids from The Brady Bunch. Other stars that showed up in the streets of Dodge City include Jodie Foster, Harrison Ford, and Burt Reynolds.

Set in the era of the expansion of the American frontier, Gunsmoke was about Marshal Dillon’s struggle to maintain law and order in the unpredictable world of the Wild West. The show featured a colorful cast of characters, including Kitty Russell (played by Amanda Blake). She ran the Long Branch Saloon, and she had a relationship that was never fully defined with Marshal Dillon.

There was also Doc Adams, a caring old country doctor who provided Marshal Dillon with support and straight-shooting advice. But although the different characters rounded out the story, the show’s many adventures hinged on one person: Marshal Matt Dillon.

When the show’s producers were casting the role of Dillon, they really wanted John Wayne to take the part. But Wayne was already a big name in the movies, and he wasn’t interested in TV acting. Instead, he recommended Arness, who he’d worked with on a few films. When casting a western, you can’t get a better reference than The Duke, and Arness got the job.

He was clearly the right man for the role, and it made him famous. He was not only beloved as Dillon, but he was also a very hard worker. Out of the 635 episodes that were filmed, Arness was the only actor who appeared in every one.

That kind of work ethic is impressive for anyone, but for Arness, it required an extra level of commitment. He suffered from an injury that made it hard to mount a horse and caused him so much pain that it sometimes impacted his filming schedule. If the storyline required a lot of walking, he would schedule filming in the morning, before the pain slowed him down too much.

He was a wartime hero

New York Times reports that Arness was drafted into the army during World War II. He served in the infantry, and a year into his service, he took part in the 1944 invasion of Anzio, Italy. During the fighting, he was hit by machine-gun fire that shattered his right leg.

He spent almost a year in the hospital, undergoing multiple operations and recovering from his wounds. The Army awarded him the Purple Heart and the Bronze Star for his actions in combat. When he was discharged, he had chronic pain and a slight limp. He returned to his home in Minnesota for a few years before moving to California to pursue acting.

Arness is remembered by his fans as the brave Marshal Matt Dillon. But before he carried a gun in the streets of Dodge City, he fought in a much more important battle. He emerged from World War II with wounds and medals earned in war.