There’s a new character on Grey’s Anatomy this week, and fans want to know why she looks so familiar. Let’s take a look at who plays Dr. Riley from UCSF and what she is doing at Grey-Sloan Hospital. Is she Deaf in real life? Will this guest star be in more upcoming episodes of Grey’s Anatomy? Get all of your burning questions answered below. 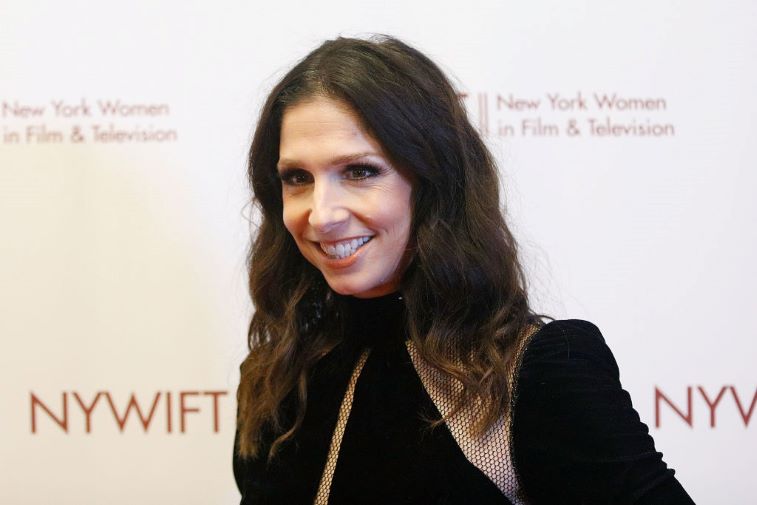 Who is the new character, Dr. Riley, from UCSF, and what is she doing on ‘Grey’s Anatomy?’

In season 16, episode 11, “A Hard Pill to Swallow”, Bailey (Chandra Wilson), and DeLuca (Giacomo Giannotti) faced a difficult case. They cannot figure out what is wrong with a mother of two, Suzanne (Suits’ Sarah Rafferty), after a routine appendectomy.

Suzanne has two young girls who lost their father one year ago after he went to the hospital for a migraine. The two petrified sisters fear that they might lose their mother, too. She spikes fevers every night and then codes while undergoing an MRI.

“Create a war room,” Bailey tells DeLuca. “We are not letting this mother die.”

Suzanne promises her girls that she will not die like daddy. The situation with the sick mother is not visited in episode 12, but continues in this week’s installment of Grey’s Anatomy.

DeLuca enlists the help of Dr. Riley from UCSF to attempt to figure out what is wrong with his now “incurable” patient. The new doctor is a diagnostics genius that reminds us a little bit of Dr. House (Hugh Laurie).

Who plays Dr. Riley? Why does she look so familiar?

Shoshannah Stern plays Dr. Riley in Grey’s Anatomy episode 13, “Save the Last Dance for Me.” Stern is an American actress most well-known for her roles as Bonnie Richmond in Jericho, Holly Brodeen in Threat Matrix, and Megan Graves on Weeds.

The actress is Deaf in real life. Her first language is American Sign Language; however, she can read lips and speak English without an interpreter.

Stern also starred in Lie to Me as Sarah, Another Period as Helen Keller and Supernatural as Eileen Leahy. Tonight’s episode is her first appearance on Grey’s Anatomy.

With our original cast members of Grey’s Anatomy dropping like flies over the past few years, it’s no surprise that showrunner Krista Vernoff is bringing in new blood. First, she gave us McWidow—Richard Flood as Cormac Hayes—and then she brought in Rafferty from Suits.

The addition of Stern comes as no surprise. With the loss of Alex Karev, we could use some new doctors on the show. As of right now, the actress is only listed on episode 13; however, that does not mean that she won’t be back.

If fans show that they love Stern, we could see Vernoff keeping her on as more than a guest. Tune in weekly for more Grey’s Anatomy on Thursday nights at 9 p.m. ET on ABC.

‘Grey’s Anatomy’: Fans Feel Strongly That This Was When the Show Should Have Ended