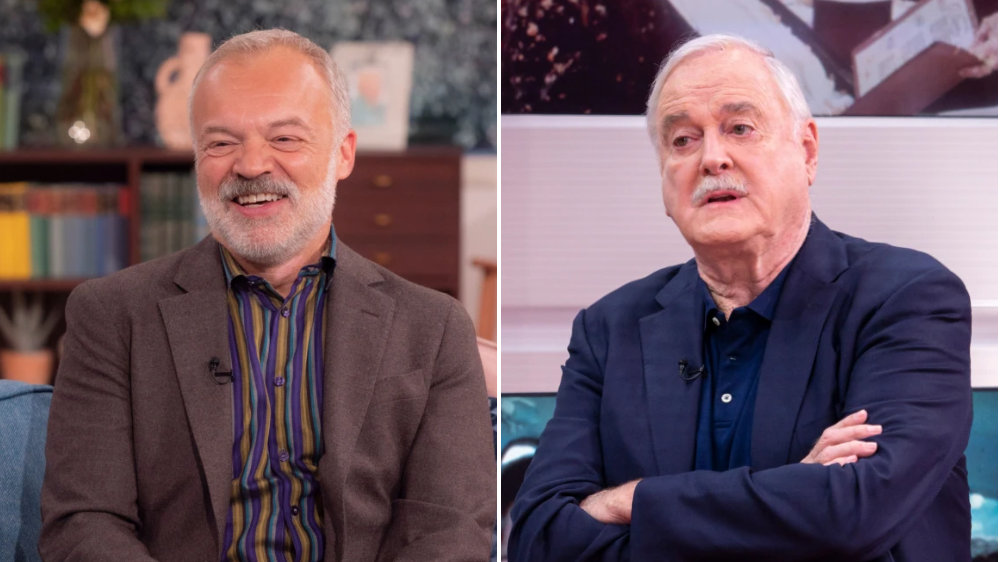 Graham Norton has fiercely criticised John Cleese’s view on cancel culture, arguing that the right word for the term is ‘accountability’.

Fawlty Towers star Cleese hit headlines on Monday when he revealed he would be joining GB News after being told it is a ‘free speech channel’ while bashing the BBC.

‘The BBC has not come to me and said, “Would you like to have some one-hour shows?”’ he said at the time.

‘And if they did, I would say, “Not on your nelly” because I wouldn’t get five minutes into the first show before I’d been cancelled or censored.’

Norton hit out at the actor and comedian, branding him as a ‘man of a certain age’ who has said ‘whatever he likes for years’.

‘I think the word should be “accountability”,’ he continued, the Telegraph reports. ‘John Cleese has been very public recently about complaining about what you can’t say.

‘It must be very hard to be a man of a certain age who’s been able to say whatever he likes for years, and now suddenly there’s some accountability.

‘It’s free speech, but not consequence-free. I’m aware of the things I say.’

Cleese has voiced his stance on cancel culture a number of times in recent years, and has also criticised a perceived ‘stifling’ effect of political correctness on creativity – saying there is no such thing as a ‘woke joke’.

Asked about how his new show with GB News came about, he said: ‘I don’t know much about modern television because I’ve pretty much given up on it. I mean, English television.

‘And then I met one or two of the people concerned and had dinner with them and I liked them very much.

‘And what they said was, “People say it’s the right-wing channel – it’s a free speech channel’.”’

According to GB News, his new series will air next year and feature him in conversation with his choice of guests on a wide range of areas that interest him.