We know which iconic Batman villains will appear in season five of Gotham (hi, Bane), but what about those baddies who have fallen by the wayside?

Fortunately for us, Gotham showrunner John Stephens has been happy to reveal who didn’t make the cut for the show’s new season – no matter how much he wanted them to be featured.

Speaking to ComicBook.com, Stephens admitted that despite “five years” of pushing for it, the mostly hilarious – and incredibly messy – Condiment King is yet to make his appearance.

Condiment King, aka Mitchell Mayo(!), was originally created for Batman: The Animated Series, and although not totally harmless, his main weapon is comprised of various sauce guns.

So, yeah, we have no idea why he hasn’t been chalked up as a Gotham series regular.

Elsewhere on Gotham‘s cutting room floor is Ventriloquist, another villain Stephens was keen to include – especially as the series gets set to pick up the comics’ No Man’s Land arc. 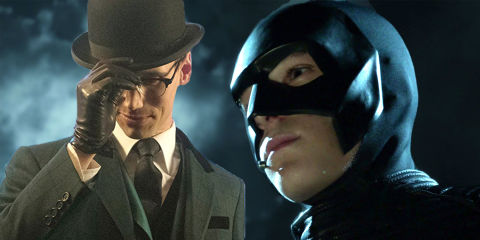 “Every time we wrote him in, he just kept getting squeezed out by the story, so we have Easter eggs with him in the story, obviously,” Stephens explained.

“We [also] have smaller gangs that feature throughout No Man’s Land that we’ve put into the story as well, but I would say Ventriloquist is probably the big one that we didn’t do.”

While the prolonged absence of Condiment King may be disappointing to some, it looks as though Gotham will make up for it with a certain “deranged girlfriend”. 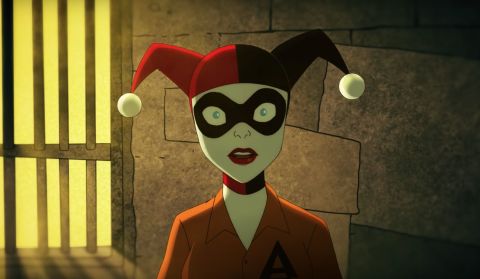 Teasing the arrival of a Harley Quinn-esque character, Stephens recently confirmed Jeremiah will soon get a girlfriend “who dresses in a multi-coloured fashion”.

“I wouldn’t describe it as a healthy relationship,” he added, “[and] she likes roller skates.”

Gotham airs on FOX in the US and E4 in the UK, where seasons 1-4 are also available on demand via Netflix.