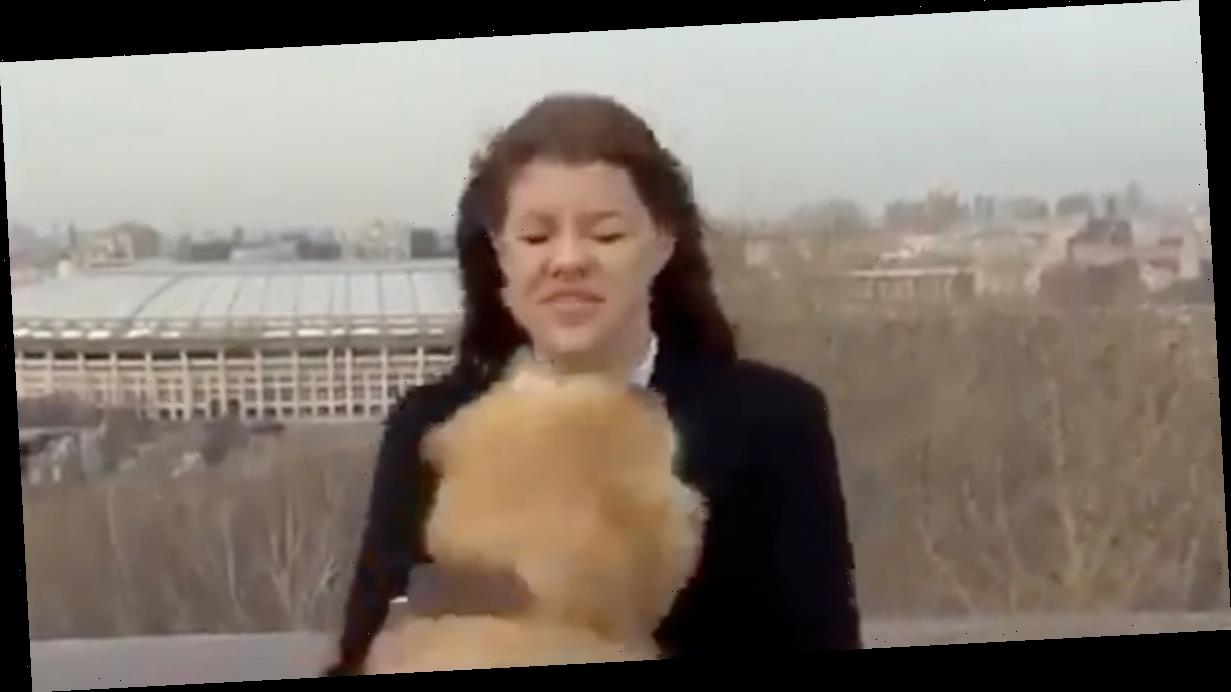 Calling all dog lovers! Sign up to TeamDogs for your weekly dose of dog news, pictures and stories.

A cheeky golden retriever has become a viral sensation after it snatched a journalist's microphone during a live broadcast.

Reporter Nadezhda Serezhkina was giving the weather forecast in Moscow for Russia's 24-hour TV station MIR24 when the dog suddenly bolted at her.

Video of the hilarious blunder, which took place on Friday (April 2), shows Nadezhda speaking to the host in the studio as the canine pounces on her and steals her green and blue microphone in front of the camera.

The moment turns into a short game of tug-of-war as Nadezhda tries to retrieve the equipment but the mischievous dog runs off with it at the end.

Nadezhda is seen giving chase to the pooch as the cameras cut back to news anchor Elina Dashkueva in the studio.

"It looks like we have lost the connection to our correspondent," she tells viewers.

"We will try to connect with her momentarily."

"It wasn’t clear where the dog came from or where he was headed."

It's a place where you can share a picture of your dog in our Top Dogs feed and share your doggy advice.

The golden retriever stood next to her and even raised a paw to Nadezhda when she was talking to the anchor.

Viewers were impressed by the journalists' professionalism to handle the unexpected situation.

One said: "That’s the actual funny bit. I think she believes in keep calm and carry on."

"Lead anchor apparently too scared to crack a smile there," a second wrote and a third added: "Dog ends weather report!"