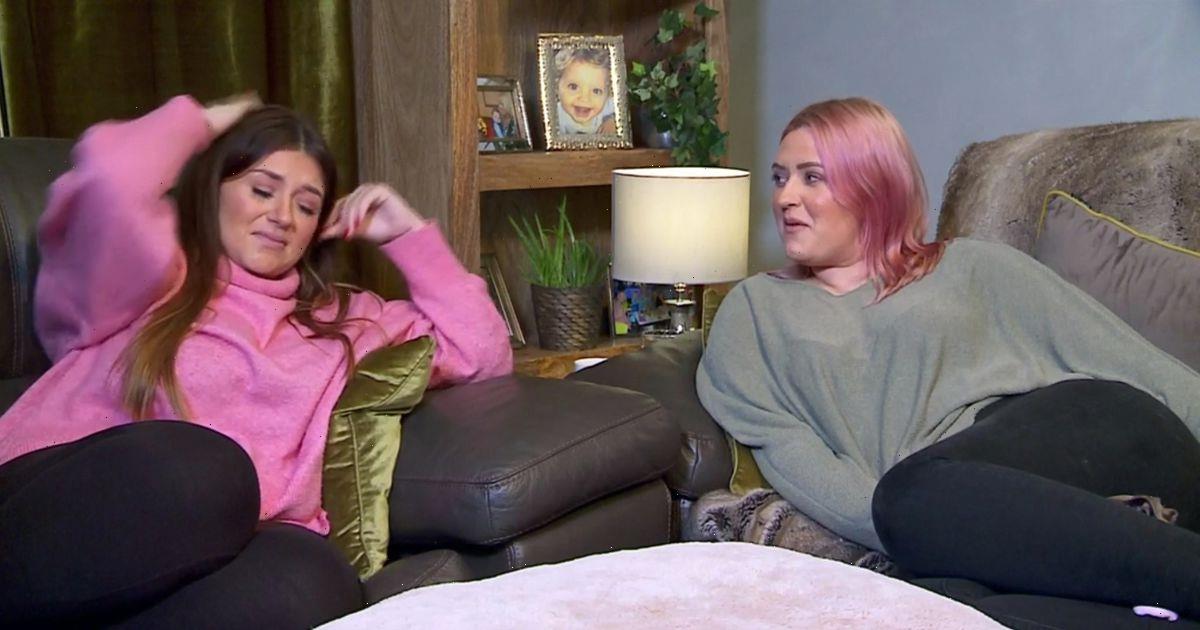 Channel 4's Gogglebox kicked off for a brand new series on Friday night, but as viewers got settled into the usual format of the show, eagle-eyed fans became distracted by a few changes.

One of the obvious alterations that spectators certainly noticed was reality star's Izzie and Ellie Warner's change of living room décor.

The sisters who usually sit in a pale blue living room in front of wooden bookcase took fans by surprise when they showcased a room that sported bright orange tones and loud wallpaper with a deep midnight blue panelling.

Noticing the décor had undergone a refurbishment, fans couldn't wait to share their views on social media.

While others wondered if the pair had moved to a completely different house.

Taking to Twitter one fan asked: "Did Ellie or Izzie move? The room looks different."

Another seemed to share this sentiment too and said: "Looks like Ellie and Izzy have moved house again!"

A third questioned: "Love the new wallpaper! Where did you get it from?"

Ellie, 29, and her younger sister Izzi, 26, have been fan favourites of the show since they joined in 2015.

The sisters first came on the programme when Ellie was approached by an old friend who was casting for the Channel 4 show.

Although they originally said no to auditioning, the pair later went ahead with it and successfully bagged the gig.

At the time Ellie said: "We thought ‘Who’d want to watch us?’ and then we got picked and couldn’t believe it!"

Away from the programme, last year before the national lockdown, Izzi gave birth to her second child in February 2020.

Revealing the awesome news to her fans the mother-of two wrote on Instagram: "So pleased to announce the safe arrival of our darling baby girl Bessie Rose. Born on 3rd February 2020 1:44pm, weighing 7lb 3oz.

"We are all totally smitten by her, feeling so blessed and happy. thanks everyone for all your well wishes."

Gogglebox airs on Fridays at 9pm on Channel 4