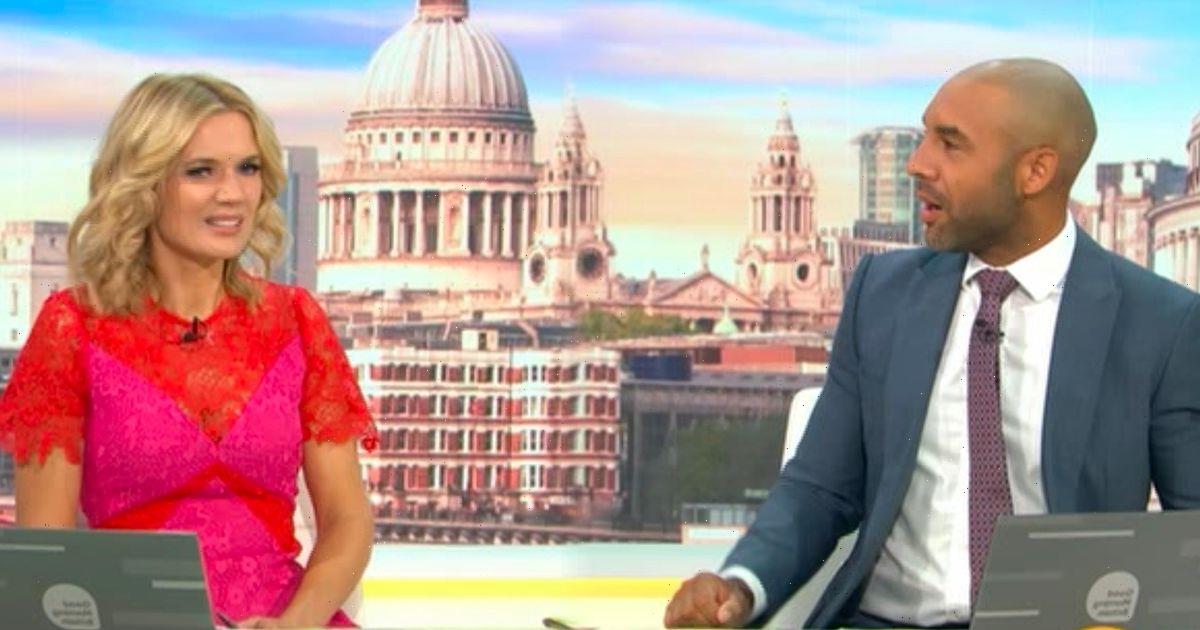 This came after a segment where the GMB team chatted to Charlotte Dujardin's sister and friend, following her Olympic triumphs on Wednesday.

The talented equestrian cemented her place in the history books as the most decorated British female Olympian of all time, winning a bronze in the individual dressage – the double champion’s sixth Olympic medal.

After the break, Alex welcomed viewers back and discussed the realisation that Charlotte was an established horse rider too after she revealed she has experience in dressage just like the British sports champion.

Alex introduced the next segment by saying: "Welcome back to Good Morning Britain, during the break, we established that Charlotte Hawkins actually does dressage, you kept that quiet."

Charlotte replied: "Well I didn't really know, because I have done quite a lot of horseriding and it was only when she was talking about the half pass and everything, that I actually thought 'I've done a half pass'.

"So, I used to do quite a lot of riding, haven't done it for a few months now.

"Don't do it quite like that, but I have done the half pass."

Alex added: "We should have got a horse in the studio and everything."

Charlotte cheekily said: "It might be quite tricky to do a half pass here and it has been a while so I can't claim to be as good as my namesake Charlotte Dujardin, there's a bit of a difference there."

Alex then came up with the idea that on tomorrow's show, the two male presenters could act like a horse for Charlotte to showcase her skills.

He added: "On tomorrow's show, we could make a human horse and you could ride us."

The other GMB presenter on Thursday's show, Se, said: "Ha, I'll leave that to you."

"Thanks very much for the suggestion. Shall we move on and find out what the weather is doing?"

The team swiftly moved on to the next section of the show after the host's awkward moment.