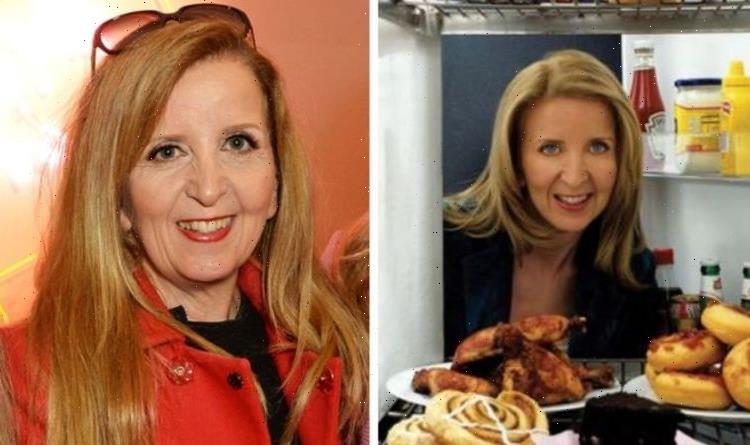 You Are What You Eat trailer from Channel 5

You Are What You Eat is set to be revived after 15 years as new hosts Trisha Goddard and ITV’s Dr Amir Khan are preparing to take on the show as the presenters. The original show saw Gillian McKeith making viewers squirm by enthusiastically taking on poor diets and inspecting their stool waste. However, Trisha has revealed the newer format is very different from the original.

Back in 2007, Gillian made her name as she looked through families diets and inspected their toilet waste.

A memorable moment viewers will remember is Scot, who used the title Dr after it was revealed she had no medical qualifications.

She also made an overweight woman cry by unveiling a chocolate tombstone in her garden with her name on it.

Now, 25 years later, Trisha and Dr Amir are preparing to take on the show as new presenters to help improve the diets of viewers.

The hosts will also be accompanied by Professor Lindsay Hall, who will be taking over the role of poo duty, hoping the show will open up a healthy conversation about dieting.

Speaking to The Mirror ahead of the show, Trisha said: “Everyone I speak to about my job says, ‘Eurgh, poo!’ and it’s a taboo subject.

“But it’s something we need to talk about more openly if your gut isn’t working properly, that normally means you’re not right in yourself and things need to change.”

In the reboot, viewers will spot similar elements of the show, including the table showing all the good a person eats in one week and the infamous stool sample.

Trisha also opened up about her own complicated experiences with food, drugs, breast cancer and three divorces.

She told The Mirror: “Food has definitely played a part all the time. When I went through my divorces, I wasn’t eating enough.

“I was down to just over eight stone. I can’t even look at pictures because I looked like a lollipop. That’s what I brought to the show.

“With many people it was the first time they’d been asked about what was causing their weight issues, the first time someone had actually said, ‘Take me back to where it started’ for most, that was a lightbulb moment.”

Dr Amir, who will be joining Trisha, spoke about the change in format and said: “It’s a different kind of show this time.

“I think most people will see that. It’s a far more scientific approach. I know through my job that shock tactics don’t work. It’s about understanding people’s lifestyles.

“One of the approaches Trisha and I had is that a lot of diets and exercise regimes are based on people of a Caucasian background.

“So, this time, we had people on from a black [or] South Asian background.”

Speaking on the examination of the guests stool, Dr Amir said: “We have a microbiologist who analyses it and talks about it.

“It’s still very important. And the food table just helps people visualise the type and colour of the food they are eating.”

Trisha added: “I didn’t realise how important gut health is to how your whole body works. It can affect your mood, how you metabolise food if you put on weight or lose weight.

“I haven’t started looking at my own [waste] though, I need someone with a microscope.”

You Are What You Eat airs on Channel 5 on Wednesday at 8pm.