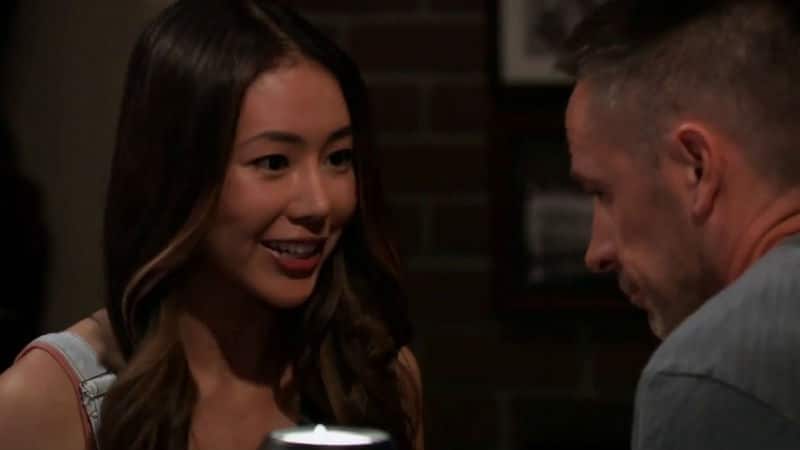 General Hospital is throwing fans curveballs through November sweeps. There has been a lot of speculation that Kristina (Lexi Ainsworth) would fall into something bad and now, it looks like viewers got a sneak peek of what it will be.

Yesterday, General Hospital fans saw Daisy (Kelsey Wang) talking to Kristina at Charlie’s Pub. She has been seen there a lot lately, always crossing paths with the younger crowd. First, she invited Kristina to a party and then, she offered Oscar (Garren Stitt) a place to stay.

Initially, General Hospital viewers pegged Daisy as a love interest for Kristina. After her split from Parker (formerly Ashley Jones), she was on a downward spiral.

Now, there are some other theories about why Daisy was placed in Port Charles.

Just who are Daisy & her friends? Click the link in our bio to see why some fans think Kristina should be careful! (?: ABC) #GH #generalhospital #soapopera #soaps #daytime #tv #television

Everything came to a head yesterday when Daisy miraculously helped Oscar through one of his headaches. Kristina was intrigued and asked for insight on how she did it.

Out came the book everyone has been talking about. Every Day Is a New Dawn was presented to Kristina and Daisy encouraged her to read it.

So, what is the book all about?

First, it isn’t an actual book. It is something made up for the show, and General Hospital viewers are insisting that it has something to do with a cult.

Could Daisy be a recruiter for lost souls? It would make sense given the way she talks about her friends and her eagerness to help both Kristina and Oscar.

Right now, nothing is confirmed about the cult. It is all assumptions based on clues dropped. With the way Kristina is spiraling and the trouble she was predicted to be in, this could take viewers through November sweeps and clear into 2019.