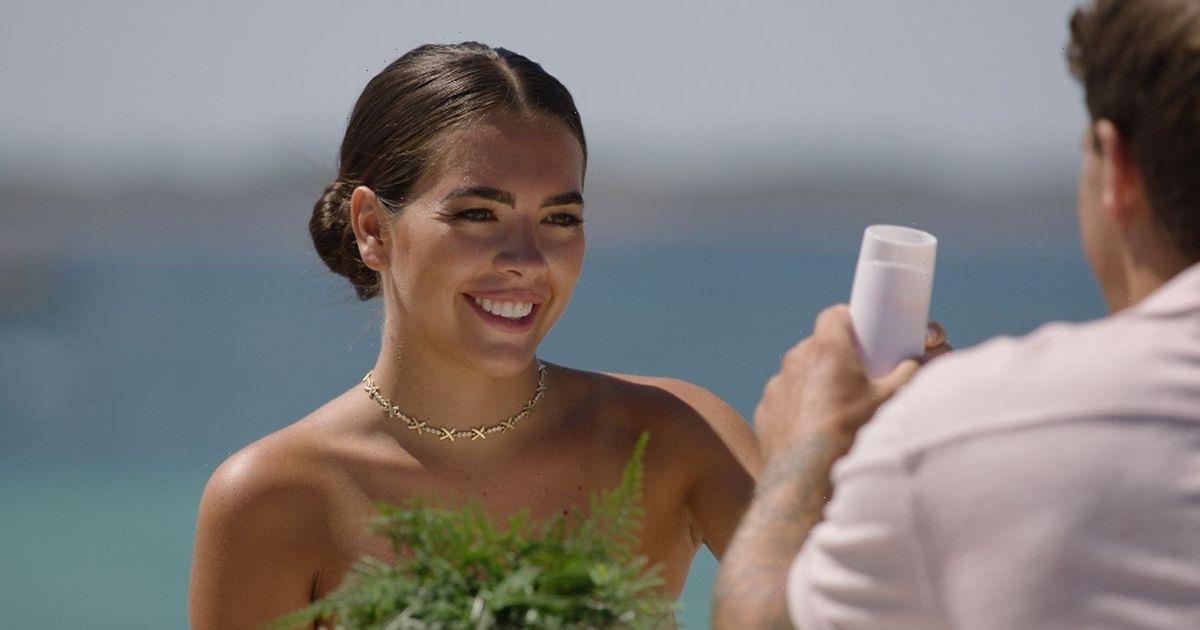 The adorable pair have been coupled up for most of the series so far and are the strongest couple in the villa, with their relationship going fairly smoothly compared to some of the other Islanders.

In last night's episode the happy couple were whisked off to a romantic waterside restaurant. During the romantic date they spoke about their plans for outside the villa as they hope to introduce each other to their family.

The couple looked good together as they got dressed up for the date and Gemma looked stunning in a bodycon dress and a sleek bun.

The elegant ensemble drew lots of attention to the glittering gold necklace that she was wearing.

Gemma has worn the same gold chocker throughout the series, leaving fans wondering what they story behind it is. Here's everything we know about Gemma's necklace.

Where is Gemma's necklace from?

Eagle-eyed fans spotted that Gemma is rarely seen without the necklace and were eager to know where the piece was from.

Finally, Scottish TikTok user Briege Elder cracked the mystery, she told her followers: "We need to talk about Gemma Owen’s gorgeous necklace that she is never seen without.

"About a week into the series I noticed this necklace and thought that looks kinda familiar and also it’s kinda expensive. And I was right."

She went on to reveal that the piece is from the Tiffany & Co x Schlumberger collection.

The necklace was designed in the 1980s and is set with diamonds that alternate with golden Xs.

It's bad news for those looking to get their hands on the same piece, as its almost impossible to find and is no longer sold by Tiffany & Co.

It's obviously a sentimental piece to Gemma, who has worn the necklace every day in the villa, and she was first spotted wearing it on her Instagram in December 2021.

How much is Gemma's necklace worth?

If you do manage to find Gemma's Tiffany & Co x Schlumberger necklace for sale, it's likely to set you back an eye-watering amount and some version's of the piece have even sold for $40,000 (£33,836) online.

For those with a lower budget there's also a matching yellow gold and platinum bracelet version of the necklace currently going for £20,095.68 on eBay – bargain right?