GB News: Hosts clash on whether police should take the knee

After the chief constable of Greater Manchester Police, Stephen Watson, spoke out against taking the knee and branded it as “virtue-signalling”, the Great British Breakfast presenters were keen to weigh in with their views on the debate. GB News’ Darren McCaffrey, Nana Akua and Kirsty Gallacher were joined by Rebecca Hutson in the all-new studio who put the quotes to the presenters for their thoughts. However, when Darren and Nana shared their opinions, a heated row quickly erupted.

“There’s a big conversation about the police constable of the Greater Manchester Police force, the second largest police force outside of the MET,” Rebecca began.

She continued: “He said the public have had enough of the virtue signalling police and that rather than taking the knee or wearing rainbow laces, what we’d rather is that they go and stop burglaries and caught criminals.”

Rebecca then asked her GB News colleagues: “Do we not think the police do have a bit of responsibility to sort of show solidarity with those over-policed groups?”

However, before Rebecca could even finish her question, Nana could be heard interrupting as she said: “No, no, no, no, no.” 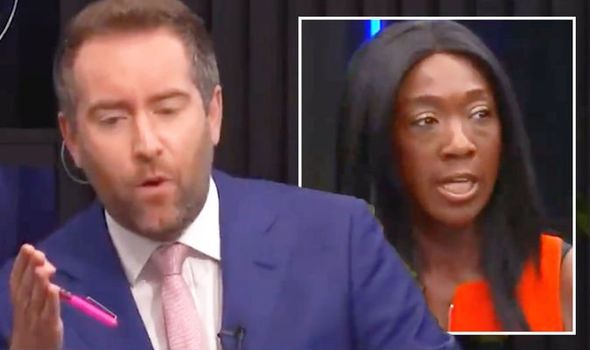 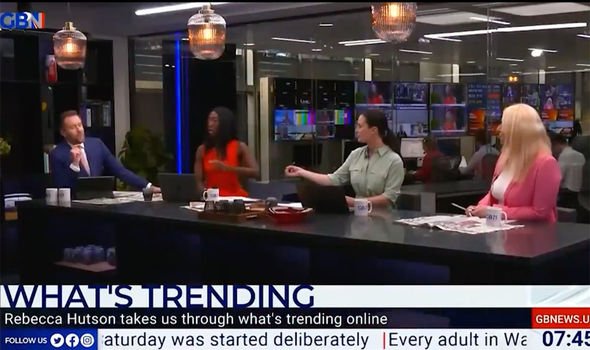 Nana explained further: “They shouldn’t be taking the knee. No police officer.

“Because then they’re actually assigning themselves to one side of the argument and they shouldn’t be doing that.”

Nana’s passionate retort continued: “Look, if you have a burglar in your home they don’t come to your house for goodness sakes, they’re on their knees doing some taking the knee gesture.

“It’s ridiculous, it’s the wrong energy – the police force need to be neutral.” 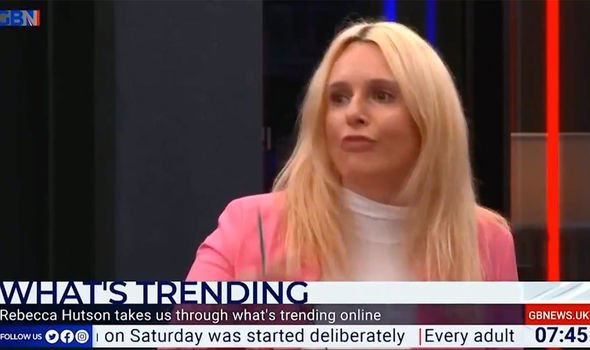 Darren and Kirsty both tried to interject but Nana continued her tirade against the gesture.

“What happens if people decide that well the police force have taken the knee, that means they’re on the side of Black Lives Matter or whatever it is and that’s going to cause conflict.”

Kirsty then suggested it was separate police officers’ decision whether they want to take the knee or not before Darren weighed in: “I don’t think (they should take the knee) in uniform.

“My fundamental point is, you know, Black Lives Matter is a political campaign, they shouldn’t be associating themselves with that.

“Thus I think there is an element in which the police do need to reflect some of things that are happening in our society.”

But Nana quickly cut off her co-star, shutting down his point of view as she protested: “No, well they might do but they’re police so they’re neutral.

“They can not assign themselves to one side of the argument,” Nana hit back.

The pair’s row continued as Darren insisted the police should be able to express their views or protest as they see fit.

“I see your point about Black Lives Matter, I’m not sure we agree on other things,” he said as he tried to bring the debate to a close.

Kirsty and Rebecca shared a laugh with their co-stars as the heated discussion died down and the foursome discussed over headlines.

The Great British Breakfast airs daily at 6am on GB News.