The third episode of Game of Thrones season eight will see the Night King (played by Vladimir Furdik) and his army of the dead descend on Winterfell as he continues to invade Westeros and bring the Long Night.

Jon Snow (Kit Harington) has gathered as many men as he can and has the support of Daenerys Targaryen (Emilia Clarke) and her army of Dothraki and Unsullied, Ser Jaime Lannister (Nikolaj Coster-Waldau) and the northern houses.

As they prepare to go into battle in the third instalment, fans have been busy trying to predict which characters will perish in the bloody battle.

However, it seems Jaime may have sealed Jon’s fate back in season one when they met for the first time and the King in the North was preparing to join the Night’s Watch.

In episode two of season one, Jaime can be heard asking Jon: “A sword for the wall?”

“I already have one,” Jon replies as he stands by the blacksmith working on a sword for his sister Arya Stark (Maisie Williams).

Jaime responded: “Good man, have you swung it yet?”

“Of course I have,” Jon hit back defensively.

But Jaime laughed: “At someone I mean… strange thing the first time you cut a man, you realise were nothing but sacks of meat, blood and bone to keep it all standing.”

Jon simply looked at Jaime but the knight wasn’t finished with his teasing. 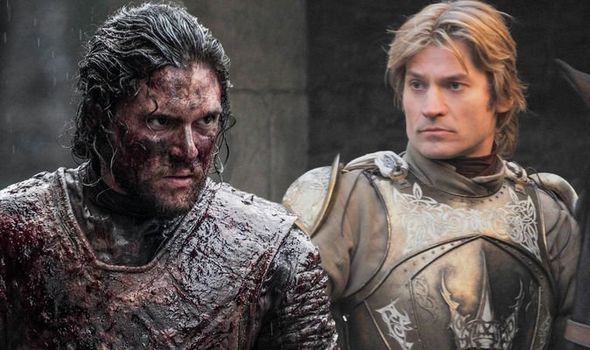 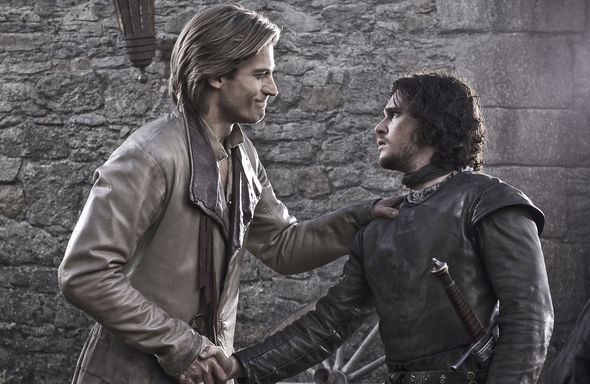 However, it’s what he said next to Jon which may have sealed his fate in the Battle of Winterfell.

“Let me thank you ahead of time for guarding all from the perils that lie beyond the wall, wildlings and white walkers and what not,” he smiled.

“I’m grateful for the good strong men like you protecting us.”

While Jaime was simply referring to Jon joining the Night’s Watch, it may have also foreshadowed Jon’s role in building an army to take on the Night King and his warning that everyone must work together to defeat the dead.

Could Jon be the only one to stop them with his death ending the Night King’s terror? 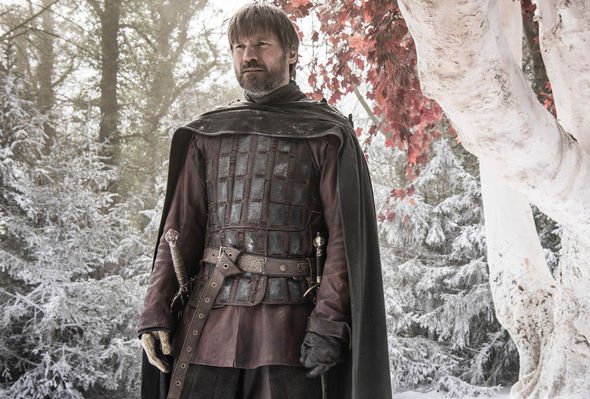 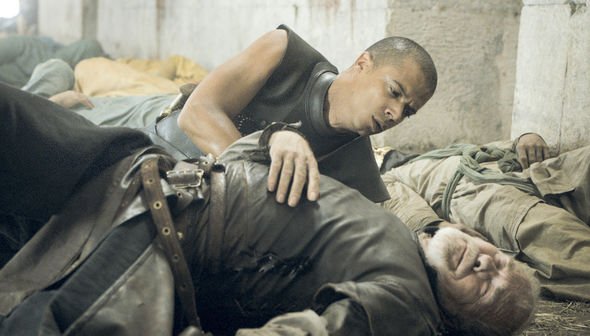 It comes after Grey Worm star Jacob Anderson revealed his co-star Ian McElhinny who played Ser Barristan Selmy was not happy about being killed off in season four.

Jacob told host Jamie East: “I think he said to me, that scene where he dies, also because we got the scripts in dribs and drabs then, it was like that was the end of that pack of scripts but I didn’t know if we were both dead.

“When Ian found out he was like, ‘No, in the books I don’t die,’ he kept being like, ‘It should be you, it should have been you.”

Game of Thrones continues Sunday on HBO in the USA and the following day on Sky Atlantic in the UK.